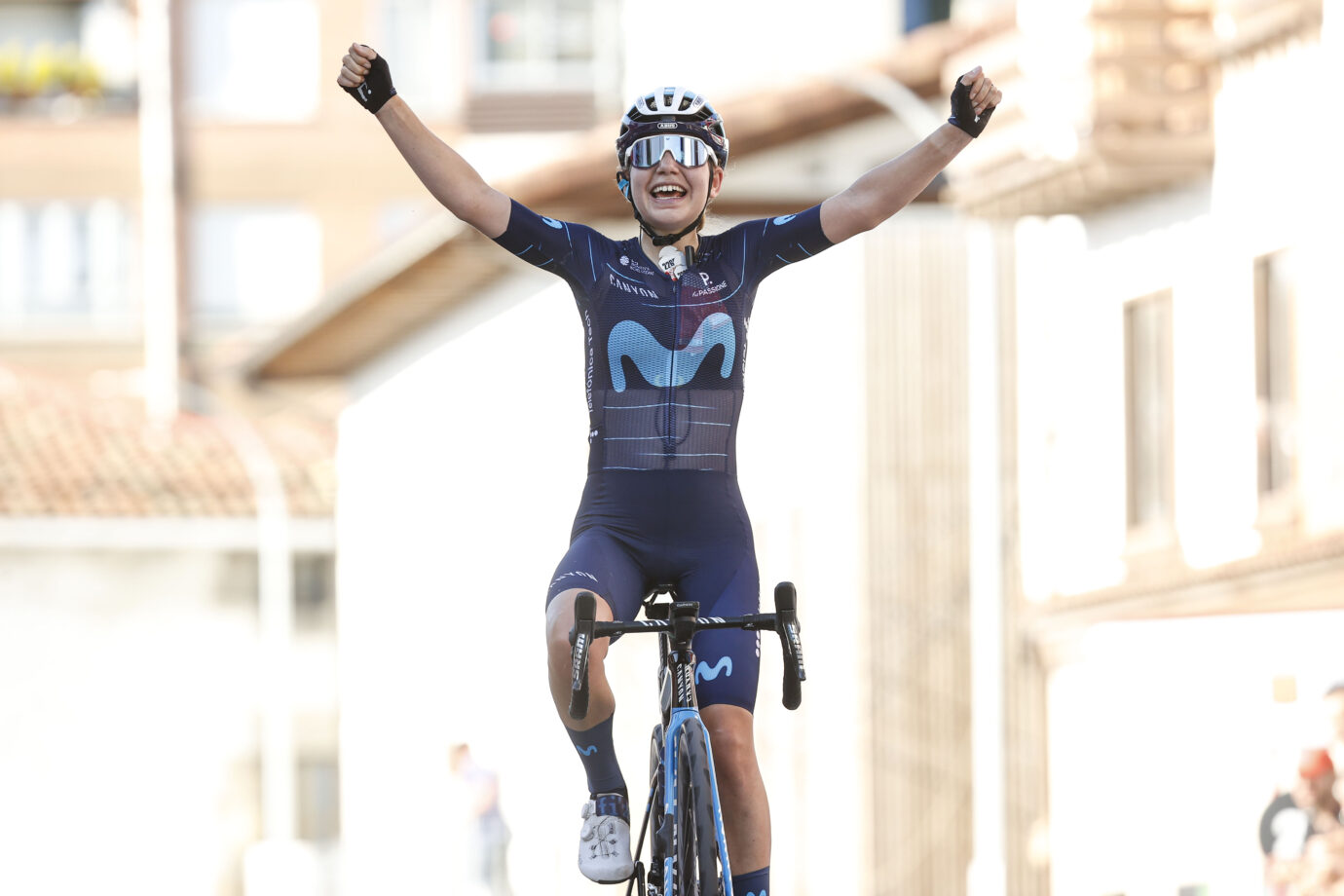 Australian youngster completes sensational 30km solo action to succeed in Irurzun, the place where the current Telefónica-backed squad was born, and give the Blues their 15th victory this year.

May this streak never end! It only took five days and two races for the Movistar Team to continue increasing their incredible 2022 palmarès with another victory, the 15th this season, thanks to one of the biggest up-and-coming talents in the women’s peloton. Sarah Gigante took Tuesday’s honours at a warm, demanding Emakumeen Nafarroako Klasikoa, the first of the Navarra classics, with a sensational attack over the final section of the 139km race -with eight rated ascents- around Irurtzun, the place where the current Telefónica-backed squad was born almost half a century ago.

Not even a crash when already making part of the final selection prevented the 21-year-old from Melbourne from jumping away from a nine-woman group over the descent of Saldías, 35km before the end, a field also including her team-mate Paula Patiño. The Colombian, eventually a well-deserved 3rd spot, covered all moves from behind while ‘Gigi’ ammassed an ever-increasing gap, which exceeded 2’30” over the line. The early work from Lourdes Oyarbide, Sheyla Gutiérrez -joining the first moves-, Sara Martín -strong solo action- and Katrine Aalerud all helped the Sebastián Unzué / Jorge Sanz-led group en route to another success.

It’s absolutely amazing. I’m in shock, it’s crazy. I’ve never been in the top-10 of a European race, so making my first top-ten a victory is amazing. The whole team was so, so awesome. Paula, obviously, coming in 3rd was so good, but she made it even better by helping so much, chasing everyone behind so they didn’t bridge back. It was a whole team effort — thanks also to Sheyla, Lourdes, Katrine and Sara, for keeping the front all day. We had such an amazing support staff — I just don’t want to forget about anyone! I loved the course, too; thanks to the organisers for designing such an amazing parcours, it’s the kind of course that I love. This is beyond my dreams; I could never wake up thinking I could win this, and I’m going to really enjoy it.”