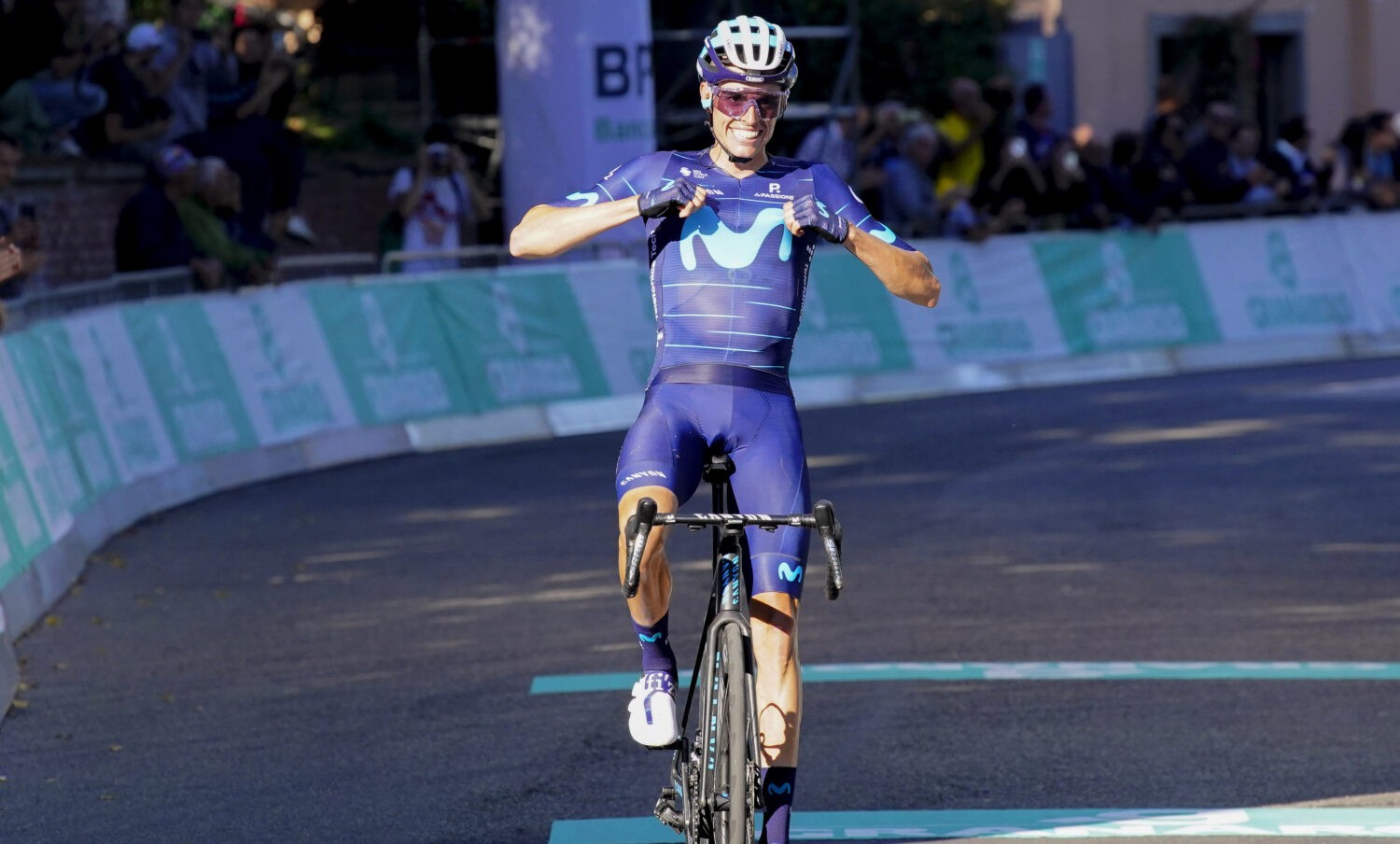 A top support and an unstoppable leader. The Movistar Team continues to enjoy excellent form at their late-season races and got back to winning ways at Saturday’s Giro dell’Emilia -with its five decisive climbs of the Santuario di San Luca in Bologna- with a sensational Enric Mas. The Spaniard raised his arms victorious for the second time with the Telefónica-backed squad as he bested some of the best riders in the world in the beautiful climb of the Portici.

Two spectacular accelerations from Enric allowed him first detaching himself from the favourites’ group, with the only company of double TDF winner Tadej Pogacar (UAD, 2nd), and later go solo towards victory from a five-rider elite group also including Domenico Pozzovivo (IWG, 3rd), Rigoberto Urán (EFE, 5th) and a magnificent Valverde, 4th following his podium finish at Thursday’s Coppa Agostoni.

This is Mas’s sixth victory since joining the ranks of the WorldTour -his latest to date being the Queen stage of the 2021 Volta a la Comunitat Valenciana- as the Blues get up to 42 so far in the 2022 season, the men’s squad (16 wins) aspiring to improve that already-magnificent run in the last few races of the season, as they bid farewell to #LaÚltimaBala.

“I had completed some nice training rides after La Vuelta, and knew that I was in good condition. At the Coppa Agostoni, I was so cold, and couldn’t perform at the best of my condition. Alejandro was there, fought until the very end, and it was my turn to try things today! Everyone knows how strong Tadej Pogacar is; it’s a huge satisfaction for me to be able to finish off an attack with him involved.

“It’s been a difficult year, because I suffered so many crashes early in the season and my confidence was down. Fortunately, after the Tour I was able to reset myself perfectly, and confidence and legs are back over these last few months of the season.

“Lombardia is 60km longer than this, and we know that Alejandro’s style is more suited to those classics. Today was just a different race – we were able to win, now it’s Tre Valli and some other classics, where we also hope to be able to fight, and then comes Lombardia, which will be the biggest goal of this late season.”