Rising to the top

AMONGST THE BEST IN THE WORLD. Spaniard Enric Mas mostly confirmed in 2020 what many were hoping from him: contesting good GC results at the biggest Grand Tours. 5th in both the Tour and La Vuelta, he shone the most at the Queen stages of both, with a 6th place at the Col de la Loze and a 3rd atop L’Angliru, catching attention from Spanish fans as he came so close to winning. Raising his arms victorious for the Movistar Team will be, together with that consistency, one of the Artà native’s biggest motivation for 2021.

RACES OF HOPE. His future in Grand Tours was propelled by a sensational second appearance in the Vuelta a España, in 2018, where he completed a fantastic performance. His excellent results over the second half of the race were crowned by a win at the final mountain stage in Andorra, atop the Coll de la Gallina, where he rose to the 2nd place overall behind race winner Simon Yates. In 2019, he conquered a WorldTour stagerace, Guangxi, and made a nice debut in the Tour, wearing the white jersey for a couple of days.

THE BEST SCHOOLS. Mas’s class and quality cannot be talked through without mentioning the two structures which saw him grow in the last few years. At the Fundación Alberto Contador -whose famous backer doesn’t doubt one bit about mentioning Mas as the biggest Spanish prospect-, the Mallorca native honed in on his racecraft before jumping into Patrick Lefévère’s boat: first with its development team -Klein Constantia, where he notched up the GCs of Alentejo and Savoie + a 2nd place overall in the hellish Valle d’Aosta-, then with now-called Deceuninck. 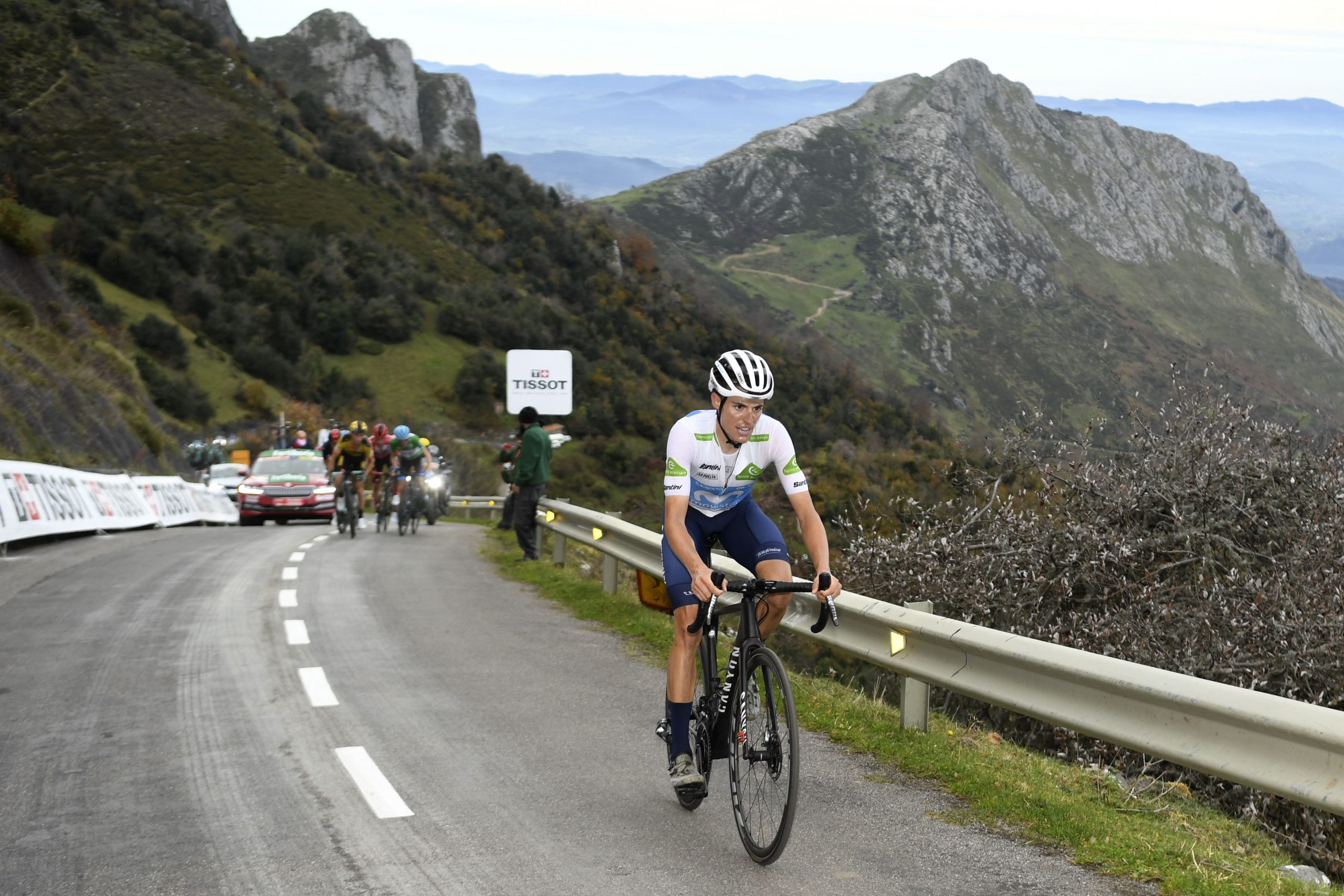 On the attack at L’Angliru. 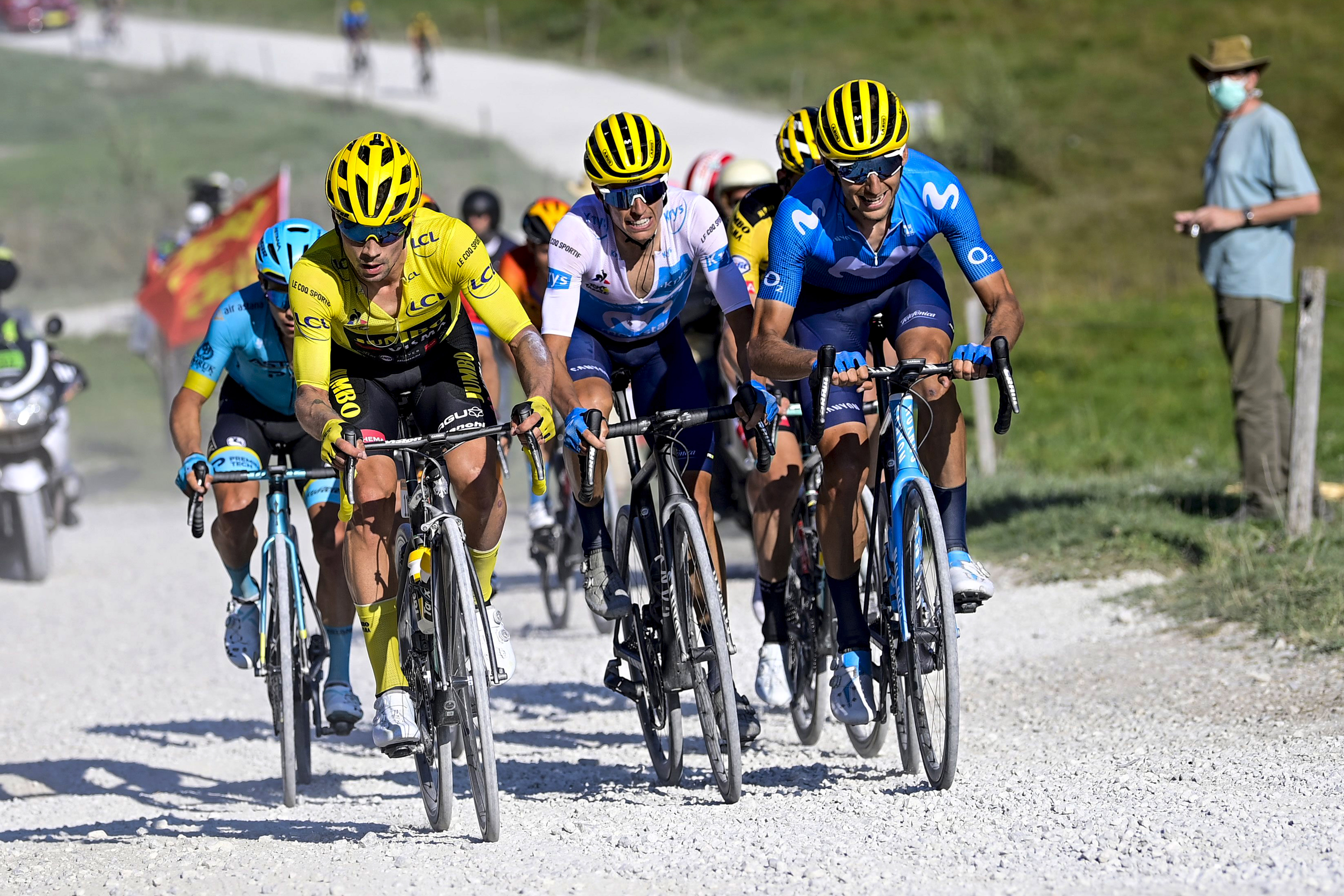 Flying over the mountains of Le Tour. 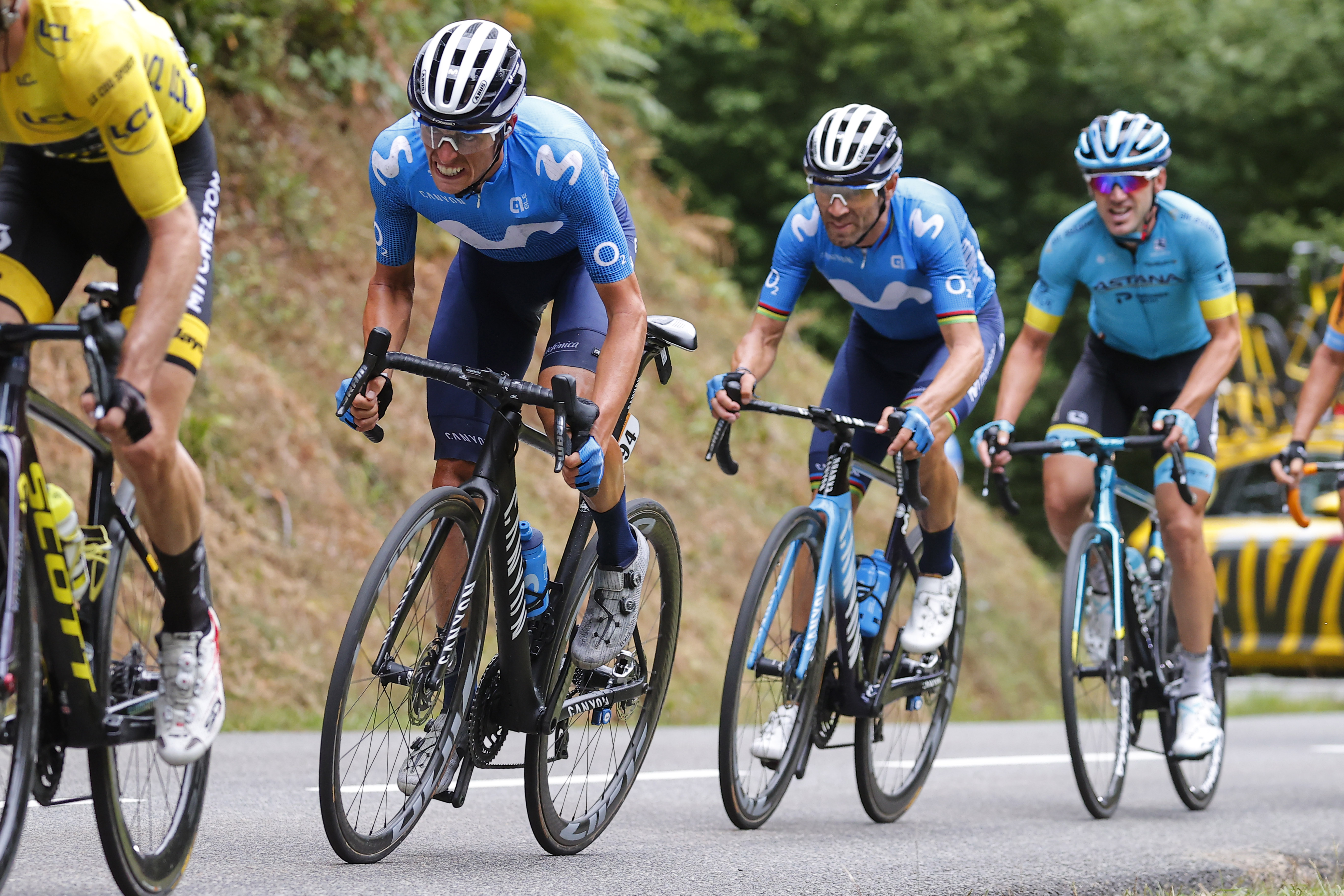 Alongside his idol, Alejandro Valverde.