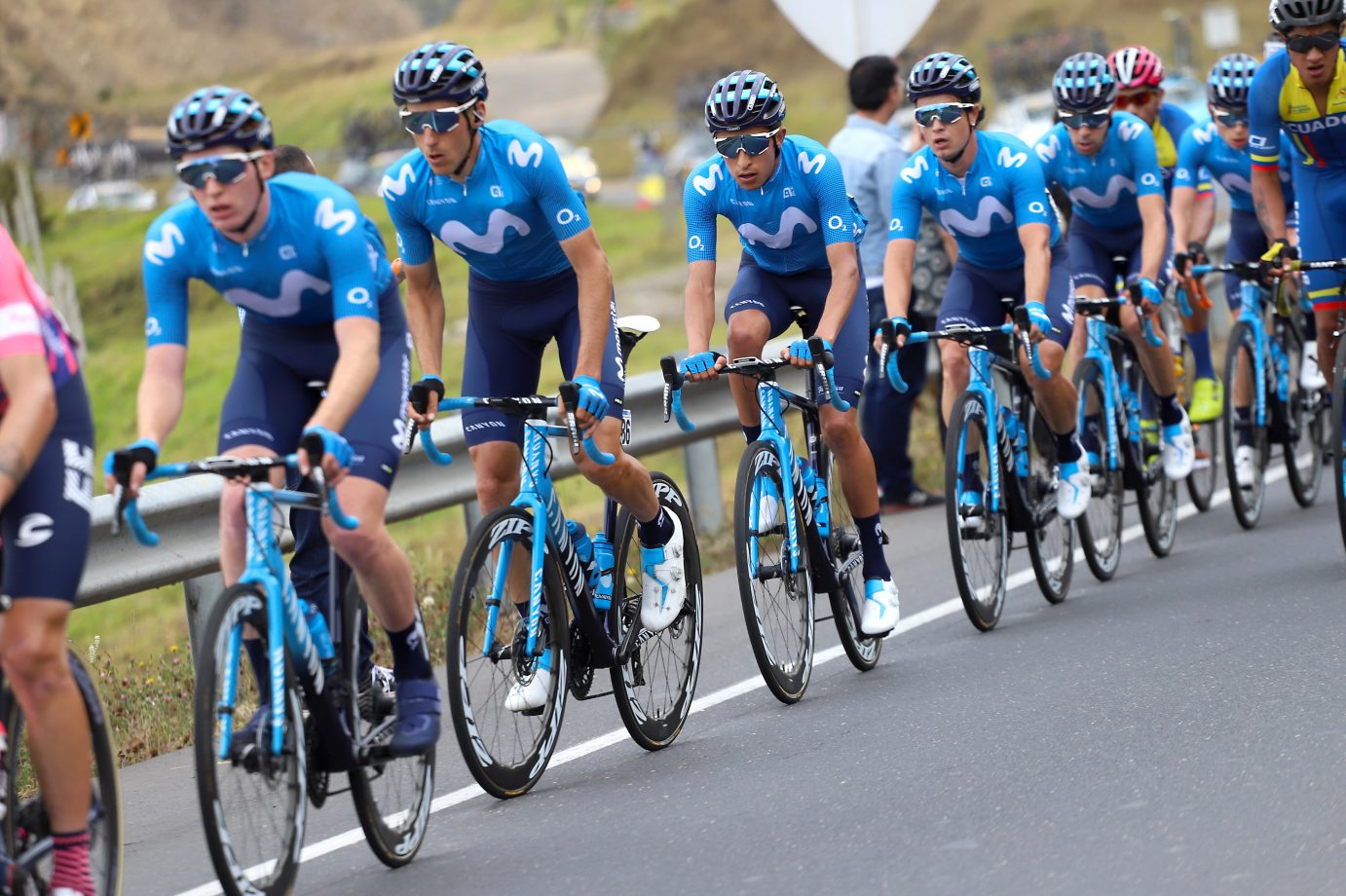 Juan Diego Alba remains 20″ off overall top-ten after yet another bunch in Zipaquirá, won by Molano (UAD).

The 2020 Tour Colombia witnessed its third bunch sprint finish on Saturday and Sebastián Molano (UAD) claimed as many victories in this week’s race after a tight contest against Álvaro Hodeg (DQT) in Zipaquirá, end of the 180km stage five from Paipa, in Boyacá, to the Cundinamarca region before Sunday’s mountain showdown just next to Bogotá.

Tomorrow’s effort, up towards nearly 3,300m above sea level at El Verjón, is hoped by the Movistar Team to be a chance to shine with Juan Diego Alba, who was well protected all day by his team-mates. The Blues kept the front for most of the stage and took good turns during the final 15km with Sepúlveda, Verona and most notably Matteo Jorgenson, who brought him right into the finishing straight. The Tuta native remains 20″ off the overall top-ten and 1’51” behind race leader Sergio Higuita (EF1), who had no troubles to keep his jersey.

The 183km stage six will feature two climbs of Sisga (Cat-3) and the Alto de Patios (Cat-3; 3km, 7%) as main difficulties before the longer, more decisive El Once, nearly 10km at 5.5% average gradient.

“I’m fine and happy to have finished today’s one inside the peloton and in one piece. It was quite a fast one, also a bit cold with the rain early on, yet I think we did everything alright, got safely through any setbacks – all in all, happy and ready to get back to the hotel, rest up and give it our all tomorrow. It’s the final stage, the decisive mountain climbs in the race, and the moment to spend all energy we’ve got left.”