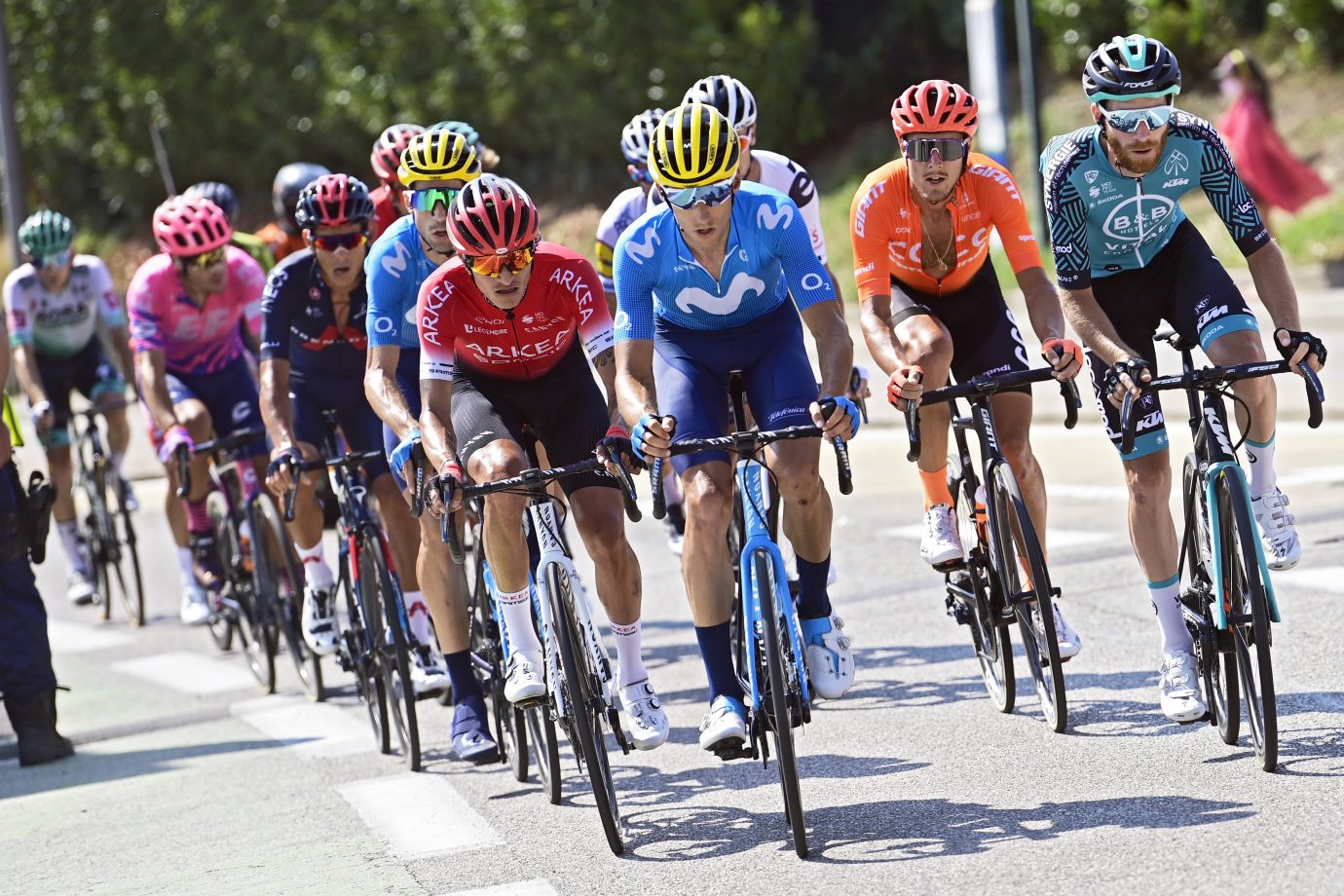 After the second, final rest day, it’s time for the Alps! To open this tough, final mountain block in the Tour, 164km with five categorized climbs and a demanding finish, yet different from usual: after the Montée de Saint-Nizier-du-Moucherotte (Cat-1 + Bonus; 11.1km @ 6.5%), there’s 21km to the finish of Villard de Lans (Cat-3), just over 2km of climbing at 6.5%. That flat section could predetermine the GC contenders’ attitude, or rather bring the spectators some unexpected moves.

The Tour de France keeps living in the summer, despite the fact that we’re sitting just few days away from autumn. With 31ºC in the valleys and just over 20ºC at the climbs, no perceptible winds and no clouds, the ‘Grande Boucle’ continues to enjoy splendid weather – even though the tendency is to slightly worsen, not decisively, as we approach the final weekend of racing.

Carlos Verona: “It was a really tough day. It took a lot before the break was estsablished, and the riders there were so talented. We tried to navigate through the day in ‘economy mode’ before the crucial moments of the stage, but with such strong contenders, there wasn’t much ‘economy’ energy left into our legs. The strongest were simply a few steps too far, and even if we did our best, we couldn’t enjoy a shot at it. We gave everything, and that’s what counts in this case.

“The team GC? Well, it’s true that we had Jumbo-Visma close to us in the standings, and being honest, we really aren’t on par with them at this moment (smiles). It was important to get ourselves into the break, and both Imanol and I responded well to the challenge, got a big gap at the end and improved our chances to get to the final podium in Paris, which is always beautiful. As a team, I think we’re working well, doing everything we can at each other’s terrain, and there’s two tough battles to cap it off tomorrow and Thursday.

“During our Courchevel training camp we went on a recon of the Col de la Loze, and it’s such a hard climb. However, I think Thursday’s stage is even more demanding. Five consecutive climbs, the extra efforts, some people trying to go for Tour glory – everyone is really looking forward, or fearing, those two days, and we hope the fans are able to enjoy the show.”

Imanol Erviti: “We entered the break because of a bit of everything. It was kind of a ‘strange’ start, with a tough series of little climbs, where we thought Bora could go again on a battle to try and take some points back for the green jersey. We had to stay focused, and that’s why there were two of us into the break. I saw a split forming behind me, Carlos told to me on the radio he was also there, and I pushed hard to make that move stick. They ended up giving us a huge gap, something which had not happened before in this Tour, and even if we tried our hardest to contest the stage -more Carlos than me; it wasn’t a good finish for me and I worked for him-, we could not do much. We had to be there to keep the team covered, to be able to give them a hand in case they needed – even the team GC, now that you remind me of that, though you don’t really look at it during the race. We did our job, and there’s more tomorrow.”

“It’s been such a hard Tour, everyone’s energy is low at this moment and this season is so, so, so different. Stages like tomorrow’s can see individual attacks from GC contenders, yet I think both Wednesday and Thursday are good day to get people into the break and then try to bridge back and profit from their work. The Col de la Loze? Tough, yet so beautiful. It’s a spectacular mountain, pure Alps, stunning, and it seems like we’ll have great weather. It seemed to hard to me, brutal. Enric? It’s two days for him not to make any mistakes, and if he’s got the legs, I know he will try and make a move, I’m sure about that.”

Wednesday’s stage 17 will be what most believe is the Queen of this TDF: 170km from Grenoble that will feature two majestic climbs, the Col de la Madeleine (HC; 17.1km @ 8.4%) and the finish up the Col de la Loze, the ‘ceiling’ of this year’s race (2,304m), with 21.5km at 7,6%. The race could be decided there – though there will remain another mountain stage + the TT showdown.