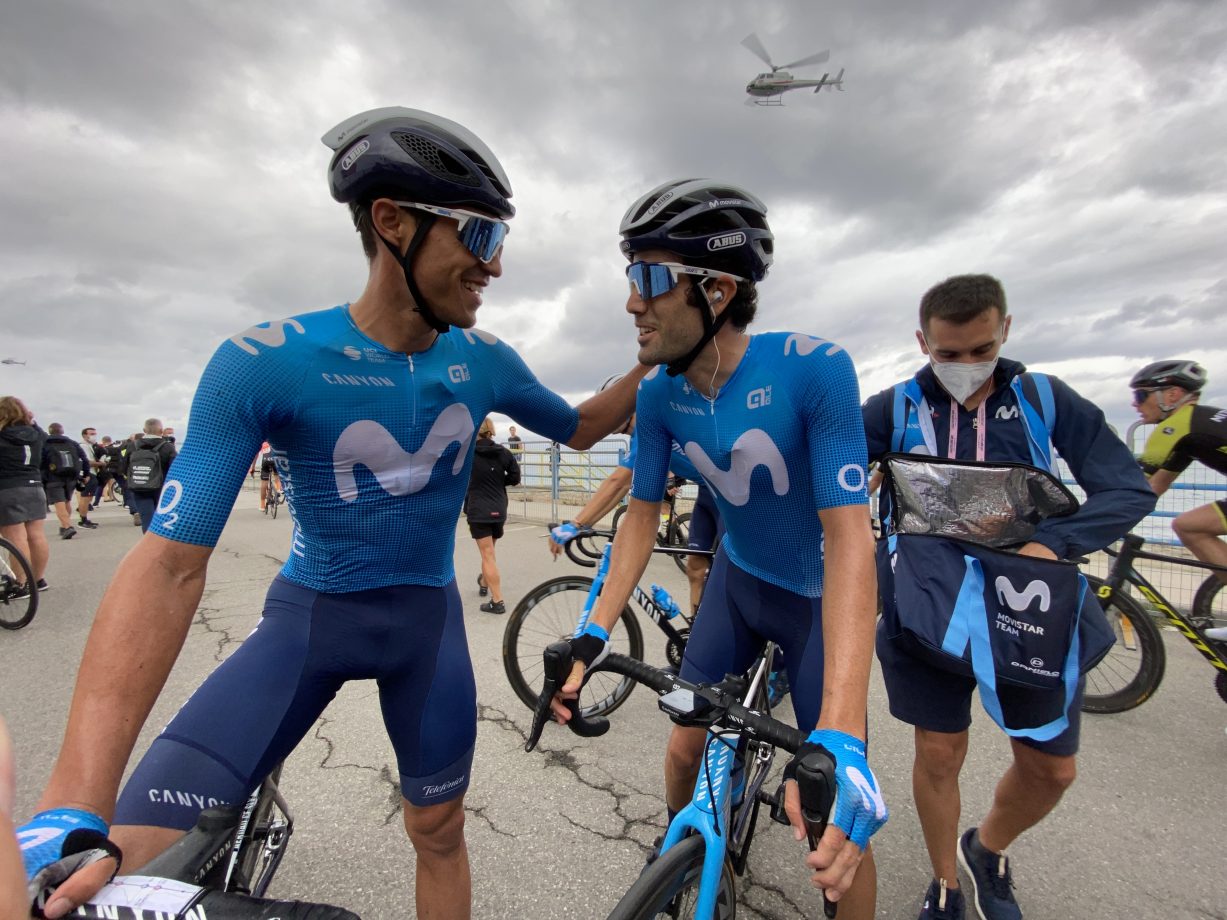 Movistar Team keeps Pedrero, Samitier into top-20 overall in Giro d’Italia as Démare (GFC) wins first bunch sprint in the race, into a field reduced by the mountains.

It was the fourth, and final, stage through Sicily in the 2020 Giro, before travelling this very Tuesday back to the Italian Peninsula. It was also the first chance for the sprinters, though there would surely be teams willing to make things hard for those less suited to the climbs into the main ascent of the day: Portella Mandrazzi (Cat-3; 19.6km at 4%), located halfway through the 140km route from Catania to Villafranca Tirrena.

It wasn’t as warm as on Monday’s approach to the Etna, with around 22ºC in the eastern part of Sicily, some headwind and, fortunately, a slimmer chance of rain, only in the final stages, after the Etna ascent was affected by some drops near the top.

Wednesday will bring the first ‘marathon stage’ of this Giro, over 225km and a demanding route between Mileto and Camigliatello Silano. The second part of the race will be quite lumpy, with the climb to Triolo (Cat-3, 111km); a subsequent 70 kilometres full of ups and downs; and, most importantly, the Valico di Montescuro (Cat-1). It’s a 24-kilometer (!!) ascent, at 5.6% average gradient, with a central section at 12% and whose summit will be just 12km from the end. The descent also contains some sections one could quality as ‘pedalabili’, as Italians say, so it isn’t easy, either. Will we again see some moves from the GC contenders?