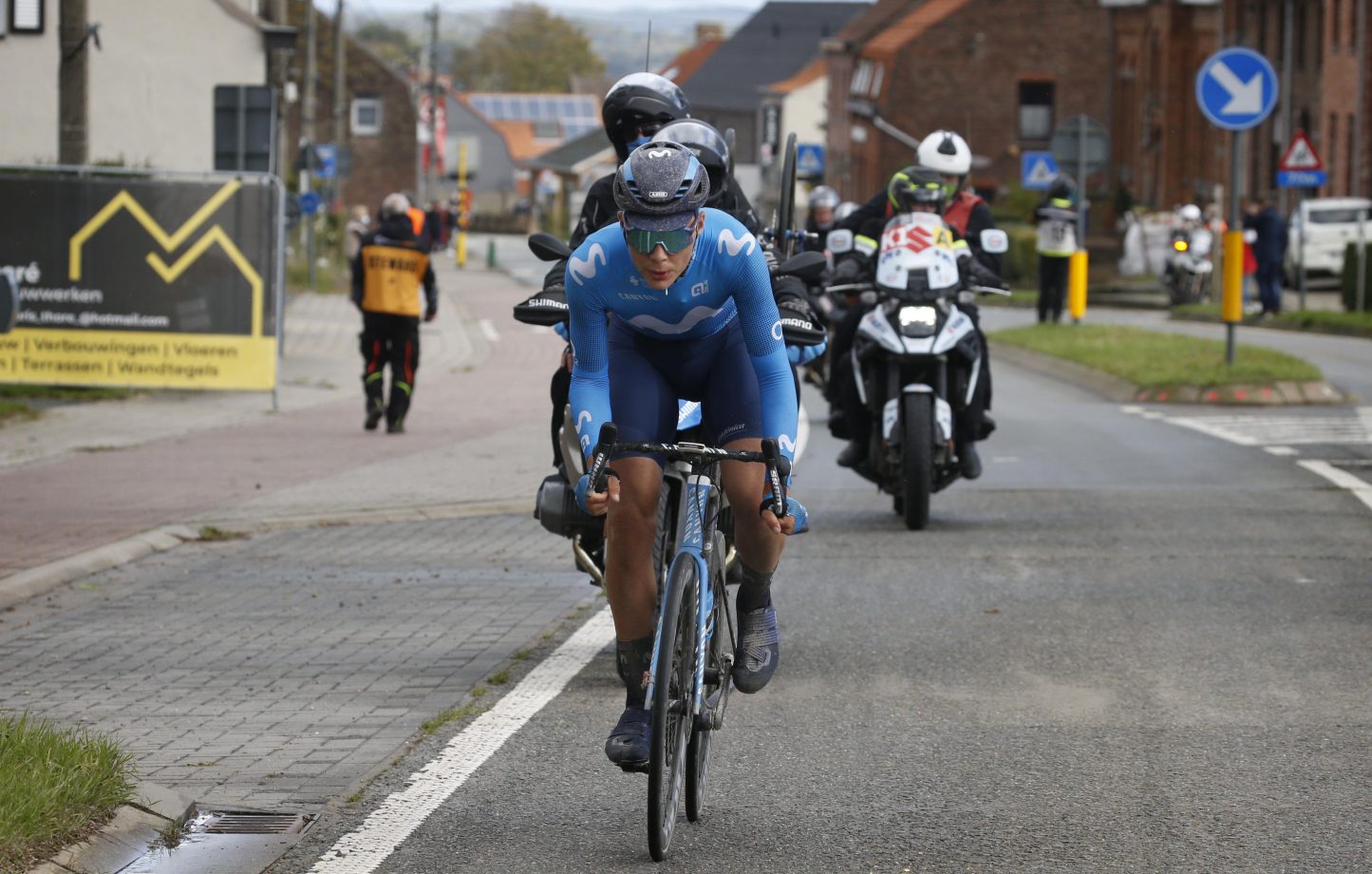 Swiss from Movistar Team on the move at final 90km in Flemish classic, following the early break before the first Kemmelberg + seeking the front until the very end.

Fulfilling his goal of aiming for good results in the classics (already as a neo-pro), Johan Jacobs (Movistar Team) took on a courageous role at the 82th edition of Gent-Wevelgem, taking 16th place in a race where strong winds, mud-covered gravel sectors and the cobblestones of the Kemmelberg offered a brilliant spectacle, with Mads Pedersen (TFS) claiming the day’s win ahead of Florian Sénéchal (DQT, 2nd) and Matteo Trentin (CCC, 3rd).

Jacobs went on the move inside the last 90km of racing, trying to bring the early breakaway back, and was caught after the first climb to the Kemmelberg by the favourites’ group, split from afar by the insistent, world-class duo of Mathieu van der Poel (AFC) and Wout Van Aert (TJV).

As the charge from the main contenders took him back to the second group on the road, Johan accelerated again near the finish, seeking for a good result in a race he finished two minutes behind the leaders.

At the women’s Gent-Wevelgem (141km), Jolien D’hoore (DLT) won ahead of Lotte Kopecky (LSL, 2nd) and Lisa Brennauer (WNT, 3rd) into an 11-rider sprint from a group forget at the final Kemmelberg climb (-30km), with Jelena Erić really close to making that final selection.

The Serbian was forced to pursue into a second echelon where she enjoyed great support from Aude Biannic, who made a big effort to bring the group back and came just few seconds short to make the junction possible. Also of note was the good teamwork by Gloria Rodríguez and Alicia González, who stayed through that final Kemmelberg climb -Alicia was dropped shortly before by a mechanical- with the top contenders.