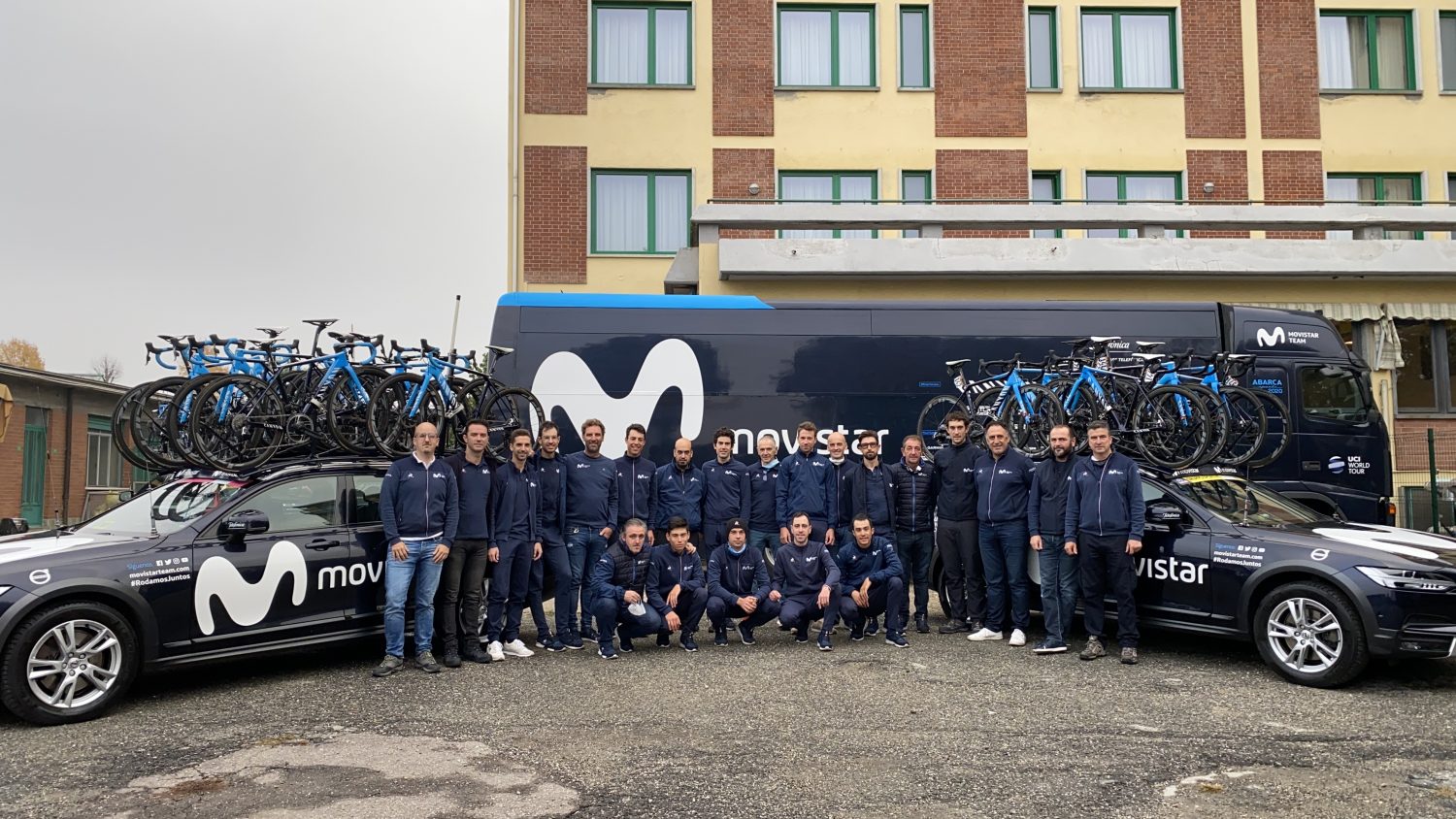 “When you travel to a Grand Tour, you always try to set some expectations on what you can do, and it was clear to us that the group we were bringing here, even if they’re good riders, were people who are most used to be always working for a team leader. The most difficult thing for us was getting them in the mood to seek for those opportunities for themselves. I think that we’ve accomplished our daily goal of joining the breaks and taking a prominent role at key points of the race. Yes, it’s true that we’ve lacked that end result, that victory that would have been the icing on top of the cake, yet I still feel like the team as a whole has ridden a great Giro. If you look at the list of stage winners, many world-class names, some of the best in the sport, have taken most stages, with some of them, such as Ganna or Tao, winning more than once. With us not coming here with a team of riders used to contest victories, rather than reaching their full potential by working for others, I feel like we’ve given everything we had for this Giro.”

CARRETERO: “He’s probably been the one with most kilometers at the front in this Giro for us. When we started the race in Sicily, I asked him: ‘Look at the roadbook and mark down the days you want to feature at. Here, here, here and here.’ Those days he wanted to aim at, he’s been into the break, so he accomplished that mission. He hasn’t been able to get the glory he deserved, yet he’s been up there where I wanted him to be.“

CATALDO: “He’s been our eyes and ears during this Giro, a crucial help for the sports directors. He’s helped us conduct the group over the race, giving the other riders great advice. He knows this race really well. I asked him to enjoy the race, after such a tough Tour, and he’s been able to do so.”

PEDRERO: “With Antonio, we were aiming at a good result overall, with no pressure, without making too much fuss about it. Our goal was trying to get him safely and comfortably through the first two weeks, the most difficult for him, to go ‘under the radar’ and maybe profit from that later on. He fulfilled that goal during the first half of the race but, at the final week, he might have paid that self-imposed pressure, that will to be leading the team GC-wise. I just want all the best for him in the future, so this huge load of experience he’s acquired during the Giro helps him go for results in the upcoming years.”

RUBIO: “Being a neo-pro, we were really excited to see how he would evolve, because after all, the Giro is a 21-day race, and probably the most demanding one. Yesterday he completed an incredible stage – after 20 days of racing, at a course with 3,500 meters of elevation gain, at a fast-paced stage, where the breakaway got formed at a flat section, where he struggles the most due to his characteristics – and he was still able to reach the Sestriere circuit at the front and get a very good result. He’s got impressive skills, which should help him a lot in the future.”

SAMITIER: “He’s been a true discovery for me. I didn’t really know him well, and he was really strong over this Giro. I feel amazed about his great morale. He always looks for the positive side of things, he’s one always telling jokes, the one who gets a smile from everyone at the difficult moments. He’s also the one who pulls for the group the most on the earpiece, always supporting his team-mates. He’s got a great future ahead of him, and I think he’s one of those who really deserved a stage in this Giro, and had legs to go after it.”

SEPÚLVEDA: “He did everything that he could. He did well at the Roccaraso stage into the breakaway, but with the cold and rain conditions, at a stage where you need to cover yourself well and play with your clothing to achieve your maximum performance, he might have lacked that extra bit that makes you have a better shot at a win.”

TORRES: “A brilliant luxury domestique. He’s a rider so rare in the current peloton, one that really helps a team go forward. At a squad like the Movistar Team, which is maybe more like the old, strong teams, domestiques like him are more appreciated, so Albert should thrive in such an environment. His behaviour over the race has been exceptional. He’s learned lots during this Giro, and hopefully he’ll translate this knowledge into improvements on the banking, when he rides the top events in the upcoming months. He’s improved every day. We didn’t need to tell him anything; he’s adapted well to the environment and gained valuable experience.”

VILLELLA: “He did well. He’s been present at several breakaways, and I wanted him to get a good result at one of these. He had the legs to get a top-5, maybe top-3 at a stage – it didn’t come, yet he featured well during the race.”

“I think we did well, yet we missed that big result, I think. We’ve been at every single breakaway and we fought so much that I’d say the only thing we missed for a great Giro overall was that win. The team we were bringing here, such a young one, full of youngsters – to be honest, if you get the money it takes to Vincenzo Nibali’s wage, you would have all of us and you’d be able to buy three cars and a van with what’s left. With such a youthful team, being at all breaks, fighting every day – it’s a good effort, I think. We all took a step forward in this Giro: we’re more mature, more experienced – everything. We feel a bit sad because we missed, just like yesterday with Einer, a plush to put at the front of the team bus. But you can’t deny we really gave it a try.

“I rode my heart out, I had to push way harder than in the 2019 La Vuelta. Last time in a Grand Tour, my first ever one, I tackled the race really calmly. I got myself into the ‘gruppetto’ many times in the first week of that race. Here at the Giro I had to push a lot from day one – sometimes in the break, sometimes in the bunch, yet every single dat at the front, all out. Your body also responds differently: you feel more mature, you make less mistakes. And it’s been quite a different race, with covid and stuff. Another beautiful experience – now I only have to race the Tour and I can retire already (laughs).”