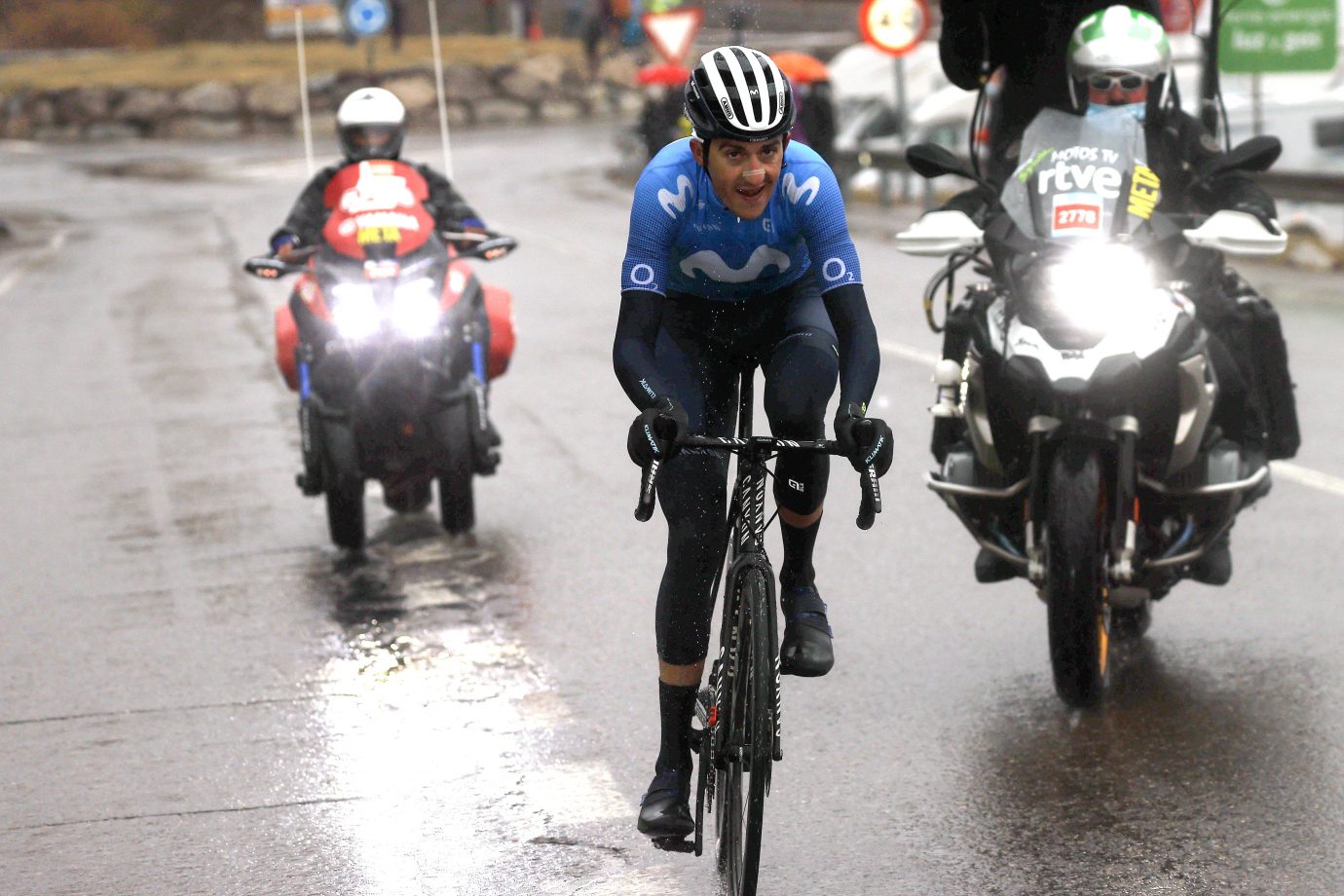 It’s not the Tourmalet; it isn’t the ‘Super Sunday’ we all hoped for in June, either (Roubaix was cancelled earlier this month); yet it remained a mountain-top finish in La Vuelta. Formigal (Cat-1), with its 14km of climbing through irregular slopes (maximum 9%), was the finish after 146km that also featured the ascents to Petralba (Cat-3; climbing through the final descent to Sabiñánigo from Saturday) and Cotefablo (Cat-2).

There were southerly winds again today, yet despite this could have brought milder temperatures and better weather, it was a demanding day. 12ºC maximum at the start in Biescas, 5ºC at the top of Formigal and some rainy spells.

Enric Mas (courtesy Unipublic): “My feelings after today? At this moment, it feels so cold. It’s been a hard day, one that we won’t easily forget in many years. Fortunately, we haven’t felt that cold during the race: we were full-gas all day, and we’ve only felt it at the finish. The end result has been alright, the whole team has reacted well during the race and we’ve even been able to enjoy this one!”

Following a really long transfer to Vitoria this very Sunday evening, and the first rest day in La Vuelta on Monday, riders will be back in action with Tuesday’s stage seven (it sounds funny to have a single-digit stage after a rest day, not counting post-international depart transfers, in a Grand Tour!). It will be a 160km route with a double ascent to Orduña (Cat-1; 7.8km at 7.7%) into a circuit around Villanueva de Valdegovía, with a slightly uphill finish.