Fighting the heat at a sprinters’ stage in Al Marjan 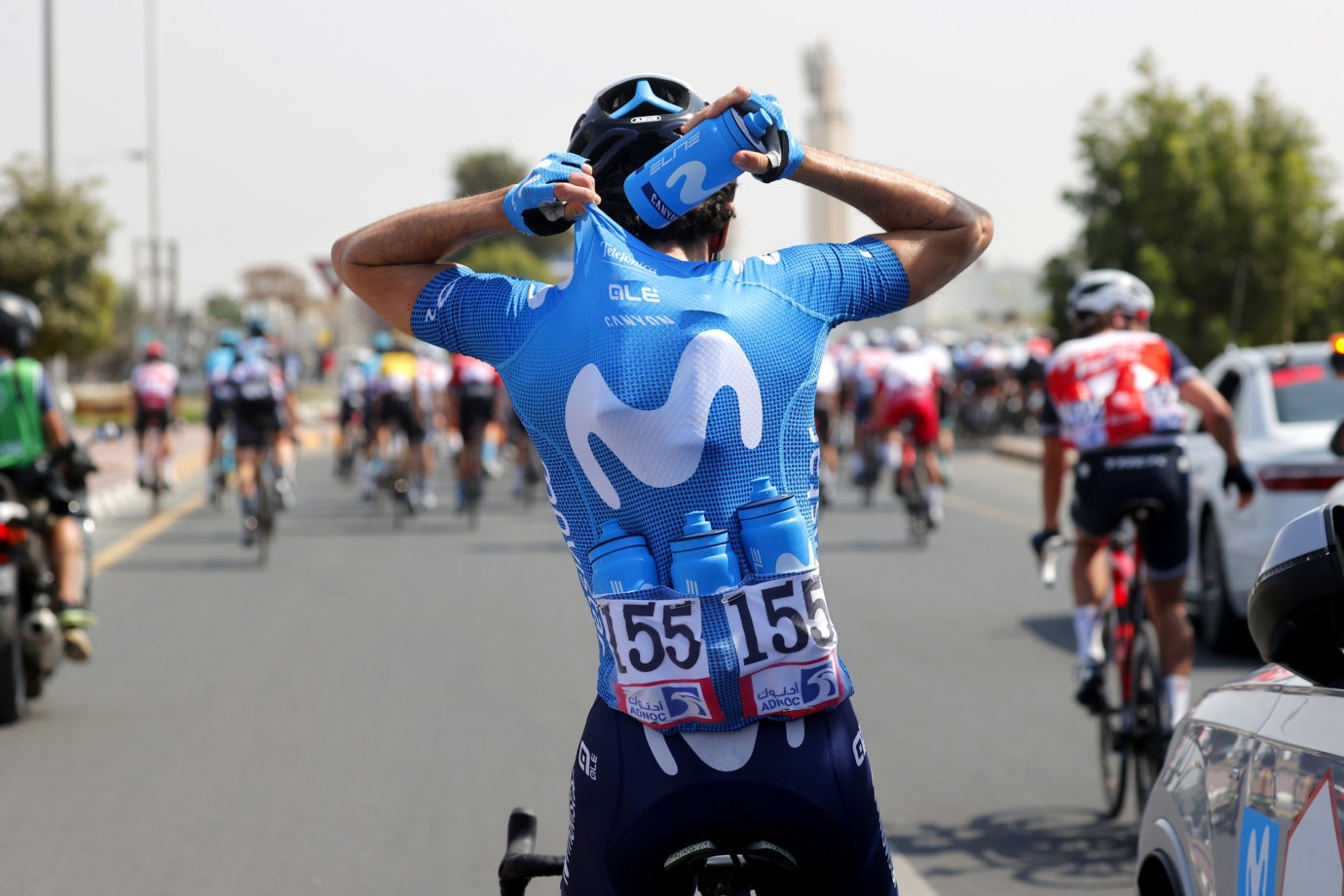 It was a relatively calm day, though with some nervous stretches due to the crosswinds and the preparations for the sprint, at the longest stage of the 2021 UAE Tour on Wednesday, over 204km in and around the hotel area in Al Marjan Island.

The race convoy moved there on Tuesday evening from Abu Dhabi to cover the central part of a race which will get decided on Thursday with the long climb of Jebel Jais (20.6km at 5.4%; finish at nearly 1,500m above sea level).

With no breakaway until the second half of the race, as François Bidard (ACT) and Olivier Le Gac (GFC) went on the attack ahead of a peloton which left them no chance, the real fight of the day was restricted to a bunch sprint won by Sam Bennett (DQT).

In turn, the Movistar Team riders continue to build up their racing pace at the first WorldTour event of the 2021 season, which, for the riders here directed by Patxi Vila and José Luis Jaimerena, mostly started here.