Valverde continues to improve his form at Jebel Jais 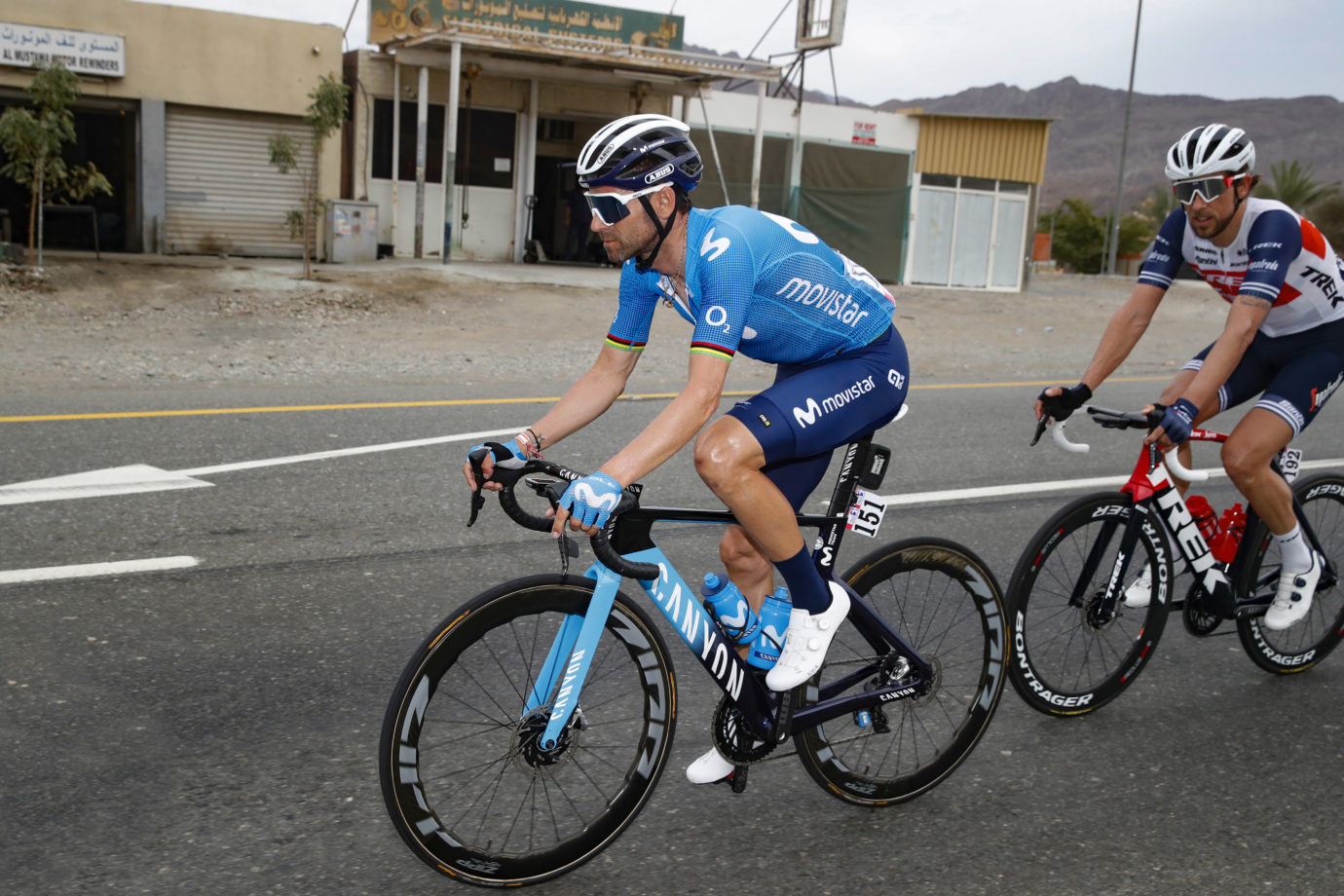 Danish climber Jonas Vingegaard (TJV) led the favourites’ group home at the end of the long, gentle climb to Jebel Jais -highest peak of the United Arab Emirates de los Emiratos Árabes-, ahead of Alexey Lutsenko (AST), who led the whole climb from the early break and until the last 200 metres. Tadej Pogacar (UAD), 2nd over the line, reinforced his lead in the 2021 UAE Tour with two stages remaining.

The Movistar Team showed a better face on Thursday and kept most of their riders into the GC group until the attacks for victory started with 4km remaining. Mühlberger, Pedrero, Villella and Carretero kept the front and protected Alejandro Valverde, who only lost contact with 1.5km remaining and finished 48″ down on the day’s winner.

The Emirati race convoy will head towards Dubai this evening before Friday’s stage six, one for the sprinters, finishing at the Palm Jumeirah complex (168km).