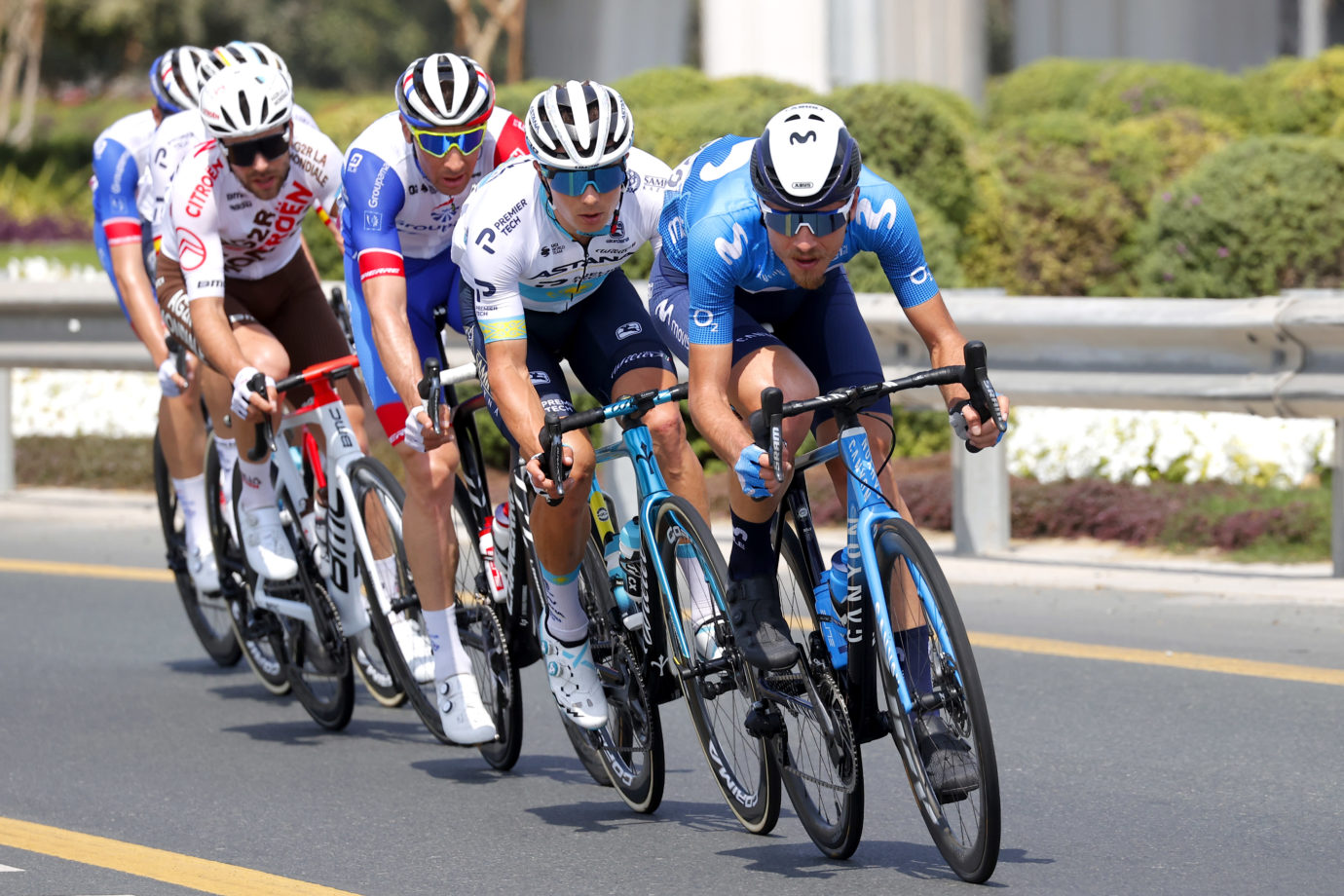 The Movistar Team wanted to offer their fans and general manager Eusebio Unzué -who turned 66 on Friday- a good performance on stage six, the penultimate day, of the 2021 UAE Tour, held over 168km between Dubai and the luxury complex of Palm Jumeirah.

The youngest member of the Telefónica-backed squad on Emirati soil, Iñigo Elosegui, got himself into a strong, early move with Lutsenko, Sánchez (APT), Valter, Ladagnous (GFC) and Gallopin (ACT), a move which was caught with about 20km from the end after some crosswinds attempts, created by Bora-hansgrohe, ostensibly reduced their margin.

It was a nice performance, in yet another learning, WorldTour event, for the Basque allrounder, which gives hope to a Blue outfit whose participation in the Middle East race will end on Saturday, with another sprint finish -Sam Bennett (DQT) took his second victory today-, this time in Abu Dhabi (147km).