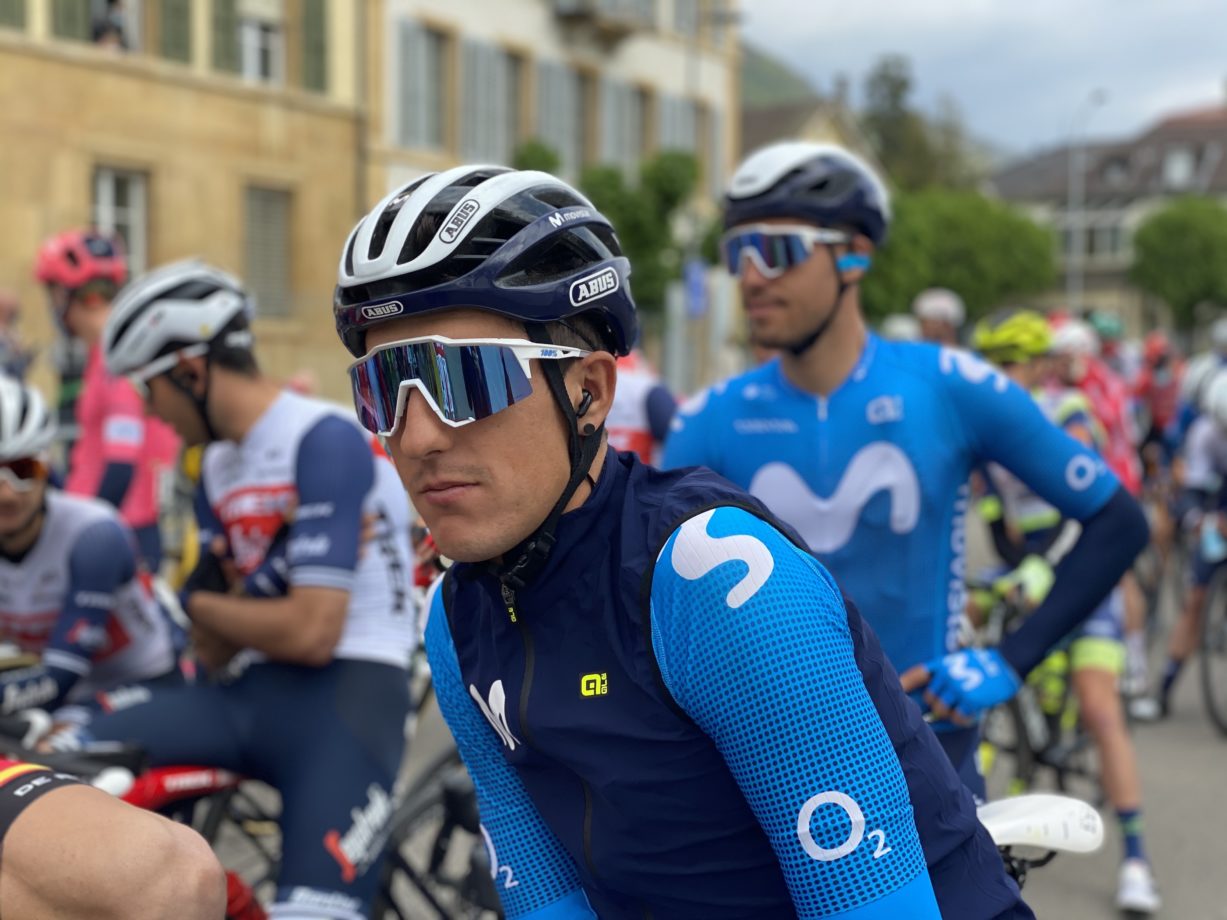 Italian Sonny Colbrelli (TBV) notched up at Saint-Imier, end of stage two in the 2021 Tour de Romandie, the sprint win he couldn’t take at Wednesday’s Martigny stage one arrival, leading home a 40-rider group after the day’s six categorized climbs and intermittent rain. The day’s racing also saw the Movistar Team seeking for the early break, with another Italian, Davide Villella, leading most of the stage.

The early, six-man attempt, with Villella quite active and taking points at the early ascents, was split by an attack from Rein Taaramäe (IWG) into the penultimate climb of the day, as the group was kept on a short leash by INEOS Grenadiers, which never let them gain more than 2’30” advantage. Davide’s move ended with 28km to go, with three of his team-mates taking the baton at the GC peloton: Miguel Ángel López, Dario Cataldo and Marc Soler, the best Blue over the line in 10th.

López sits now in 13th overall, three seconds off the top-ten, en route to the decisive weekend in Switzerland, which started with Friday’s lumpy route around Estavayer and continues with Saturday’s Queen stage, up Thyon 2000, and the TT showdown on Sunday, around Fribourg. Rohan Dennis (IGD) remains in yellow.