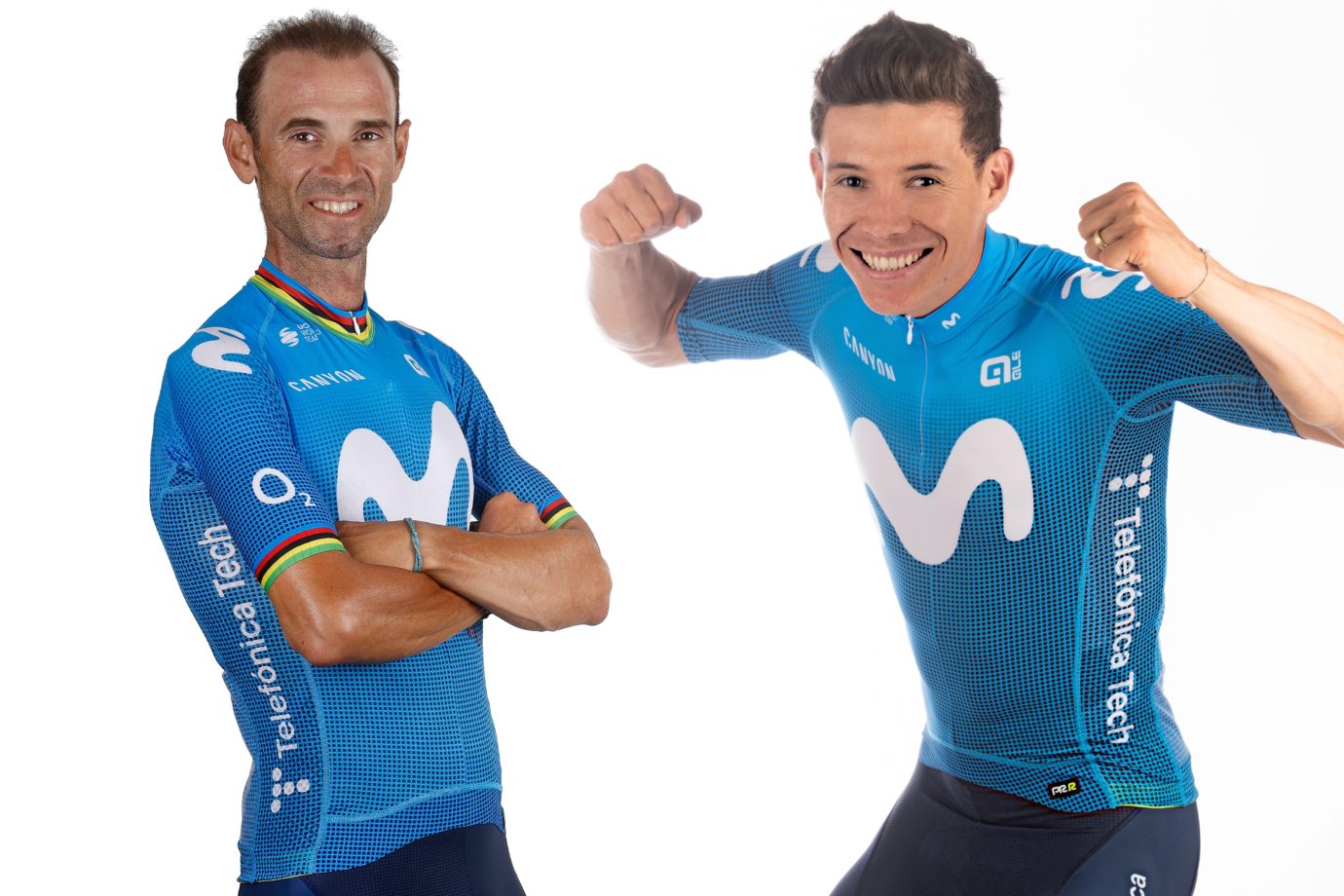 Blues will feature the Telefónica Tech brand on their race clothing at cycling’s top events; Telefónica Tech reinforces values of teamwork, self-improvement, effort and resilience shared with their athletes.

Movistar Team has today presented its new kit in which, for the first time, Telefónica Tech (Telefónica’s digital business holding company created in November 2019) will be present as a collaborating brand. This new alliance with Movistar Team joins the existing one in the technological field, where Telefónica Tech applies Internet of Things (IoT), Big Data and Artificial Intelligence technologies to improve the performance and competitiveness of the squad.

Movistar Team riders will wear the Telefónica Tech brand on the side of their jersey and bib shorts from the Tour de France, which starts this Saturday 26th June, and will also sport it in other important races on the UCI WorldTour calendar and in three-week rounds such as the Vuelta a España. In this way, Telefónica Tech shows its commitment to the world of sport and its identification with the values of teamwork, self-improvement, effort, perseverance and resilience of a team with a great trajectory and professional recognition that accumulates more than 940 victories in its track record.

For José Cerdán, CEO of Telefónica Tech, “we are proud that Movistar Team is an ambassador for Telefónica Tech within and beyond our borders because we fully identify with its values and its ability to adapt – and even anticipate – to the new times marked by technological innovation. Movistar Team is a highly technical team that has been able to see the potential that our technologies offer them to discover sporting trends, increase the team’s performance and design strategies to achieve better physical recovery of the riders”.

For his part, Eusebio Unzué thanked “the renewed trust that all those who make up Telefónica have placed in us by putting in our hands one of their new benchmark brands, one that also helps us to continue identifying with the future that Telefónica Tech undoubtedly represents. We hope that all the people who are part of this new commitment find satisfaction in seeing their work expressed so visibly on the roads”.

The potential of Big Data for competition strategy

The application of Big Data in the world of cycling generates important competitive advantages that have been expanding over the years thanks to the implementation of increasingly novel and innovative solutions. Telefónica Tech has developed, among others, a new tool for the exhaustive analysis of the competitions from the data generated by the riders during each one of them. This information is processed by algorithms and compared with the entire history of competitions, allowing sports directors to make precise and highly personalised decisions on the strategy before and during the competition. Thanks to this technology, Movistar Team obtains accurate assessments of the performance of its riders, better manages recoveries and facilitates the detection of improvement points to work on during training.

This new tool is a further step in the evolution of the use of new technologies in the world of cycling, a sport where the data generated is digitised with high quality through sensors installed on the bicycle and on the rider him/herself. In fact, an average of 7-8 variables are captured every second that the rider  is pedalling, which means millions of data in a great lap, which are subsequently increased exponentially by applying formulas designed in the field of Sports Science.

The massive generation of data and its analysis, through Big Data and Artificial Intelligence, has made it possible to consolidate all the Movistar Team’s data in an exclusive and highly personalised tool with analytical and visual information on each rider. The data collected also provides great value for designing training workloads based on the athlete’s state of fitness and studying the impact generated by the incorporation of new equipment components or protocols associated with the team’s dynamics.

Telefónica Tech is a key holding of the Telefónica Group. The company offers a wide range of integrated technology services and solutions in Cyber Security, Cloud, IoT, Big Data and Blockchain. For more information, visit: https://tech.telefonica.com/