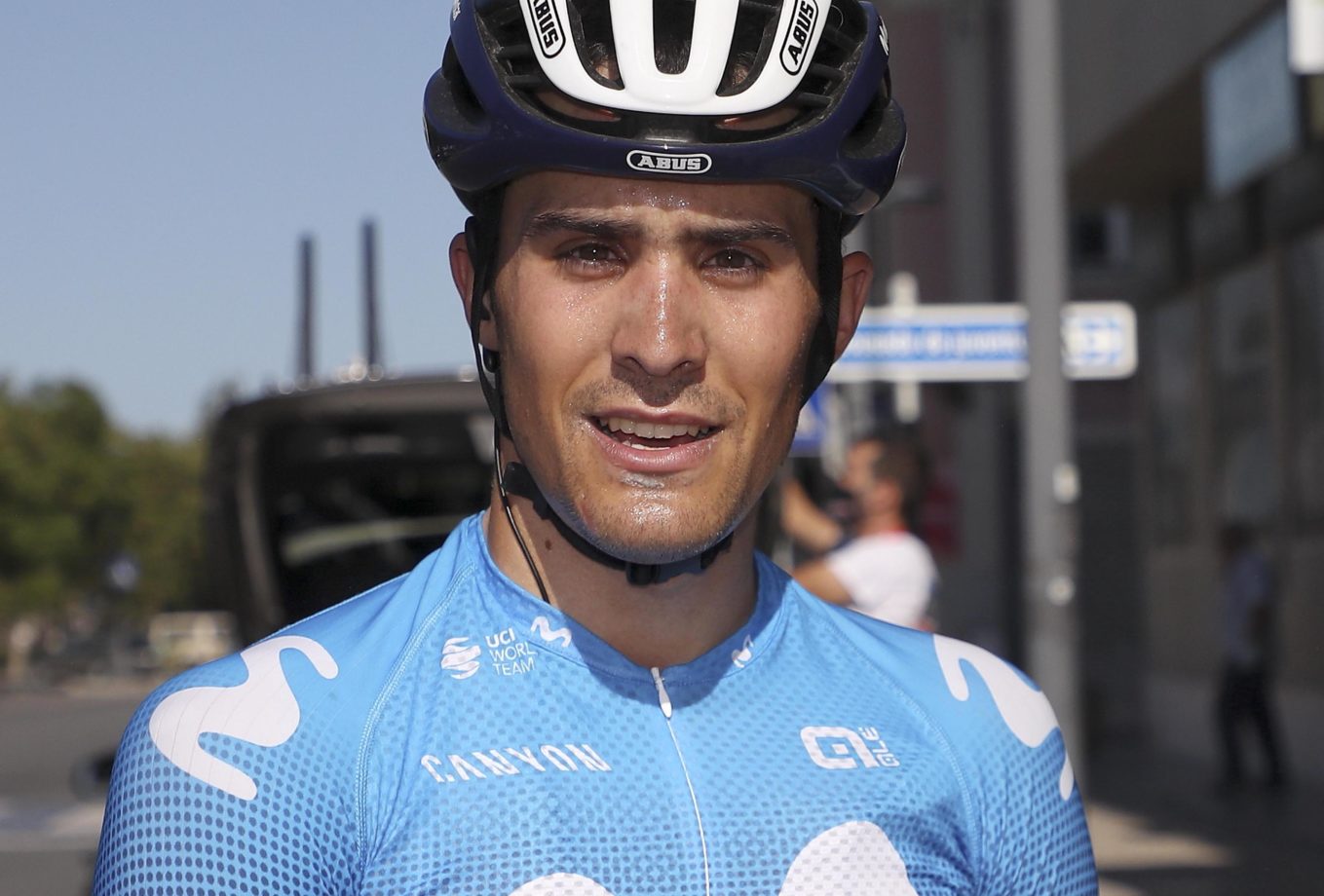 The Movistar Team started to experience in their legs the toughness of the Volta a Portugal during the first road stage -176km from Torres Vedras to Setúbal-, where Rafael Reis (EFP) left the peloton behind and reinforced his lead by winning solo.

The Telefónica-backed squad, which got through the crucial Cat-2 ascent to Arrábida with four of its riders in the 50-strong pursuit group -Abner González, Juri Hollmann and Lluís Mas, who was later dropped-, saw Sergio Samitier getting into the sprint of a peloton with no big sprinters and taking 3rd place, behind Catalonia-based Dutchman Alex Molenaar (BBH). The big selection in the peloton makes Hollmann, still the under-23 leader behind Abner, climb onto 34th place overall, behind Reis, Moreira (EFP) and Diego López (EKP).

The day’s negative note came as Héctor Carretero crashed with 32km to go. The ‘Manchego’ rider, who suffered several blows and bruises, was still able to finish the stage despite the main. His appearance in the upcoming stages will depend on the evolution of his injuries. Friday should be a good one for recover, if he starts, with the only real chance for the sprinters in Castelo Branco.

Over at their second race front of the day, stage three of the Vuelta a Burgos, the Movistar Team wasn’t able to conserve the purple jersey as GC leaders that rested on the shoulders of Gonzalo Serrano. The Spaniard struggled against the top climbers over the decisive climb of Picón Blanco (HC), where Romain Bardet (DSM) showed his world-class quality to take a solo win and the race lead despite a late crash.

Einer Rubio, 1’35” down on the day’s winner into a third echelon of favourites, was the top Movistar Team finisher, which leaves the Colombian in 12th overall, less than ten seconds outside the top-ten. Gregor Mühlberger, over two minutes adrift, sits in 20th.

The Vuelta a Burgos will head into another bunch sprint in Aranda de Duero on Friday before the climbing showdown atop the traditional Lagunas de Neila, Saturday.