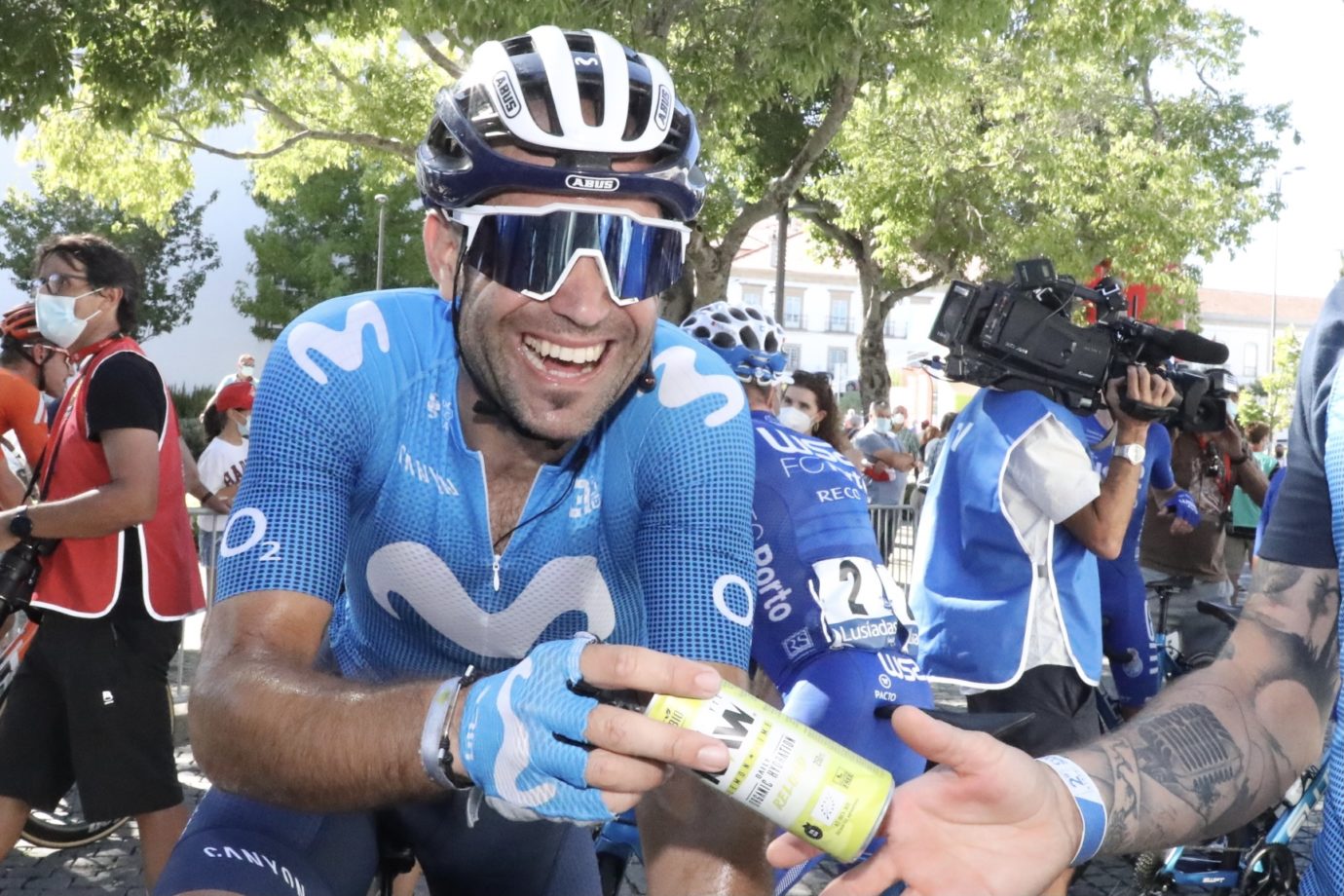 Three days in the Volta a Portugal and three third places as best result for the Movistar Team, which again came close to victory at Castelo Branco’s finish on Friday (162km). Lluís Mas won the sprint in the peloton, reduced by the final slopes, yet his effort was only enough for 3rd, behind Kyle Murphy (RLY) -winner from the early break- and Joni Brandao (W52), who had jumped across shortly before.

The day was otherwise quite calm for the squad here directed by José Luis Jaimerena and Jorge Sanz, as three other riders finished in the main bunch with Juri Hollmann (10th in the stage; 5th overall + under-23 leader), Abner González and Sergio Samitier. Héctor Carretero, with pain and bandages after his crash yesterday, could get through the day with no major issues.

The ‘Grandíssima’ will head into a crucial day on Saturday with its Queen stage, finishing atop the Alto da Torre (HC, 1,980m), the highest road in continental Portugal, through its most traditional, famous side from Covilha.

The fast, short stage four of the Vuelta a Burgos -149km from Roa to Aranda- had its main danger in the crashes happening near the end, one of which affected Movistar Team rider Gregor Mühlberger with 35km left. The Austrian suffered several bruises -the most visible being one to his left elbow-, yet was still able to make it back with his team-mates in the approach to the sprint.

After completing the stage and back to the city, pain and the team’s medical staff counsel advised Mühlberger to undergo some further tests to rule out any injuries. The results were still to be confirmed as this report was last updated on Friday evening.

The ‘volata’, again overshadowed by some crashes -which fortunately didn’t involve any more of the Blues-, had Colombian Sebastián Molano (UAD) again as winner, while Gonzalo Serrano (8th) and José Joaquín Rojas (10th) featured in the top-ten. Einer Rubio remains 12th overall before the mountain showdown atop the traditional Lagunas de Neila, Saturday.