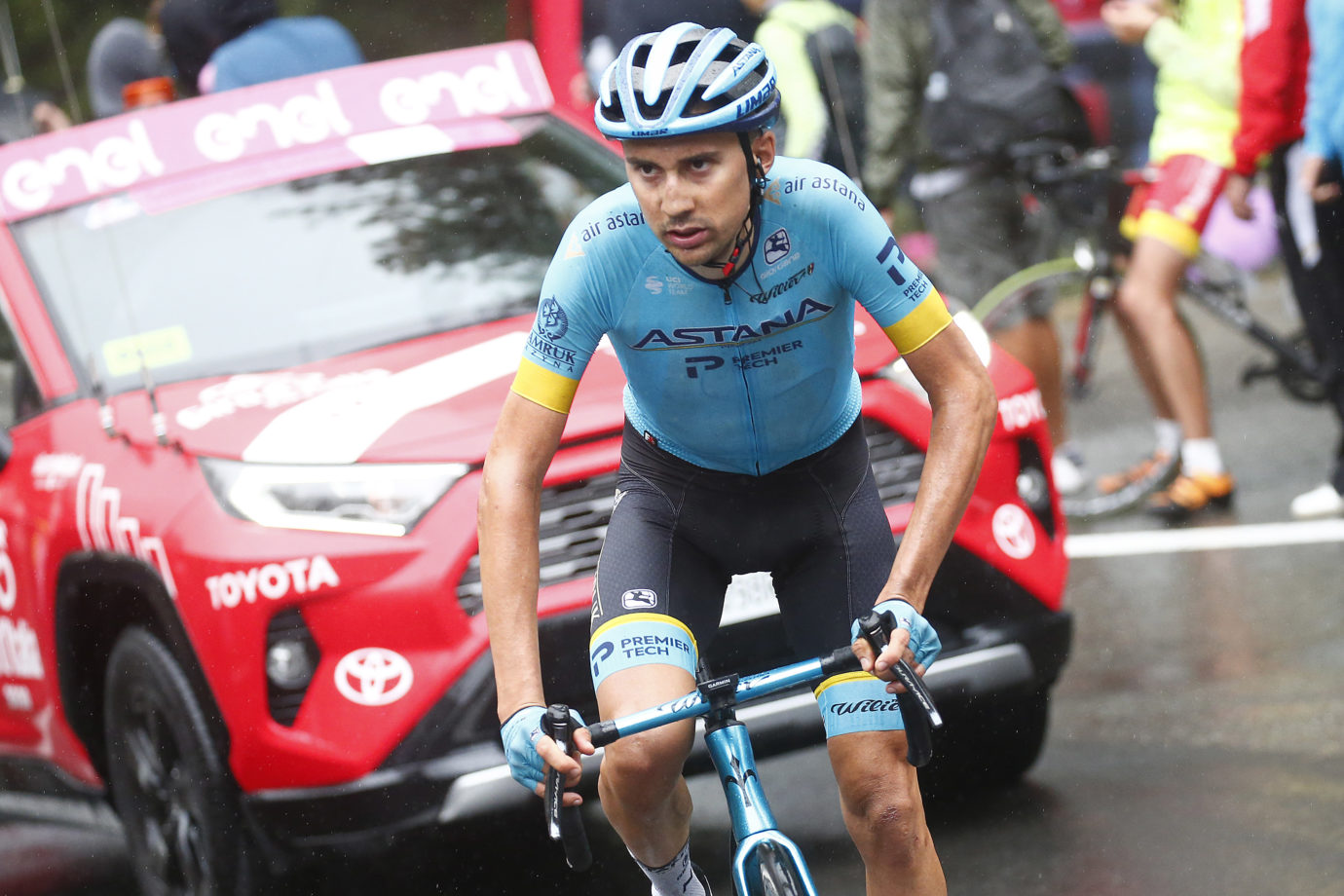 Spaniard from Navarra -a talented climber and an example of teamwork- set to join his home WorldTour team with two-year contract.

The Movistar Team announced Thursday that Óscar Rodríguez (Burlada, Navarra, ESP; 1995), a current member of the Astana – Premier Tech squad, has signed a contract for the next two years (2022 and 2023) with the organisation managed by Eusebio Unzué.

Having cut his teeth at his home Club Ciclista Villavés and earned a place in the pro scene at the strong development outfit Equipo Lizarte, Óscar soon showed his WorldTour climbing caliber, other than good abilities for all kinds of terrains, including TTs. A member of the Murias team in 2017-19, he claimed a great victory in his maiden La Vuelta appearance, 2018, with a solo effort up the steep slopes of La Camperona.

A solid 2019 season -runner-up in the Vuelta a Burgos; close to a top-20 overall result in La Vuelta- opened him the doors of the WT with Astana, who gave him the chance to debut in the Giro -and other top-ranked events, such as Dauphiné, Tirreno or UAE- and saw him reaching consistent, brilliant results all over the 2021 season: he was 2nd atop the Mont Ventoux, 3rd in the Route d’Occitanie, 6th -while supporting the race winner- in Ordizia and and 10th in the Vuelta a Andalucía.

Rodríguez’s signing with the Movistar Team is a reason for joy and pride for the Blues, his Navarra origins reinforcing the local presence into a team always supporting its route during its (with 2022) 43 years in cycling’s top tier.

“I’m so happy to be able to race with the Movistar Team for the next two years. At every place I’ve been part of since I took up cycling, both as a kid at the Club Ciclista Villavés and as an amateur at the Equipo Lizarte, everyone there would have loved to have this chance. My home team, with such an illustrious history – it makes me really happy. Currently I’m recovering from a crash I sustained at La Vuelta – I’m doing some exercise to strengthen the muscles in my left knee; hopefully I can get it fully healed soon, so I can resume training.

“My main wish for the next few years is performing strong so I can try and help my team-mates out as much as possible, other than – when I’ve got the chance – try and contest some victories. Above all, this is about feeling appreciated by them and feeling them happy about what I do. I’ll offer all of my commitment and professionalism to make this gamble by the team a huge success.”