Oliveira (10th) defends himself at Colorado, remains into GC top-ten 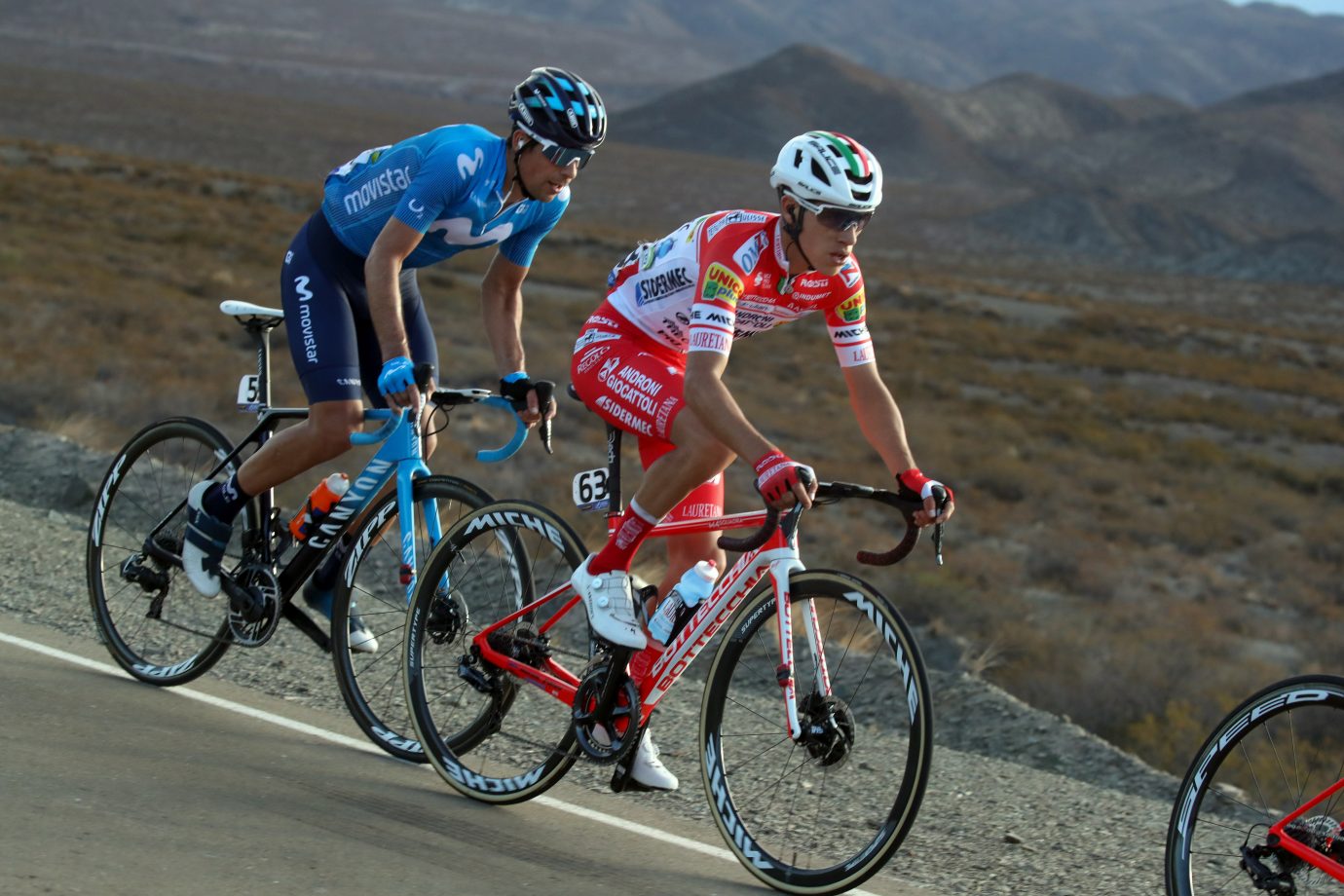 Portuguese from Movistar Team now in 6th overall after exhausting race, with echelons before a high-altitude climb where Nelson lost contact only with 4km left. Flórez (ANS) wins as Evenepoel (DQT) surges back to stay in the lead.

A huge comeback, after conceding almost a minute and a half on the leading group into dangerous crosswinds, allowed Remco Evenepoel (DQT) preserving his leader’s jersey in the 2020 Vuelta a San Juan at the end of the 169km Queen stage, ending atop the 2600m Alto Colorado. The Belgian completed a GC group anticipated by a late move from stage winner Miguel Flórez (ANS), a leading echelon almost made also by Nelson Oliveira (Movistar Team), who still remains in contention for a good overall result.

The Telefónica-backed squad played its cards wisely into the wind as Bora-Hansgrohe and UAE Team Emirates created a move with under 40km to go, putting Johan Jacobs, Sebastián Mora and its two GC riders, Oliveira and Eduardo Sepúlveda, into a split of thirty riders behind the early break. However, the lack of cooperation once into the bottom of the climb, plus big turns from Evenepoel and also-dropped Óscar Sevilla (MED), 3rd overall, reduced Nelson and Filippo Ganna’s (ITA, 2nd) advantage until it vanished.

Oliveira ended up struggling due to the altitud and the big efforts with 4km to go, finishing 10th in the stage, 1’05” down on Flórez, and now sitting sixth overall, 2’27” behind Evenepoel. Also to be noted is a good result by Iñigo Elosegui across the line, second of the Movistar Team riders at 2’38” -even ahead of Sepúlveda (+3′), affected by a puncture- after staying with Evenepoel and Sevilla up to halfway through the climbs. The Blues are now leading the team GC.

The Vuelta a San Juan will come to its close this weekend with two fast stages, windy and good for breakaways and sprinters. Saturday, the riders will take on the route of the famous Argentinian race Doble Difunta Correa -174km out and back from the Autódromo El Villicum-, while Sunday’s showdown will be a circuit course in the Avenida Circunvalación.