Stress and speed in the penultimate battle; Oliveira remains in 6th 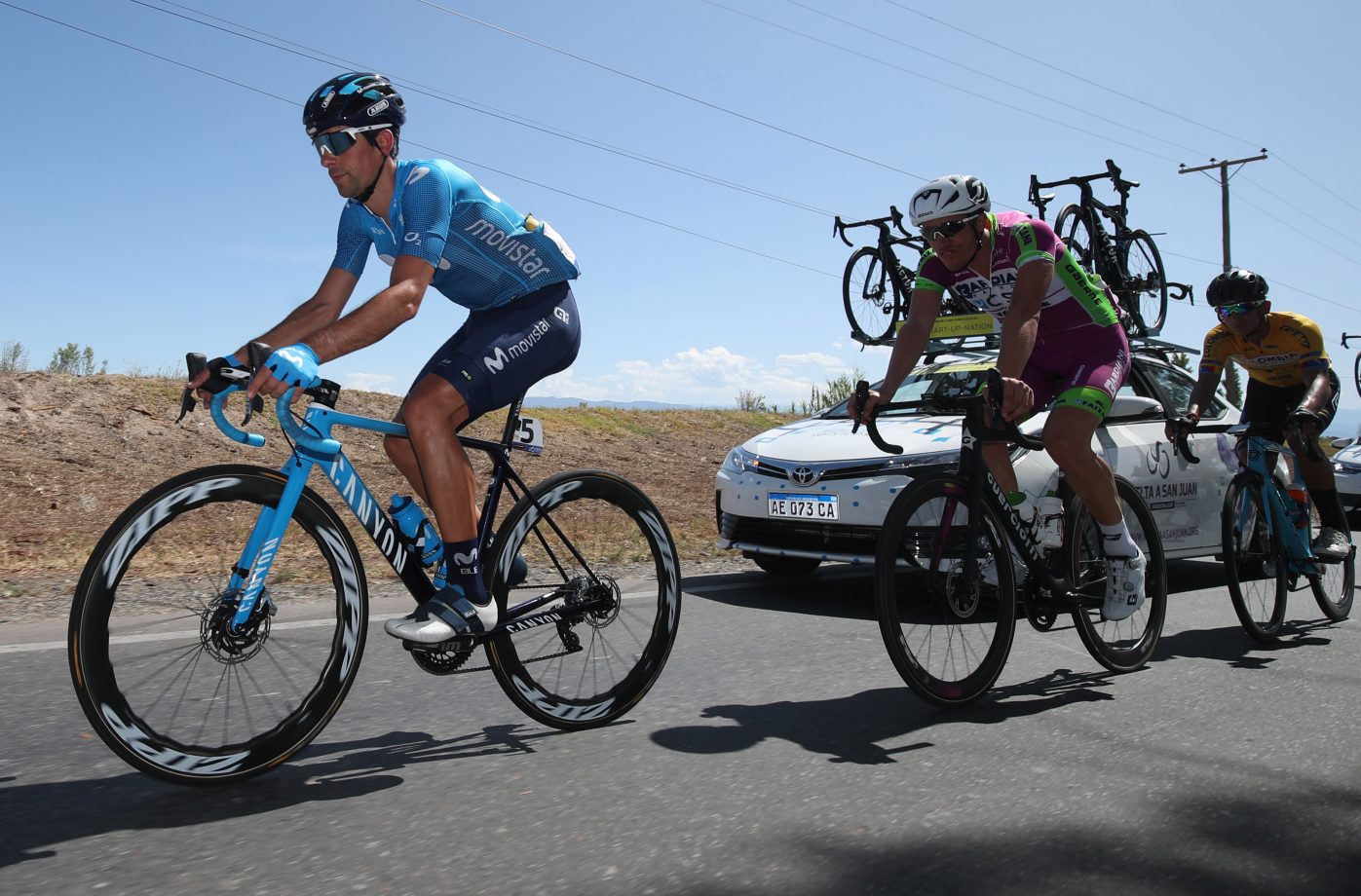 There’s just one stage left before Belgian talent Remco Evenepoel (DQT) claims overall honours in the 2020 Vuelta a San Juan, having covered with no setbacks the 174km stage six, the penultimate effort of the race on Saturday, in and around the El Villicum raceway.

Zdenek Stybar (DQT) ruined the sprinters’ hopes with an attack 500m from the line at the Autódromo’s main straight. The race was yet another scorcher -temperatures again close to 40ºC-, with tailwinds following the loop around the Cat-3 Alto de las Vacas causing some brief crosswinds which came back together quickly.

The Movistar Team, which kept Nelson Oliveira in the 6th spot in the provisional standings after solid teamwork -and had Sebastián Mora in 15th place at the sprint-, remains at the top of the team competition with one day of racing left in Argentina.

Another fast course, Sunday’s circuit race in the capital’s Avenida Circunvalación (141km, nine laps), will take the Vuelta a San Juan to its close after the main GC placings were mostly defined at Friday’s Colorado mountain-top finish.