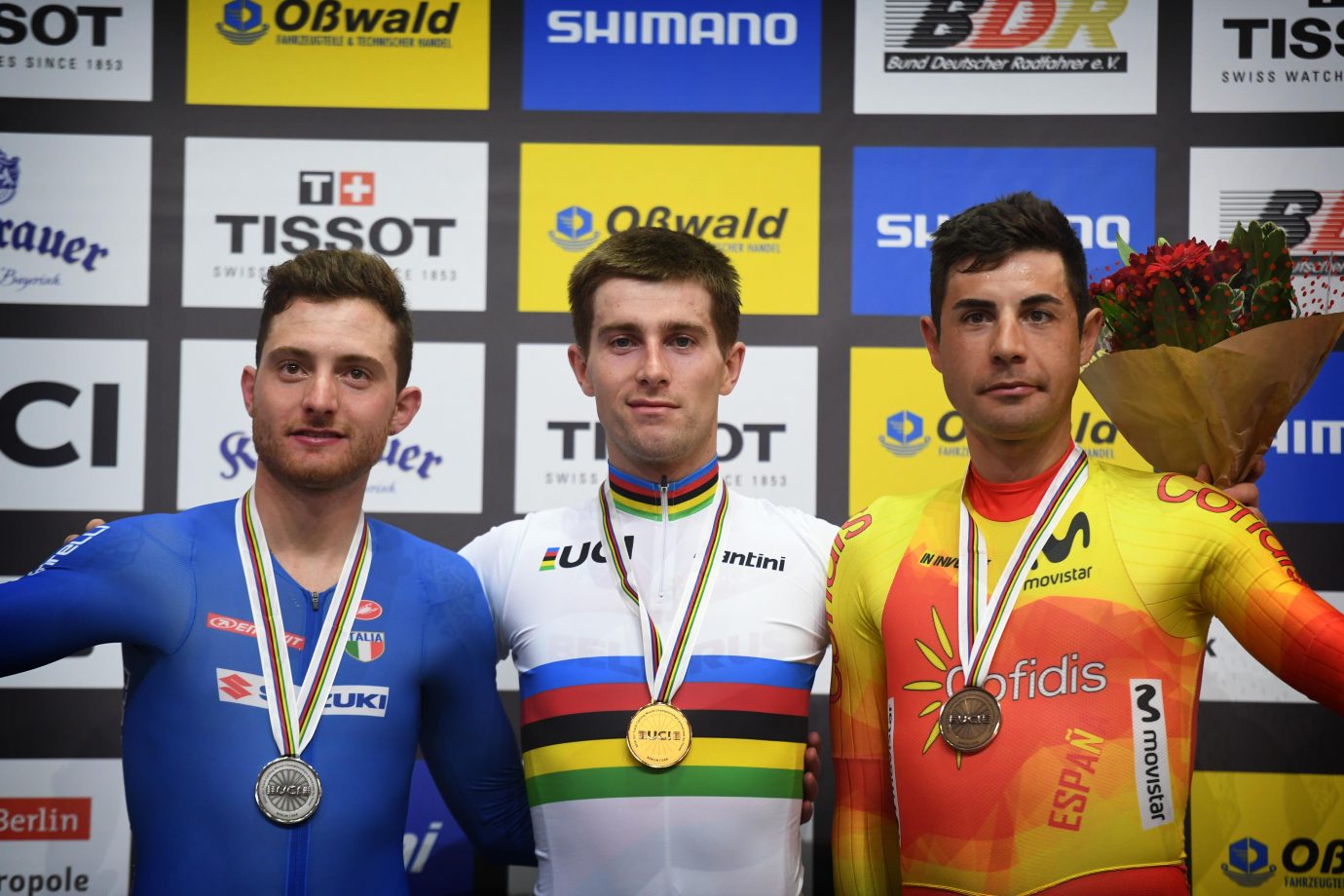 Less than sixth days after officially starting his Movistar Team career in road cycling’s top tier, Sebastián Mora returned that confidence with success on the banking, in the velodromes that turned him into a reference on two wheels. The reigning European champion in the Scratch Race took at Thursday’s evening session in Berlin, venue of the 2020 UCI Track Worlds, a great bronze medal, only bested by Yauheni Karaliok (BLR) and Simone Consonni (ITA).

Mora was the main actor in the key move of the race, an attack which formed following the usual short-lived moves early into the always-open 15km event. Less than twenty laps before the end, the Vila-real native led a four-man attempt whose high pace was only sustained, after several laps’ efforts, by the Spaniard and eventual winner Karaliok.

The lack of cooperation by his breakaway companion, with whom he gained a lap on the rest of the field, and a late surge from several other riders as the sprint was launched, all took Mora -the most courageous man on course- down to a 3rd post which truly deserved to be a gold medal finish.

Mora, who claimed his fifth medal in the World Championships -second one in the Scratch Race-, will be back racing on Friday, around 6.30pm local, for the always exciting Points Race.