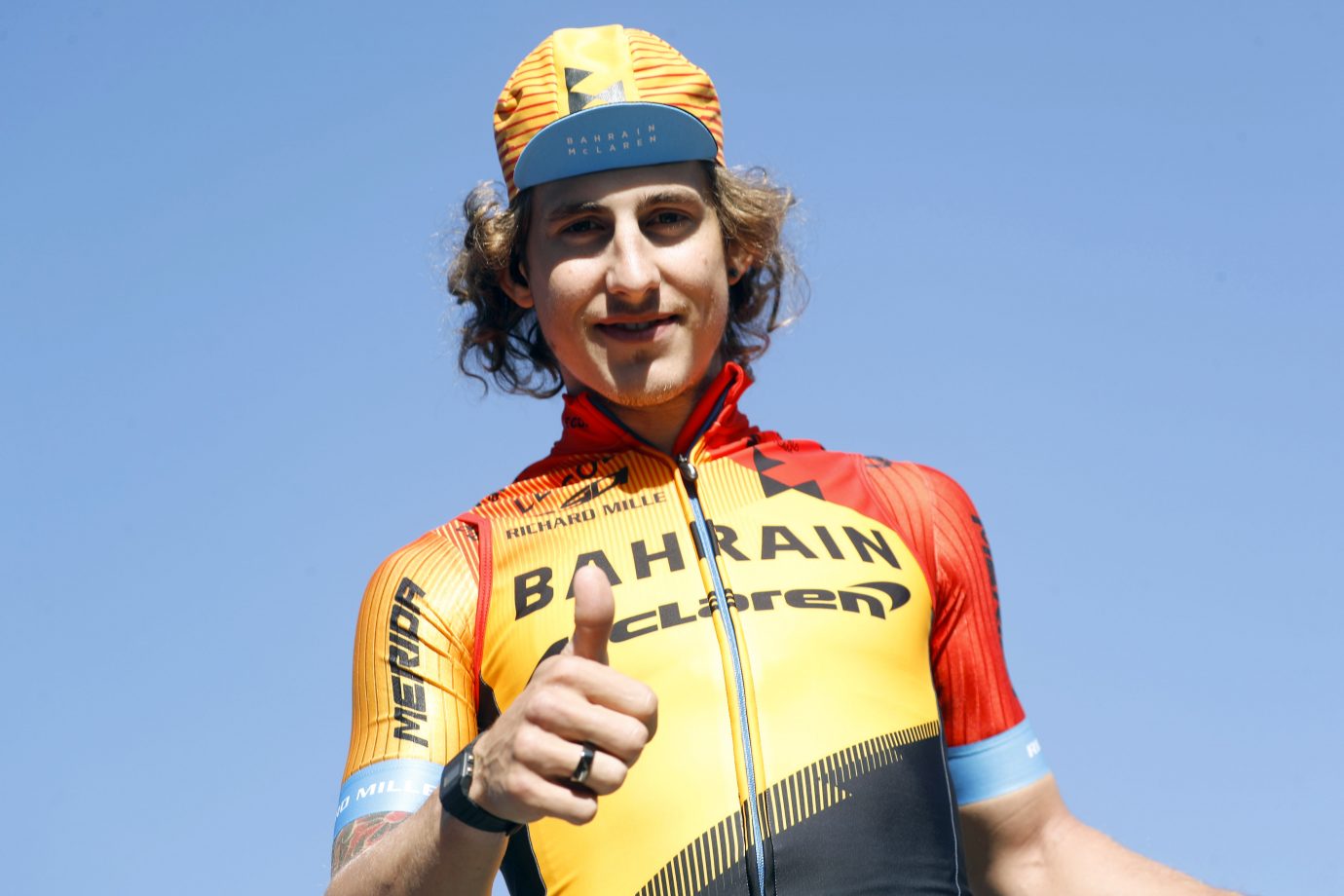 Back into a Spanish team, his first as a pro.
Market / Transfers

24-year-old Spaniard, one of the country's biggest hopes on both classics and sprints, joins Telefónica-backed squad as a reference for the upcoming seasons.

The Movistar Team announced Monday Iván García Cortina (Gijón, ESP; 1995), currently riding for the Bahrain-McLaren squad, has reached an agreement for the next three years (2021-23) with the organisation managed by Eusebio Unzué.

Cortina is Spain’s biggest future hope for one-day races, especially those with cobblestones. A lover of the Northern classics -where he’s already shone at with a great breakaway during the 2018 Ronde van Vlaanderen-, he left his best signs of quality just before the 2020 lockdown, with a great stage victory in Paris-Nice that he added to his other pro success so far, another sprint finish in the 2019 Tour of California. Last year, the Asturian already got top results in WorldTour events such as the GP Montréal (3rd), the BinckBank Tour (7rd) or indeed Paris-Nice, with another 2nd-place stage finish.

Cortina’s arrival reinforces the quality of the Movistar Team’s list of Spanish riders, which will continue to include in 2021, amongst other names, Alejandro Valverde, Enric Mas and Marc Soler.

Iván García Cortina: “I’m so happy to become a Movistar Team rider as of 2021. I’ve been at my current team for four years and always felt at ease there, but I feel like it’s time for a change, to seek new ambitions, new goals, new motivation – and I think this is the right team to join this squad. It’s our home team, and we’re chasing a common goal – I’ve always had one race in mind, one personal gamble, which at the same time is one of very few big races this team hasn’t won yet, which is Paris-Roubaix. Dreams exist to be made real, and we’ll fight for it starting next year.”

Eusebio Unzué: “Despite still being a young rider, Iván has already got the experience of a veteran. He’s a competitor which will give us a chance to turn many different kinds of sprint finishes into real winning chances, but above that, he’ll allow us going into the big cobbled classics with a real shot at a good result. Iván has to be one of the big favourites at those races in the future.”