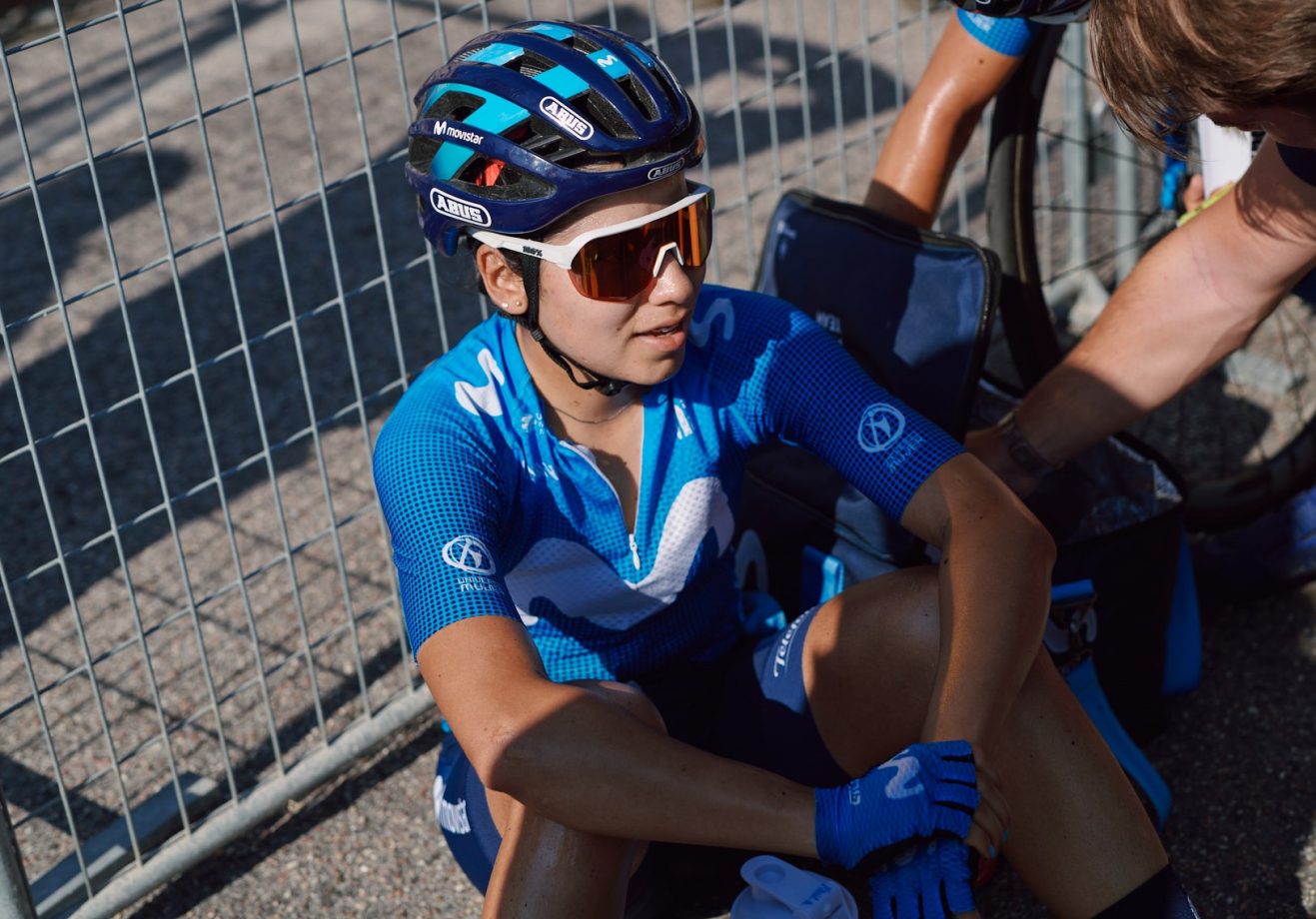 Colombian 28″ off unstoppable Marianne Vos (CCC) at uphill finish of day three, with no significant breaks due to length of both Sunday’s stage (140km) and Monday, the most extense in recent years (170km.)

It was a resounding victory from former Olympic champion Marianne Vos (CCC) on stage 3 of the 2020 Giro Rosa, a 140km route from Santa Fiora to Assisi with an uphill finish slightly altered in the hours prior to the race, yet intact in its spirit: a slope barely 700m long, yet with average ramps of 13% and a maximum of 16%.

The fear of that final climb and the length of both today’s stage and, more importantly, Monday’s towards Tivoli -170km, the longest in UCI women’s cycling in recent times-, discouraged any attacks, with only three solo moves building a significant advantage, those from Jasinska (CDO), Guazzini (VAL) and Neylan (CDO). All three were neutralized by Mitchelton-Scott, which kept Annemiek van Vleuten covered so she conserved the pink jersey.

At the finish, Vos bested Uttrup Ludwig (FDJ, 2nd) and Longo Borghini (TFS, 3rd), with Paula Patiño, again the top Movistar Team performer, in 14th place, 28″ behind the winner. The Colombian will seek again on Monday to finish close to the top contenders at the last climb, 2.2km at 7% followed by a flat last 500m.