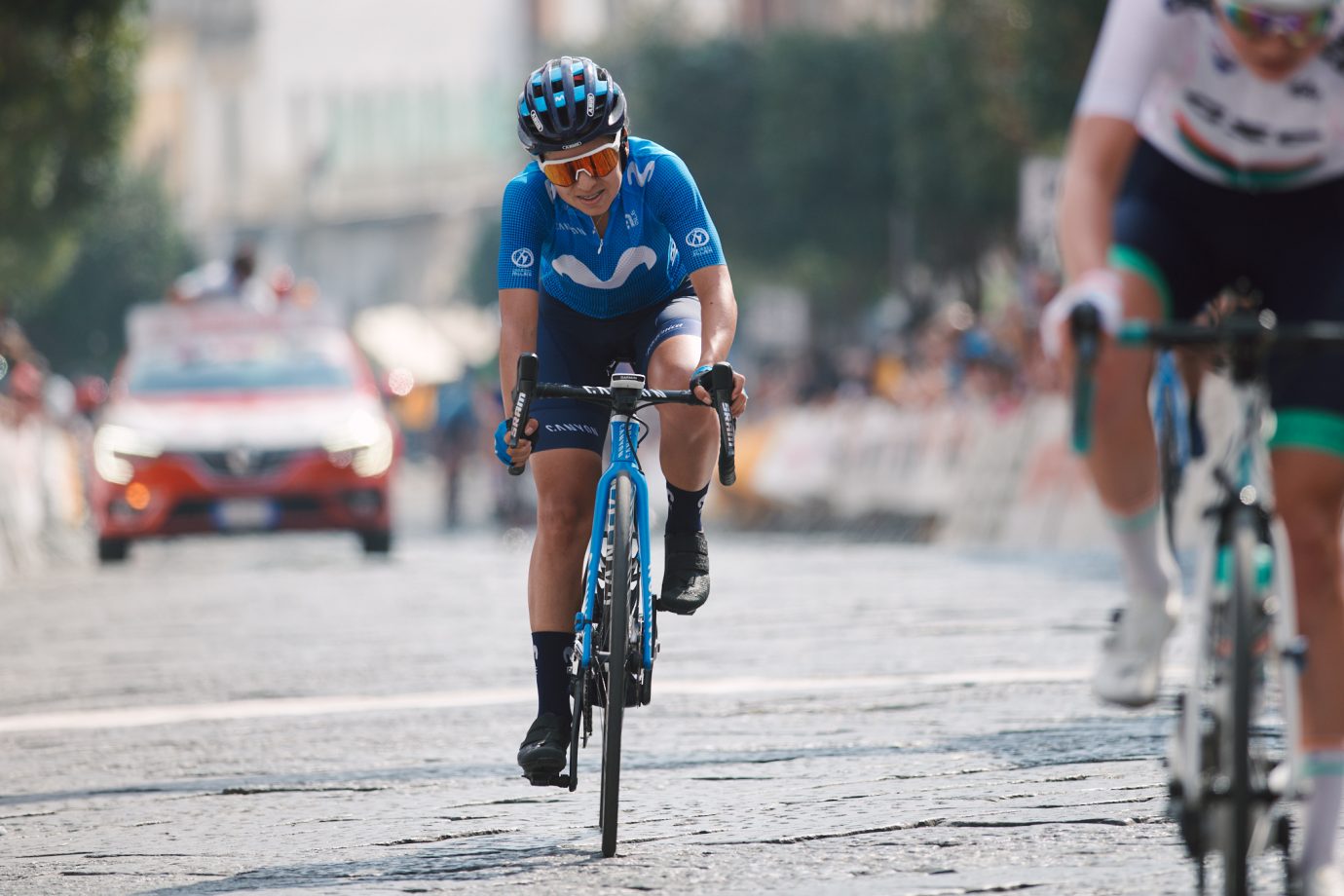 It was an evenful finish on stage seven of the 2020 Giro Rosa, at the end of a 112km course from Nola to Maddaloni with two late climbs to San Michele (4.2km at 5.5%). Belgian Lotte Kopecky (LSL) outsprinted a group of twelve riders, split by a crash just before the finish, which affected, amongst others, race leader Annemiek van Vleuten (MTS), triple stage winner Marianne Vos (CCC) and Australian champion Amanda Spratt (MTS).

Paula Patiño (15th) and Katrine Aalerud (16th) finished just behind the leading group -they received the same time as a result of the crash- after a good breakaway from Aude Biannic, who counter-attacked halfway through today’s course in pursuit of early leaders Zanardi (BPK) and Elbusto (CDO). The Frenchwoman bridged back, together with Jackson (SUN) and Novolodskaia (CGS), who would later drop the leading group and briefly go solo with 30km to go.

The day’s worst news for the Movistar Team came as Barbara Guarischi had to abandon, in pain for already several days. The Pablo Lastras-led group will continue with five riders at Friday’s eighth, penultimate stage, over 92km towards the brutal San Marco La Catola climb (Cat-2), 2.4km at 13% plus an extra final slope at 6%.