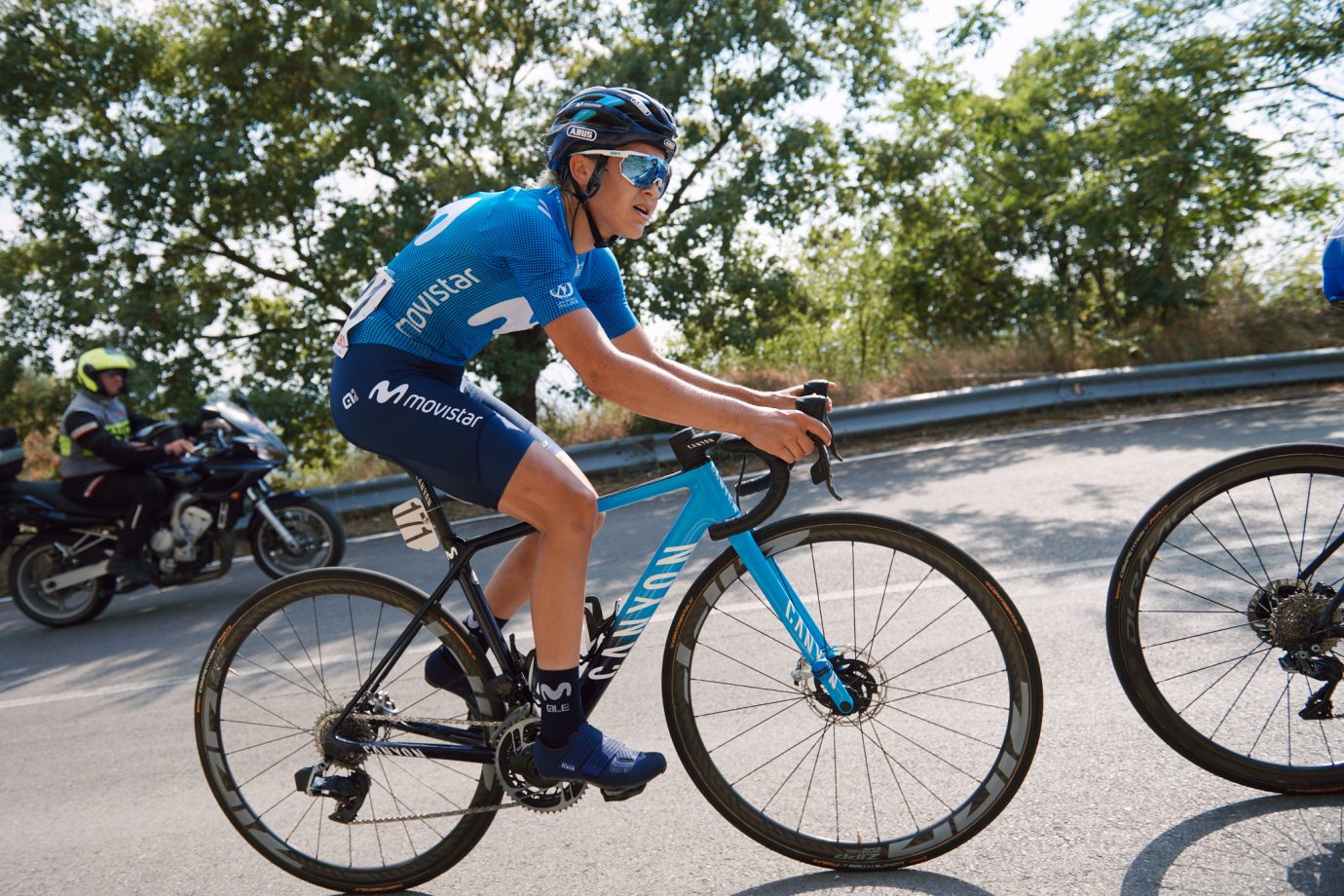 The Movistar Team completed its best performance yet in the 2020 Giro Rosa during the eighth, penultimate stage -91.5km from Castelnuovo della Daunia to San Marco la Catola, in southern Puglia soil- with a 4th spot for Katrine Aalerud. The Norwegian youngster was only beaten at the brutal finish (2.5km at over 12%, followed by a tough finishing slope at 6%) by stage winner Longo Borghini (TFS), new race leader Anna van der Breggen (DLT) and New Zealand’s Mikayla Harvey (EPK).

The squad directed by Pablo Lastras was at the front during all phases of the race, also joining the most dangerous breakaway with Jelena Erić into a nine-woman group alongside Kennedy (MTS), Pieters (DLT), Winder (TFS) or Novolodskaya (CGS). The group was caught at the foot of the last climb, 6km before the end, as the favourites -Katrine amongst them- were already jumping off the front of the bunch.

Aalerud thus approaches to the overall top-ten -the Nowegian is 14th, with Paula Patiño in 13th-, which will be defined on Saturday with the final stage around Motta Montecorvino (110km), a demanding circuit with four Cat-2 climbs to Volturno, also climbed today.