Carretero, Rubio fight for stage five in the Giro 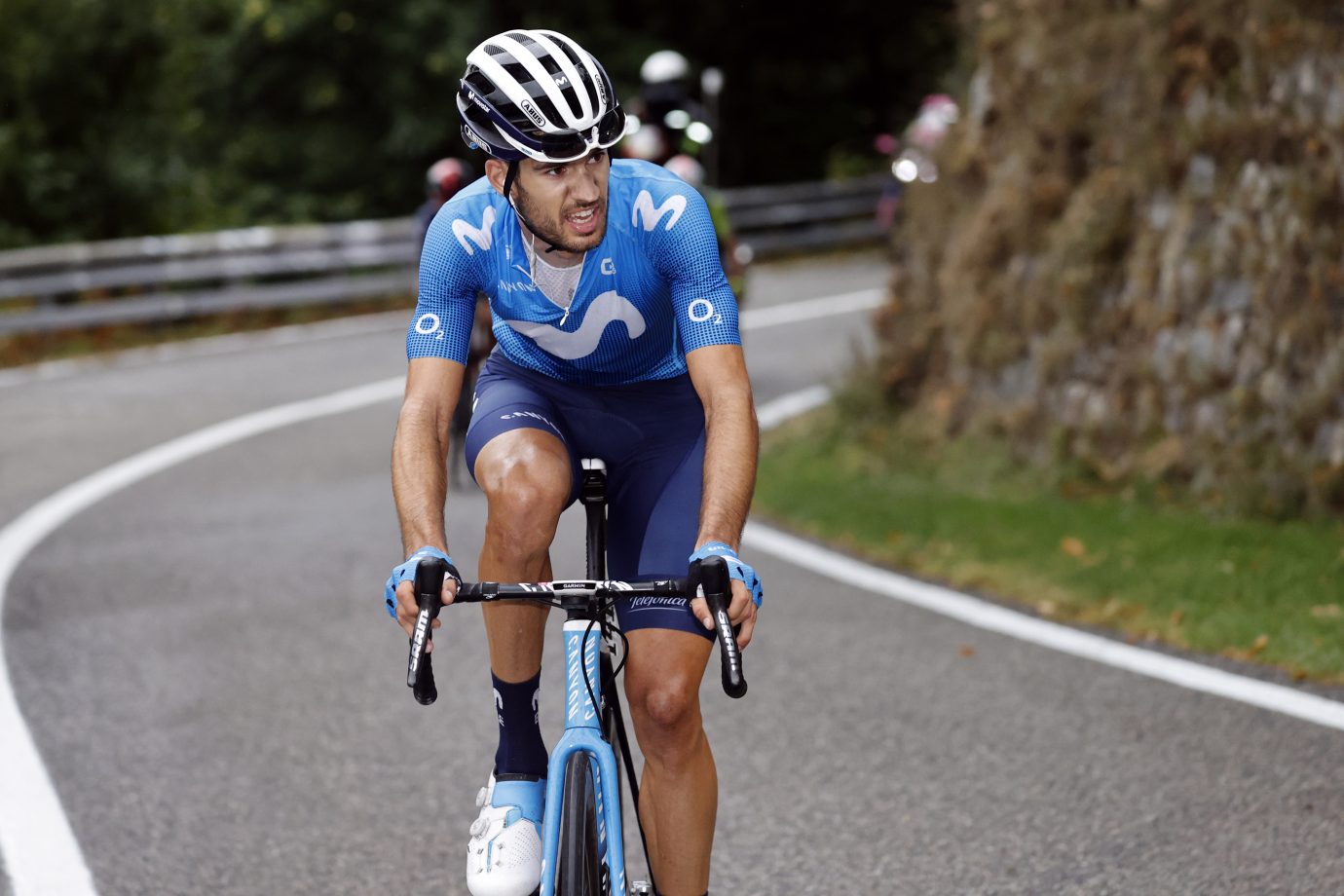 Héctor -a main factor in the winning break-, Einer -on the attack into decisive Valico di Montescuro climb- show the Telefónica jersey at another win by Filippo Ganna (IGD). Pedrero, Samitier finish inside GC group again.

One of the most demanding stages in the 2020 Giro, with 4,700 meters of elevation gain and 225km between Mileto and Camigliatello Silano. The second half of the race was really demanding, with lots of ups and downs and the Valico di Montescuro (Cat-1), one of the longest climbs of the entire season at 24km (at 5.6% average). The summit was 12km from the end.

As warm as the Sicily stages were, it was nowhere as near today, neither in the opening phase of the race (20-22ºC) nor in a cold final section (less than 10ºC a the top of Montescuro), combined with some brief spells of rain and a bit of crosswind (about 20kph) early on.

Einer Rubio: “There were several from us trying to fight for a spot into the early break, and even if I wasn’t able to, we had Héctor in a good position up there. Those attacks into the final climb gave me a chance to keep on trying and I could follow De Gendt’s move through to the front. I felt quite more comfortable in the pack today and carried stronger legs, after some opening stages where it was taking a bit more for me to follow the pace and I wasn’t feeling as confident. I lacked quite a bit to be able to go past that strong attack from Ganna, but as I say, we’re getting stronger every day and I’m finding back that confidence. Let’s keep trying – I’m willing to go for it and there will surely be more chances in the upcoming days.“

After such a demanding day, the GC contenders should be able to enjoy some respite – not much – during stage six on Thursday. 188km will be covered between Castrovillari and Matera, climbing the GPM de Millotta (Cat-3) with 26km to go and a series of little bumps before the line. Should sprinters get to those ones, it won’t be easy at all for them to contest the win, as a 750m slope at 6% will be covered with 2km to go.