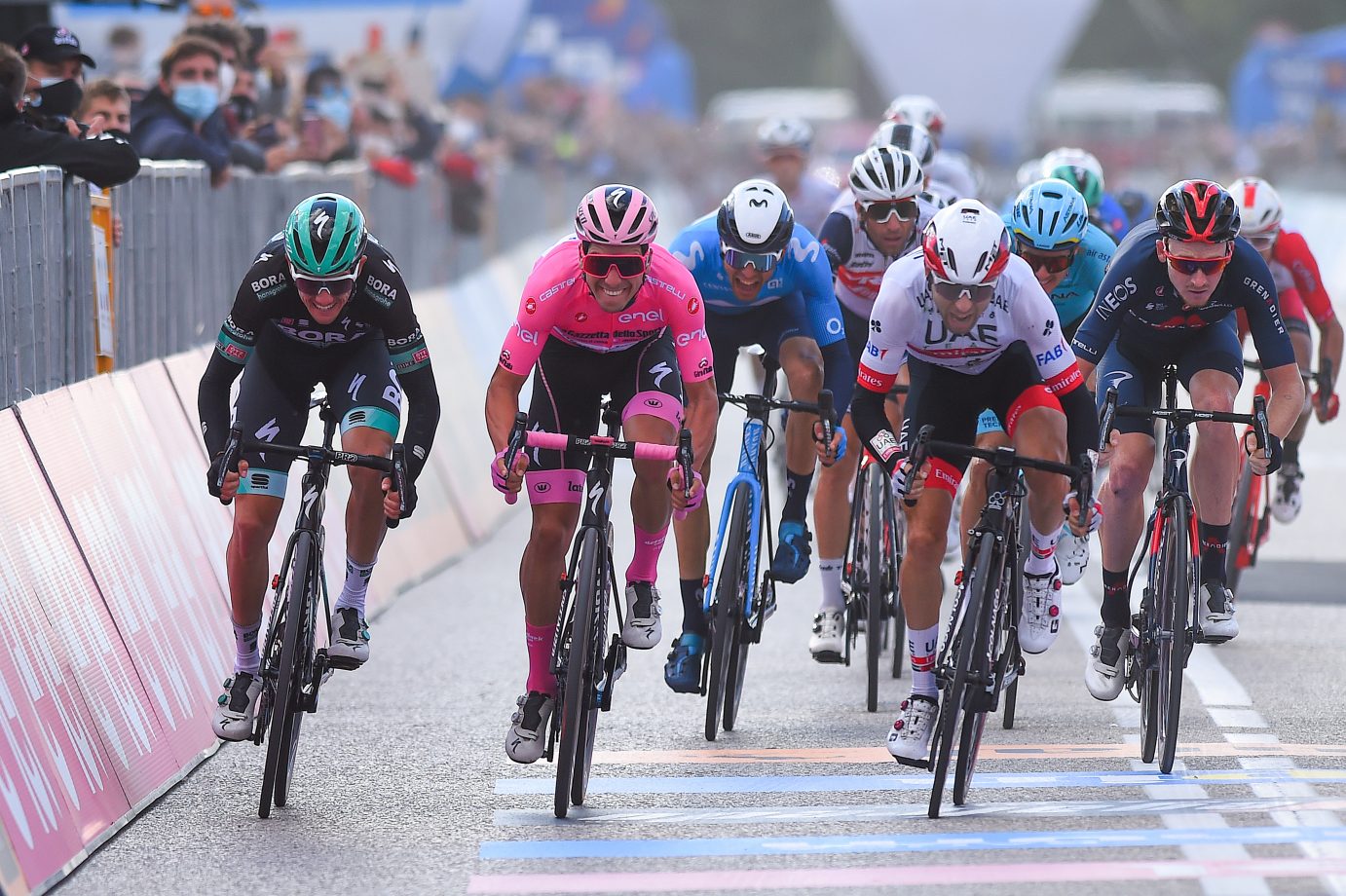 Sergio claims first top-ten finish for Movistar Team in this year’s ‘Corsa Rosa’ as both Blues make it into elite, 20-rider field after hard pace into final climbs. Tough ITT coming up on Saturday.

Friday’s stage thirteen in the 2020 Giro was, in practice, the last sprint opportunity of the race, because, even if there’s some flat routes still left, third weeks in the Grand Tours are always unpredictable. The 192km route from Cervia to Monselice was divided into two parts: a long flat through the ‘Pianura Padana’, then the decisive 35km, with two Cat-4 ascents: Roccolo (4.3km at 8%) and Calaone, the latter crested just 16km before the end.

We’re finally getting to northern Italy -today’s finish was between Bologna and Verona-, and that really shows at the temperatures: barely 14ºC maximum during the race and a slight, even if sufficiently annoying, headwind for most of the stage. And to cap it off, the effects of a squall in the Gulf of Venice, which meant: plenty of rain once again!

Saturday will take us to what should be the first real race-defining stage in the 2020 Giro. A demanding 34km ITT will link Conegliano to Valdobbiadene, between hills and vineyards, with two main difficulties: the Muro di Ca’ del Poggio (Cat-4; 1.1km at 12.3%) and a longer ascent towards Guia, in the last third of the stage. Two sections will, in turn, be perfectly suited to the rouleurs (the last 6km and about fifteen kilometers halfway through), while the finish will require an extra effort, with some slopes, not too difficult, towards the line. One for the TT specialists… ma non troppo.