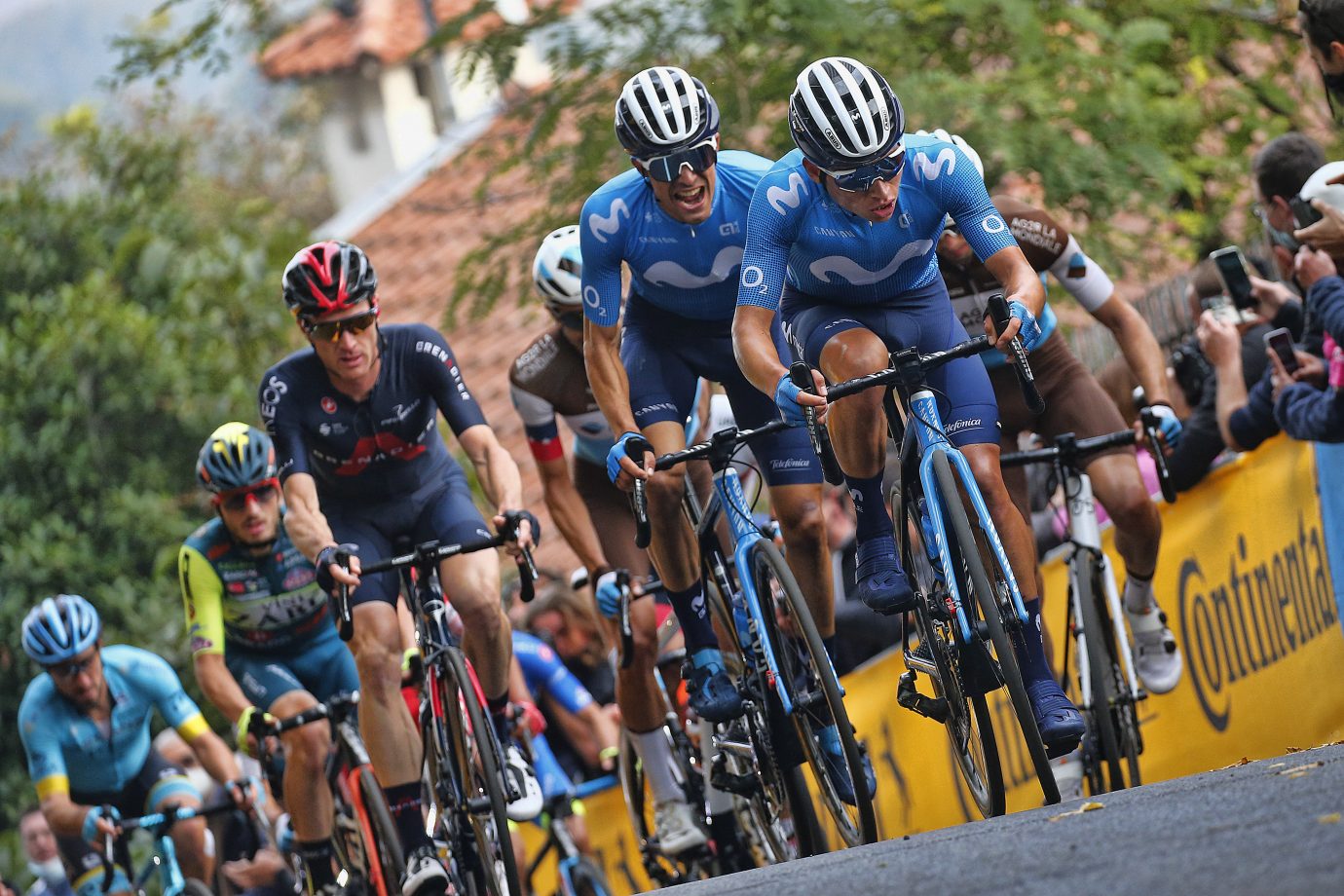 Following the second rest day, the 2020 Giro resumes with four consecutive stages over 200km -and the one after that, Saturday’s mountain journey before the decisive TT in Milan, will be 198km long-. Tuesday’s route was a 229km trek from Udine to San Daniele del Friuli, with six rated climbs and a three-lap final circuit over the Monte di Ragogna (2.8km at 10%).

Thoroughly enjoyable conditions if we consider we’re already in late October and in the north of Italy. Partly cloudy skies, temperatures between 10 and 15ºC and a breeze of air.

We’ll be tackling another crucial mountain stage on Wednesday, with 203km starting in Grappa and covering four big climbs: Forcella Valbona (Cat-1), the Monte Bondone (Cat-1), the Passo Durone (Cat-3) and the finish up Madonna di Campiglio (Cat-1). All of that, in the eve of the Stelvio, Thursday, and Agnello + Izoard, at Saturday’s mountain showdown.