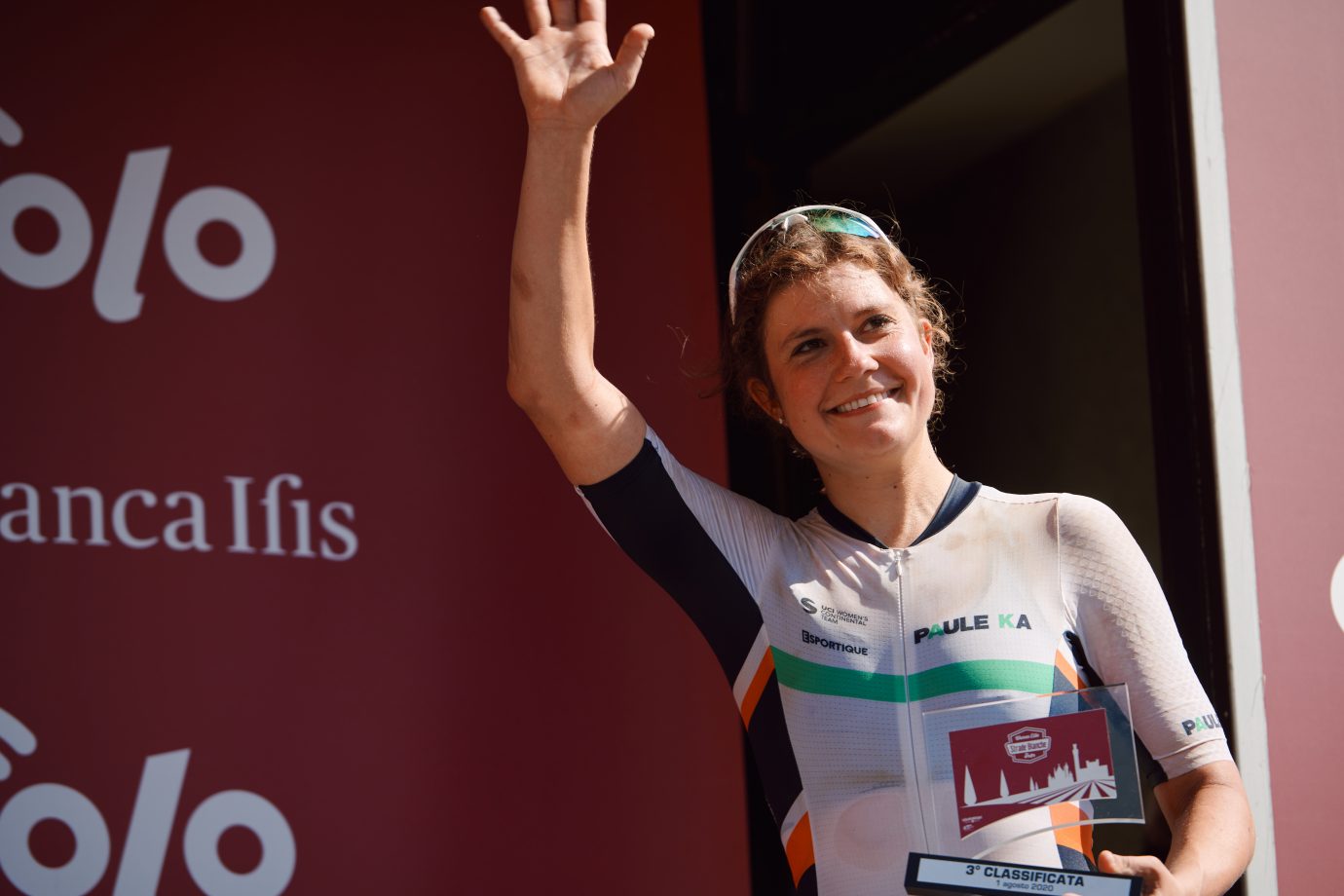 American, 31, to bolster Telefónica-backed squad with her all-rounding class; completes Spanish team's strongest ever group since its inception, with 14 riders

The Movistar Team announced Monday that Leah Thomas (Cupertino, CA; 1989) has signed a contract for the 2021 season with the squad managed by Sebastián Unzué, which makes her the fourteenth, final name of the Telefónica-backed outfit for the next season.

A cyclist only for the last seven years, having previously competed as a gymnast and at long-distance running, the American has steadily developed a big talent on the bike towards world-class performances in the most diverse terrains.

A great time trialist -she was 7th at the World Championships and Pan-American champ in 2019, also claiming the victory at the Chrono des Nations last year-, Thomas has also completed great displays at mountainous courses. She was 8th at the demanding 2019 The Women’s Tour; won the hilly Tour of Scotland two months later; and surprised again in 2020, both before and after the pandemic stop: she won the Queen stage of the Setmana Setmana Valenciana against top climbers, and took 3rd at the Strade Bianche ahead of the likes of Van der Breggen, Longo Borghini or Uttrup Ludwig.

Leah Thomas: “My interactions with the Movistar Team have been nothing but positive. I believe that they care about their riders as more than just expendable athletes, and are honest and transparent about what they can provide. I am excited to be on a team that is developing and, like myself, striving to be better each and every day. An additional plus is they have fantastic equipment!

“Cycling is a special sport because there is always room for improvement. This next season I want to focus on consistency and being the best I can be at each race I enter. During the 2020 season, I was most proud of my podium in Strade Bianche – not because I placed third, but because I had bad luck in the race and never stopped fighting. I want to take those lessons of resiliency and grit and continue to develop them in this coming year. I have specific race goals in mind, but want to understand the needs of the team before pushing forward. One, of course, is making the US Olympic Team.

“I’ve learned from previous teams that true teamwork is integral to the success of the team. First and foremost, I hope to be a support for Annemiek in the coming season. Additionally, I hope to continue to develop as an opportunistic racer who excels at the really hard, relentless, classic-style races. I am very much looking forward to working with everyone this coming season.”

Sebastián Unzué: “Leah is the final piece we were missing to create a balanced, strong group for next season. She’s a rider who not only defends herself well in all terrains, but shines amongst the best in every single one. She’s a great time trialist, a solid climber who does well at mountain-top finishes, a valuable asset for the classics – het talents are crucial for our team’s success in the upcoming season. Having her aboard will allow us support Annemiek even better, while also aiming at great results over the course of the season.”

With Leah Thomas’ signing for 2021, the Movistar Team has finalised its strongest, most balanced squad in its four years in the peloton -including two at the new UCI Women’s WorldTour category-, with six Spaniards and up to nine different nationalities in its 14-rider roster.

“I feel like we’ve been able to build a pretty balanced group,” explains Sebastián Unzué, “with talented youngsters together with expert, solid veterans. A deep roster, with 14 riders, which will be able to both support Annemiek at the most important events and also contest every challenge we tackle next season, with both the newcomers and the members already part of the 2020 team. Our goal had always been to grow one step at a time – we made a huge gamble on young talents, whom we nurtured here and made sure reach their full quality, and in 2021 we should be able to take that huge step forward and seek for the most ambitious goals. It should be a beautiful season.”