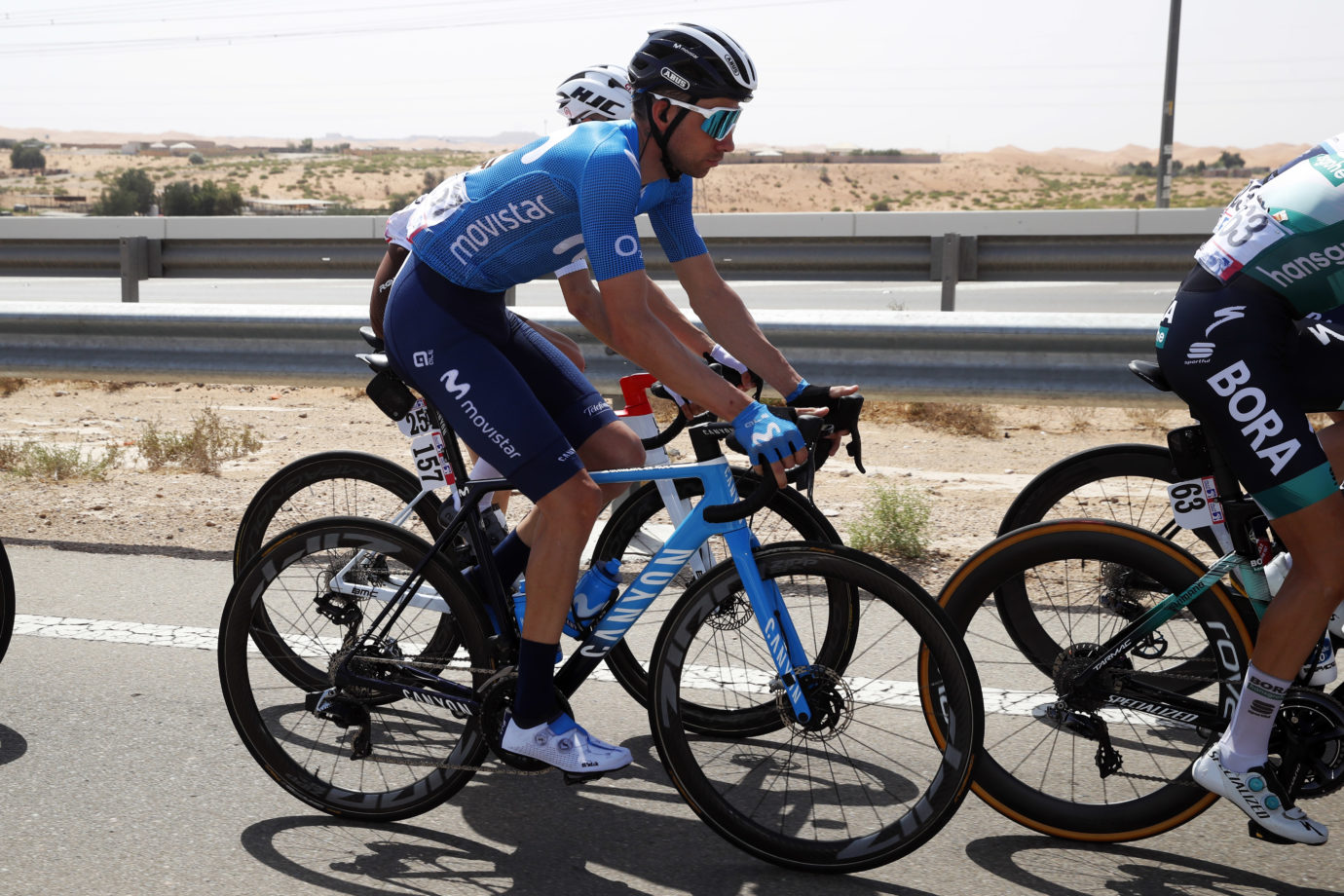 Italian finishes over three minutes behind dominating Pogacar (UAD) at first mountain-top finish, as Movistar Team contenders are unable to keep up with strongest climbs.

As the GC went quite restricted to six or seven climbers who coped with Sunday’s crosswinds, the race would start to get decided on Tuesday at the mountain-top finish of Jebel Hafeet, the race’s best known climb, with its 10km at around 6% average. Before the ascent, roads were flat, wide and open.

Winds were quite similar to previous days, with a consisten 20kph from the northwest. Temperatures also remained the same as in the opening two stages, around 27ºC.

The sprinters should be back in action on Wednesday at what could be the first real bunch sprint of this year’s race, following the splits on Sunday’s opener. A long stage four (204km) will take the riders out and back to Al Marjan Island, with no climbs on the route before Thursday’s decisive Jebel Jais ascent.