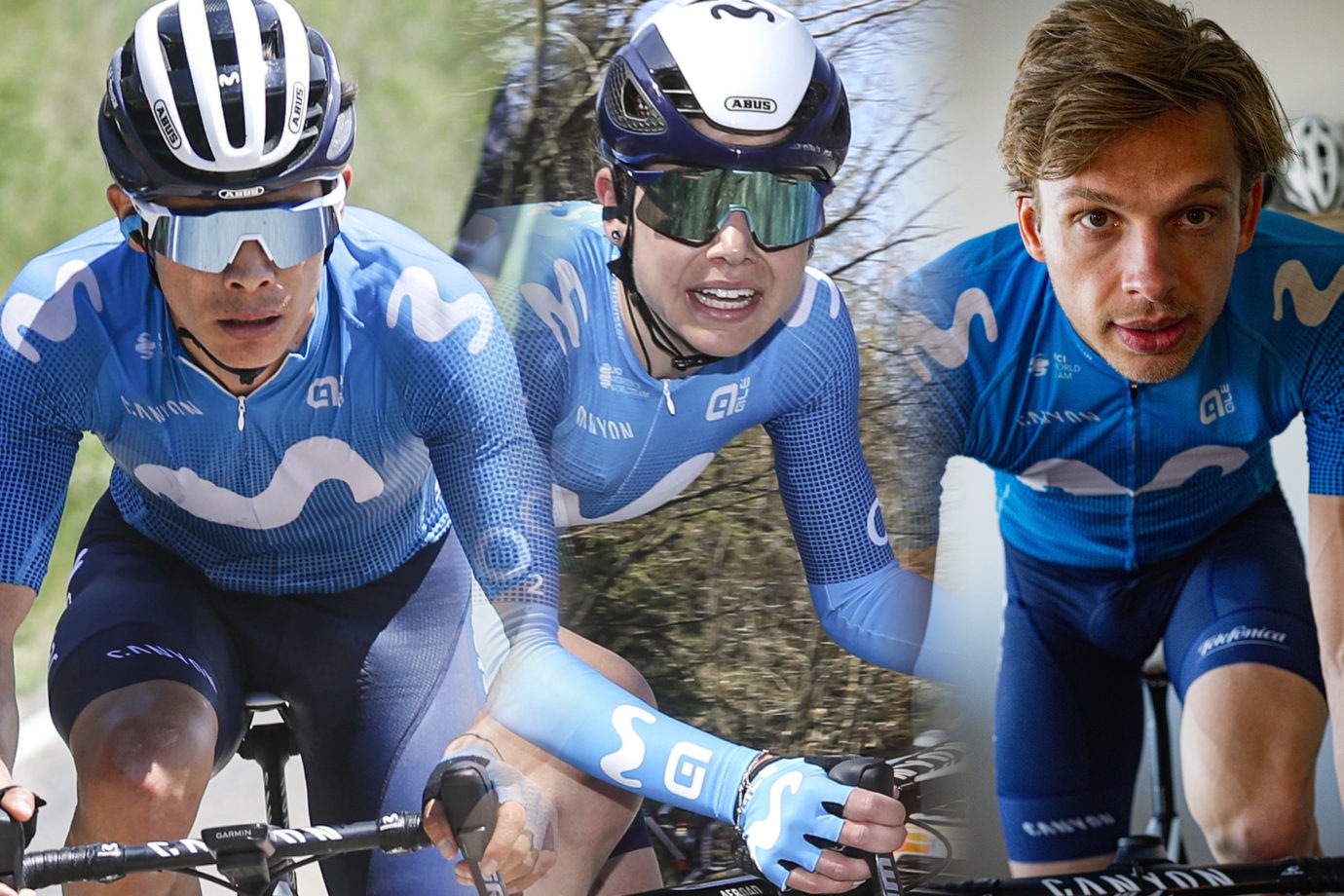 Partnership alive for more than a decade

Movistar company, the brand most identified with cycling in Spain and Latin America, renews contract with Blues for two more years after great success together since 2011.

Telefónica announced on Friday the extension of the partnership agreement linking them with the Movistar Team through to the end of 2023, which sees the only Spanish cycling team in the WorldTour (men and women) extending its decorated history for an additional two years.

Movistar has been the team’s main sponsor for the last 11 years, keeping alive the legacy of a legendary organisation in Spanish cycling, which will reach 43 seasons in the pro peloton in 2022.

Throughout these 11 years supported by Telefónica, the Movistar Team has covered more than 3,500,000 kilometers and 3,000 days of racing around the world, wearing the white M, blue-colored jersey at the front of one of the sports which offers best visibility to sponsors and reaches further into the heart of the territories it rides through.

309 individual victories in five continents have been notched up by the Blues, both in the biggest WorldTour classics and in the most important stageraces.

Alejandro Valverde (a three-time UCI World No. 1 in his years under Telefónica’s sponsorship, as well as podium finisher in all three Grand Tour) has been the rider with most victories for the Movistar Team since the sponsorship started.

The Movistar Team’s sponsorship by Telefónica generates great return on investment for the Movistar brand in all territories. The team’s reach across its digital channels in 2020 was 95 million people.

Cycling has gathered audiences of more than 60.7 million spectators in Spain, with more than 1,600 hours of broadcast and an advertising return estimated in 200 million Euros. The Tour de France is the most watched cycling event, with almost one million viewers every stage in 2020 (8.3% share).

Movistar is the brand most associated by the public with cycling in both Spain and Latin America, a key for this sport to keep growing around the world as a professional activity, a sustainable vehicle and a symbol of healthy lifestyle.

Eusebio Unzué, General Manager of the Movistar Team: “For us it remains a huge pride, more and more after all these years, to enjoy such a long-standing support from Telefónica. It’s already more than a decade with the company by our side, showing us their support in many aspects that go well beyond what could simply be a sponsorship. With them, both our team and cycling as a whole have taken a big step forward towards a fully digital approach this sport needed. We’ve been able to get this sport closer to people with a great audiovisual effort launched by Telefónica. New support on the technological side, with Telefónica Tech now on our jersey as a core part of the team, is helping us bringing the latest advancements into the science of cycling for this team to keep moving forward. And we’ve made significant improvements in aspects that get this sport closer together with society. Equal opportunity, with a women’s squad that enjoys the best infrastructure and hasn’t stopped bringing us joy for the last four years, as one of the best teams in the world. Also, our commitment to make this world more inhabitable, with sustainability initiatives we’ve been carrying out for the last few years. And so many other aspects which Telefónica continues to make possible with its support, a big effort to to modernise this beautiful sport that is cycling.”

Rafael Fernández de Alarcón, director of Brand, Media, Investigation and Partnerships of Telefónica: “Movistar Team is a big part of our family. Being able to support this team in their efforts, their victories, their technological transformation, is one of the things that really five sense to our commitment with sports. Telefónica and its brand, Movistar, want to remain the biggest reference of sports partnerships in Spain, and announcing this extension today really makes us happy and proud. We can’t wait to see the team take the start of the Tour de France, and we’re confident the team will do well both in the ‘Grande Boucle’ and the remainder of the season.”

Other than great sporting results, Movistar’s commitment with cycling has made for significant improvements in the whole sport: