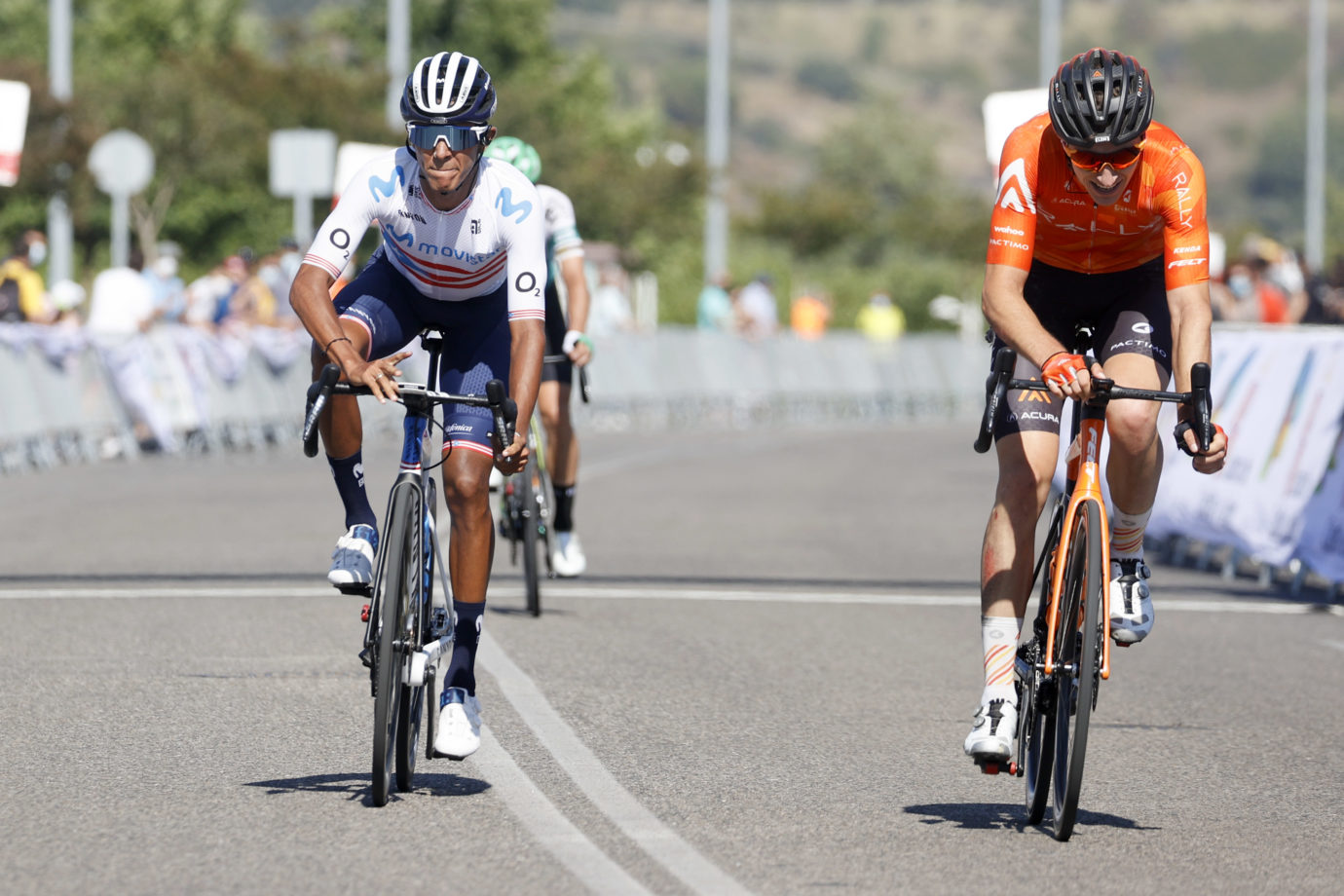 Promising French youngster Matis Louvel (ARK) took a surprise solo victory at the 35th Vuelta a Castilla y León, the only member of the early, nine-man breakaway to hold off the favourites and reach Ponferrada’s finish ahead. The peloton never played a factor in the final part of the race, with even a counter-attack finishing before them as Abner González (Movistar Team) took advantage to finish in fifth, his best result so far in the top tier of cycling during his WT neo-pro season.

Matteo Jorgenson had previously made part of the early break, later dropped into the local laps of the 2014 Worlds course – just before Abner joined a 12-rider move which unfruitfully fought to make it back to Louvel. Only Stefano Oldani (LTS, 2nd) was able to somewhat close in on the French rider, with González finishing behind Moreira (EFP, 3rd) and Zukowsky (RLY), who narrowly pipped the Moca native into the final sprint.

González takes, however, some good sensations back home in his first race following the double national title notched up back in June. The Puerto Rican’s next races will be the Circuito de Getxo (Sunday 1st August) and the Volta a Portugal, which starts in Lisbon on Wednesday 4th.