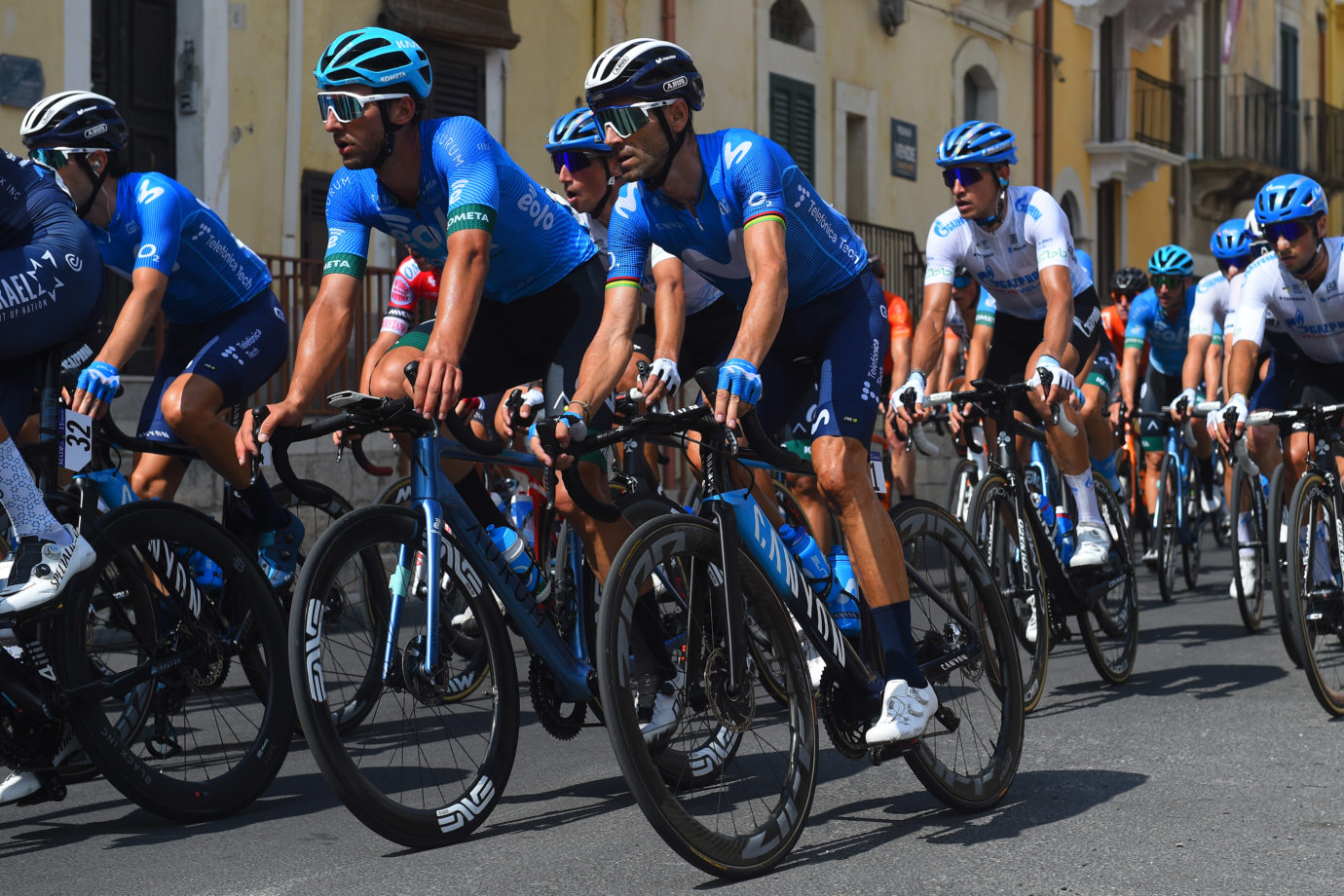 Movistar Team leader, well supported by his team-mates, returns to racing in windy, warm stage one in Italy, won by Sebastián Molano (UAD).

Less than 40 days after the serious crash which forced him to leave La Vuelta, Alejandro Valverde (Movistar Team) pinned some numbers on his back again at the Giro di Sicilia, which started on Tuesday in the southern roads of this Italian island with a 179km rolling parcours from Avola to Licata.

The group directed by Max Sciandri and José Luis Jaimerena covered ‘Bala’ perfectly, especially in the windy approach to the finish, where Abner González, Soler and Pedrero took big turns to keep the Spanish ‘campionissimo’ safe into the ‘checkpoint’ of the last 3km, where the race jury established the times would be taken today to avoid any risks in the volata.

Colombian Sebastián Molano (UAD) won the day’s sprint, presumably the first of two in the race considering Wednesday’s flat stage two finish in Mondello / Palermo -after quite a more demanding route, though-. Hillier routes, where the GC will be decided, are to be tackled on Thursday and Friday.