All quality needed to succeed

REALLY HUMBLE BEGINNINGS. Einer Rubio’s story as a professional rider starts when his whole family is forced to move away from hometown Chíquiza, in the Boyacá department, due to the drought affecting their potato fields and keeping their stable from being properly fed. They headed towards the Colombian capital, Bogotá, where Einer, once he finished secondary school, started working in the construction industry, and saved some money to buy a bike made of iron, with which he got back to training on the road. Still a junior rider (2015 / 2016), Rubio started to make a name as one of the most promising talents in the country, which made an Italian headhunter put his eyes on him so he could earn a place in the European peloton.

BREAKTHROUGH. Einer soon achieves good results despite the adaption to the Italian language and culture taking its time -the team he rode for, Aran – Vejus, has ended up being his ‘Italian family’, with fellow countryman Brayan Malaver now riding for them-. In 2018, he won a stage of the U23 Giro d’Italia, the GP Capodarco and a stage at the Giro del Friuli -the latter, in front of no less than Tadej Pogacar-, and in 2019, Rubio got himself into the podium of the amateur Giro, with a 2nd place ahead of current team-mate Juan Diego Alba.

SHINING IN HIS FIRST SEASON. In 2020, already as a Movistar Team member, he was the Telefónica-backed squad’s only neo-pro to make his debut into a Grand Tour, the Giro d’Italia, where he did really well from start to finish. Several breakaways allowed the young Colombian -6th at the final mountain stage in Sestriere- learning many lessons that will help him as a rider in the future.

Einer was part of the youth team supported by Esteban Chaves, a real factory of talent. Esteban celebrated Einer’s leap towards the top tier in November 2019 with this heartwarming message. 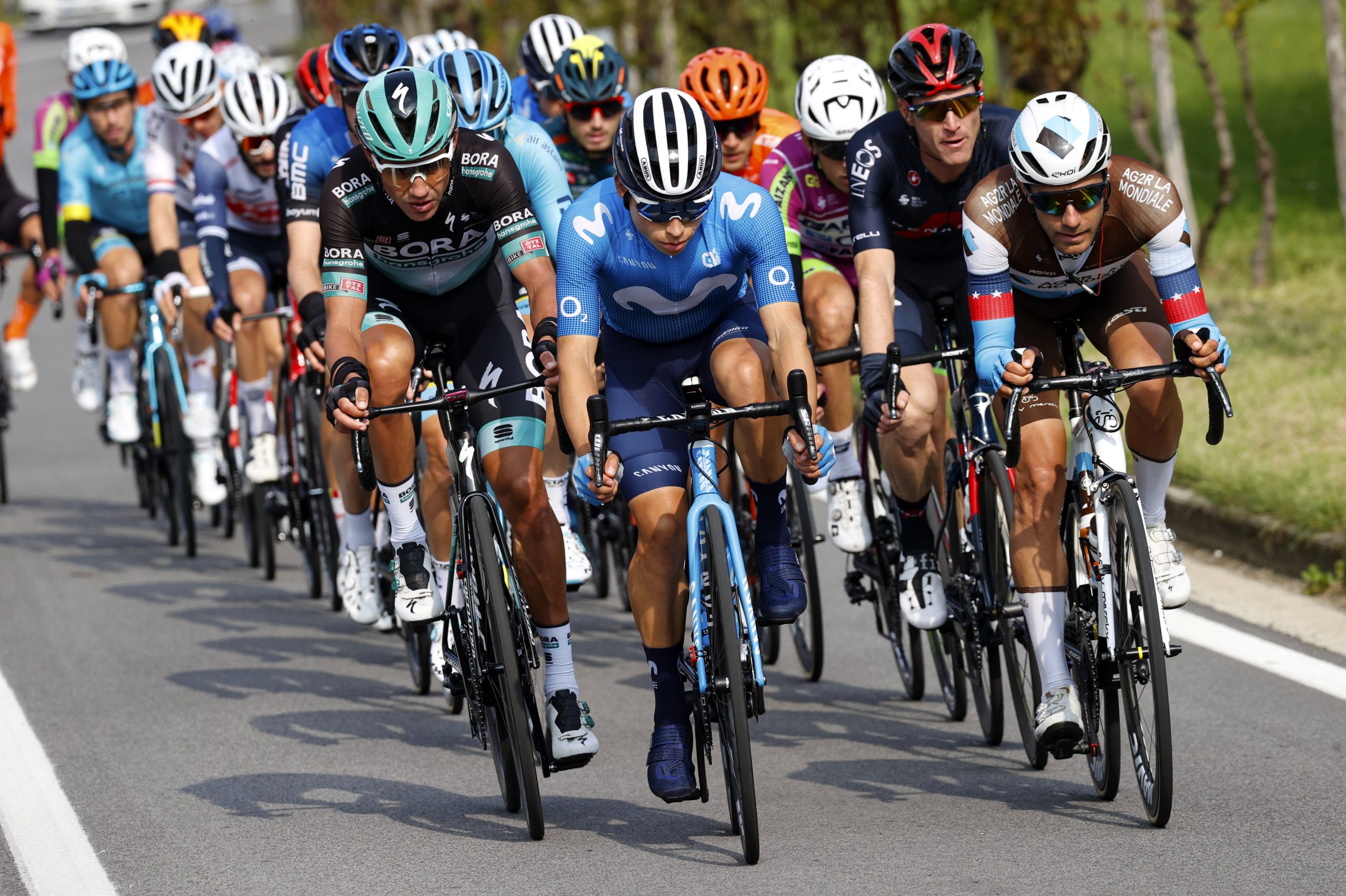 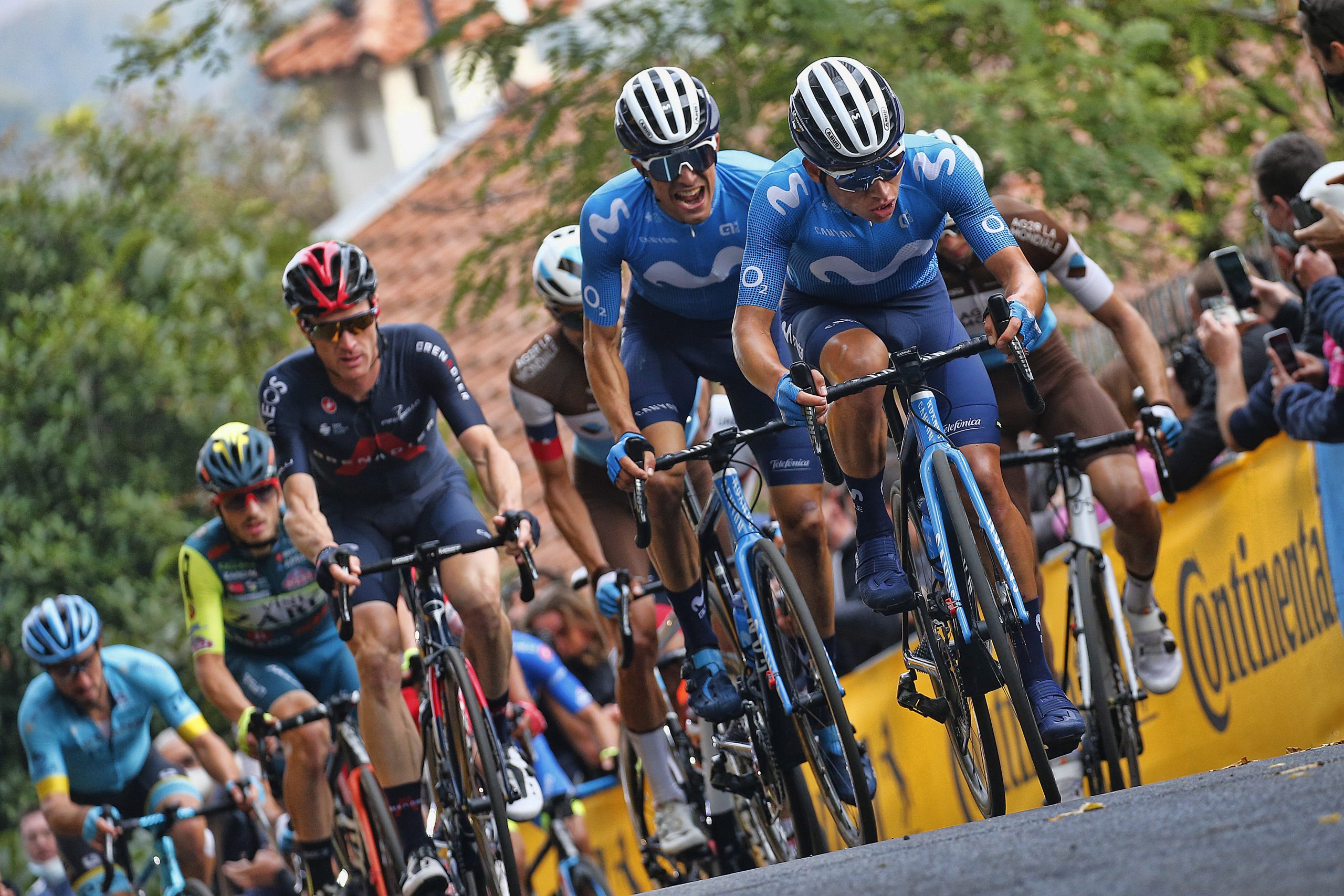 Working for Sergio Samitier at the ‘Corsa Rosa’.

With his ‘Italian family’.