One of the world's best specialists

BRILLIANT TT SPECIALIST. His fourth place in the 2017 World time trial championships, or the 8th spot at the 2019 Yorkshire ITT Worlds, are a proof of his splendid TT abilities. He’s also been a four-time national champion of Portugal; third in the 2016 Tour de France longest TT, behind Dumoulin and Froome; and 7th in the Rio Olympic Games. Always focused on supporting the team leaders, he doesn’t miss his chances to shine as an individual, both in TTs -3th in the 2020 La Vuelta (Ézaro), silver medalist in the 2019 European Games- and road races -6th overall in the 2020 Vuelta a San Juan-.

VUELTA STAGE WIN. After some injuries early in his career, Oliveira’s true colours came to the fore during the 2014 Vuelta a España, where he took a spectacular win on stage 13 in Tarazona, leaving behind a 30-strong breakaway with a strong, intelligent solo attack inside the final 25 kilometers.

MULTITASKER. He’s not only a world-class TT specialist: Oliveira also won the 2014 Portuguese road race Championships. His power on flat stages and resistance into the mountains -small hills and even big cols at times- have made him a coveted team player for the Grand Tours, which he has been part of eleven times (5 Vueltas / 4 Tours / 2 Giros). He doesn’t do bad on one-day classics, either: he’s finished 12th in San Sebastián and twice within the top-20 of the Ronde van Vlaanderen.

He was actually one of the best riders in the world as an under-23, with a silver medal in the 2009 Mendrisio TT Worlds and two podium finishes in the 2010 European champs in Turkey: a silver in the road race and a bronze in the time trial. 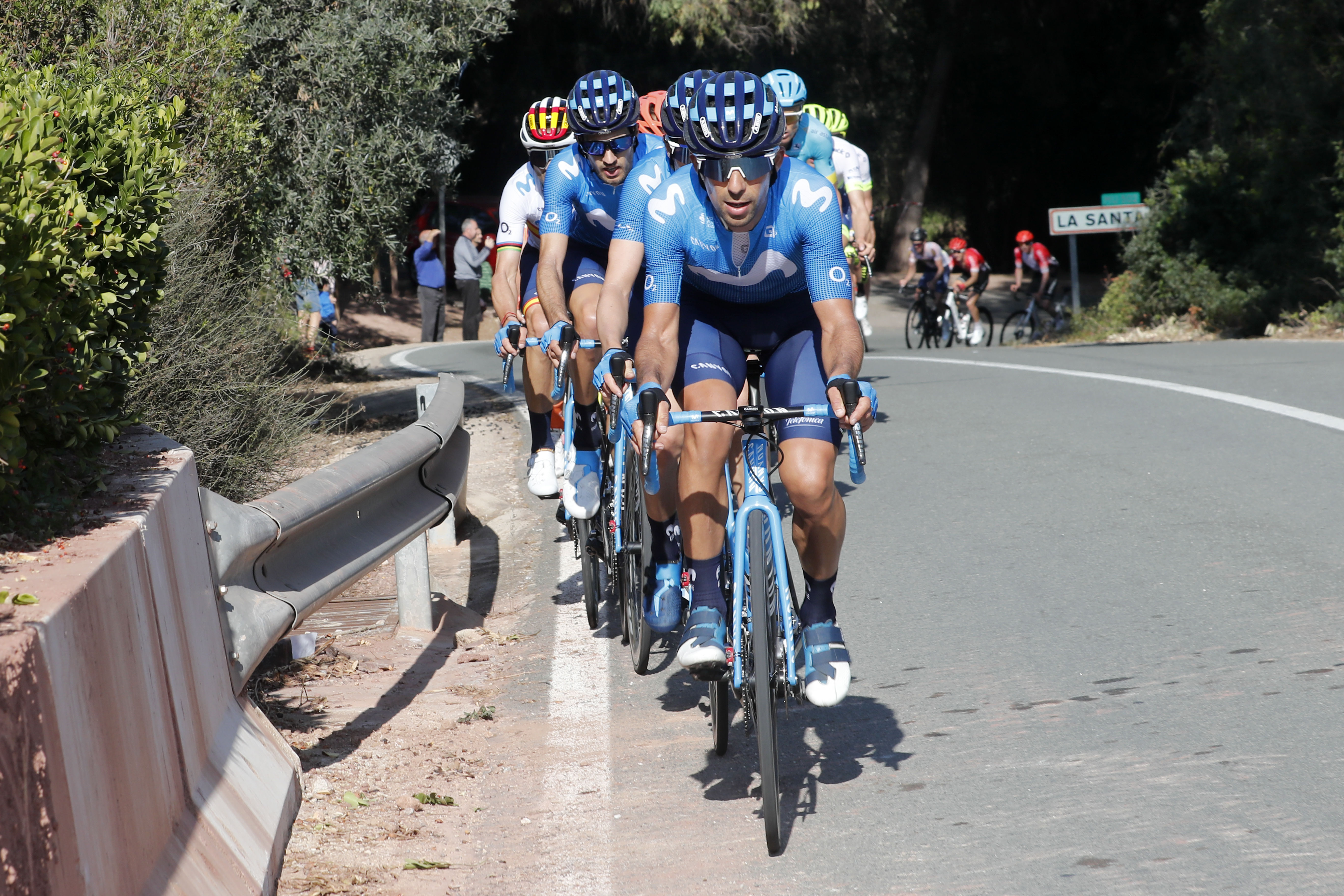 Working for the Blues during the 2020 season. 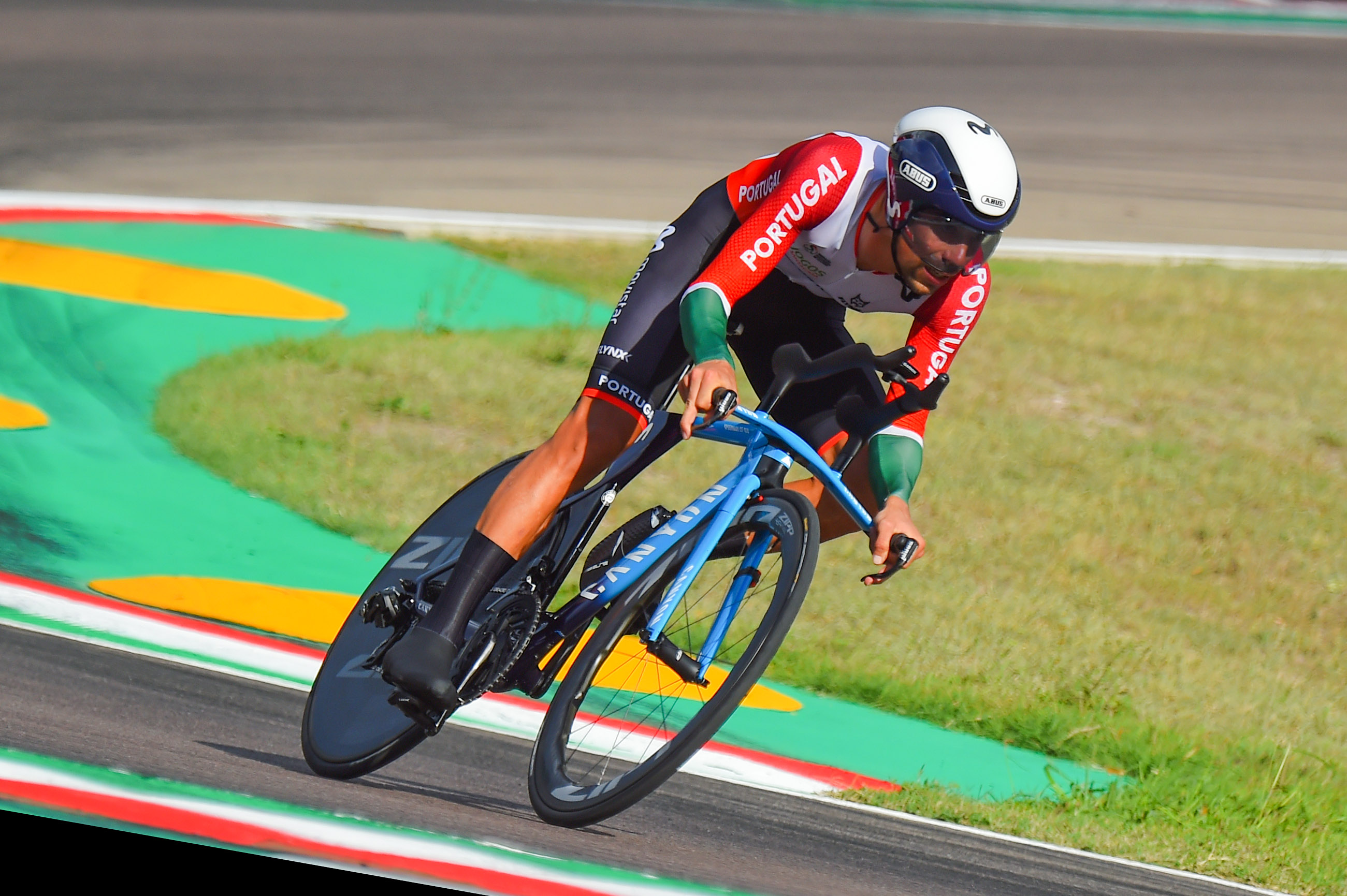 With one of his four national TT champion jerseys.