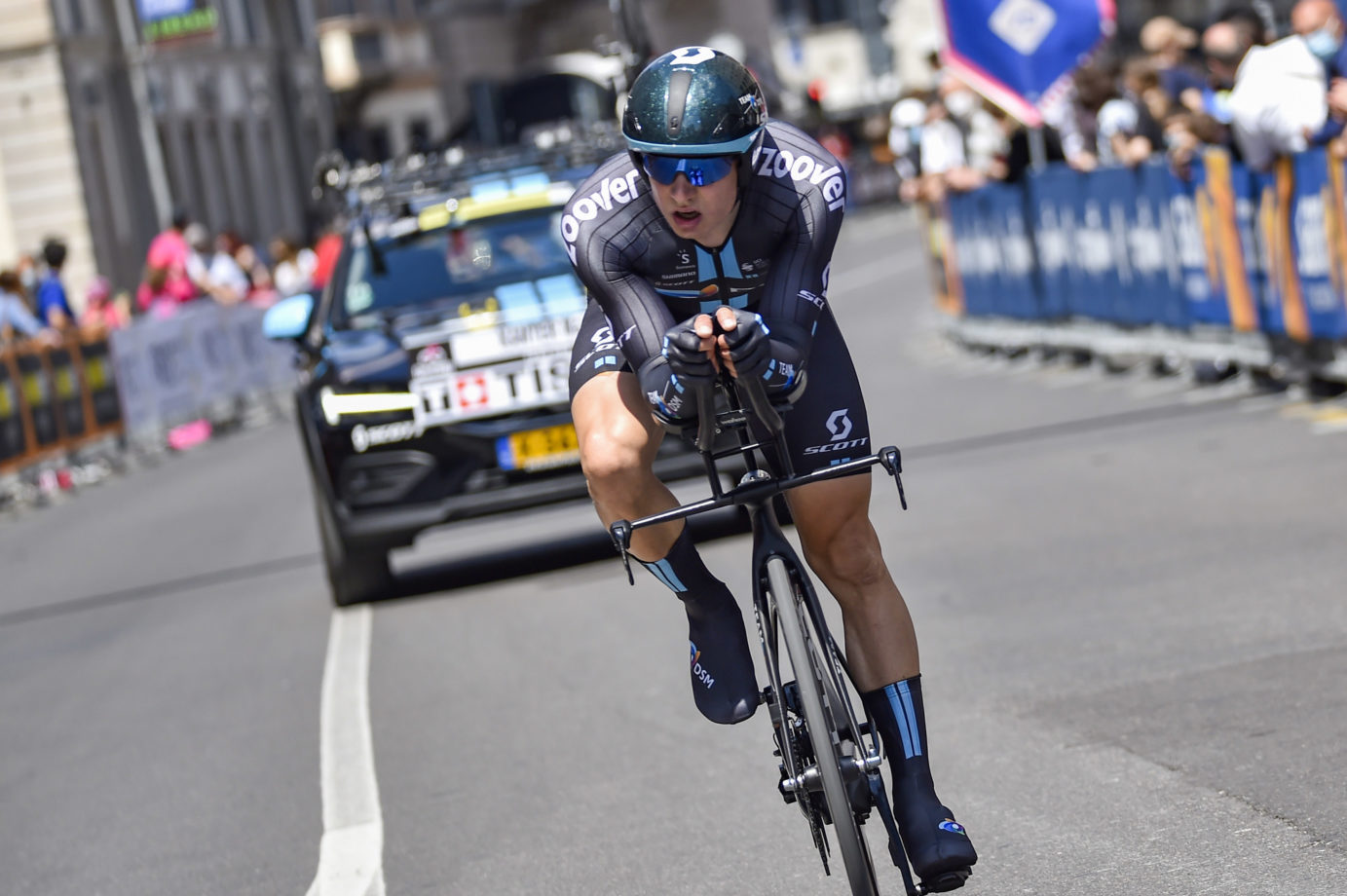 Following last Thursday’s announcement of Óscar Rodríguez becoming the first signing of the men’s Movistar Team for 2022, the Telefónica-backed squad confirmed on Tuesday it has reached an agreement with Max Kanter (Dresden, GER; 1997), a current member of Team DSM, for the next two seasons.

Kanter has covered almost his entire UCI career to date -five years- in the structure formerly known as Sunweb, whose development outfit saw him winning two consecutive German U23 road race title (2017, 2018). He also took 7th, inside the group contesting bronze, at the under-23 Worlds in Bergen (2017).

Promoted to the WorldTour team in 2019, a year overshadowed by injury, Kanter was able in 2020 to make his Grand Tour debut in La Vuelta, where he showed his sprinting abilities by taking two third places, against the likes of Pascal Ackermann or Sam Bennett, in Aguilar de Campoo and Madrid. This 2021 season, he completed his first Giro d’Italia; finished 4th at one of the Tour de Pologne’s bunch sprints; and showed consistency at the Tour of Britain, taking several top-ten placings.

Max will be the second German in the Telefónica-backed squad’s roster, with Juri Hollmann having also signed a two-year contract extension announced back in August.

“First of all, I would like to say I am extremely happy to join this team. I am very grateful for the huge confidence in me. I believe I also found the right people and an environment that will be perfect fit for me to take my next steps on the path to a successful career. The team is known for valuing human relationships above all, and for believing in athletes even when things don’t go as planned. Again, I am very grateful for that.

“Now that I’ve got some years in the WorldTour under my belt, I want to build on my successful time as an under-23 rider – with very great humility, but also with some healthy self-confidence, I say I want to win again. I’ve been close a few times in the last few years, and now I want that to happen with the Movistar Team. I feel the confidence, and I want to repay that. It goes without saying that I also want to give a lot to the team and will work for the leaders. I can’t wait to wear the new jersey. I would also like to thank my previous team for their cooperation.”