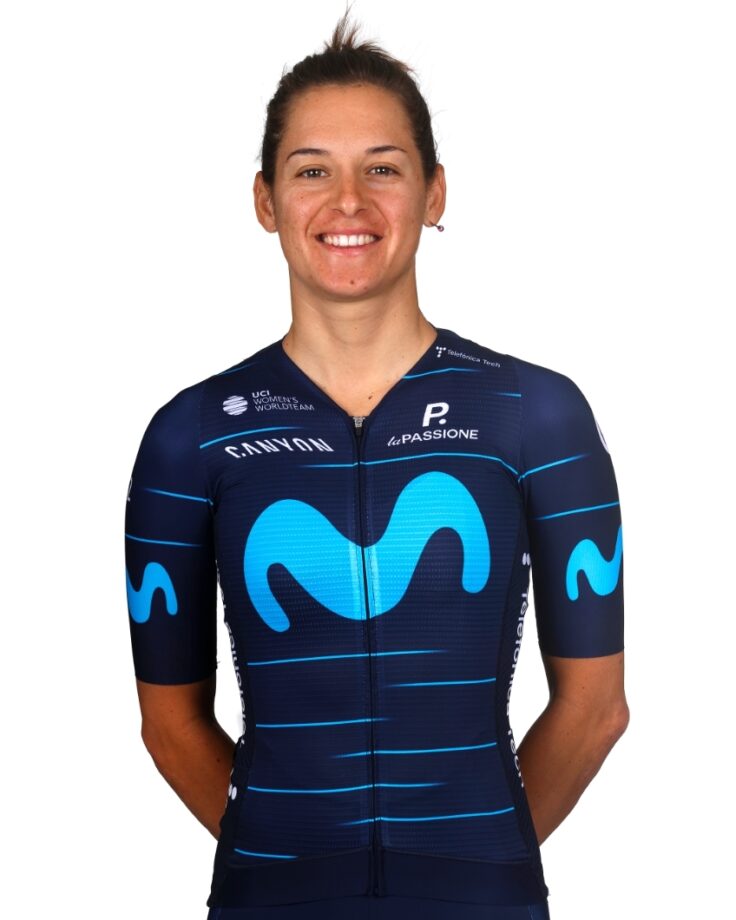 ROAD CAPTAIN. The grit and intelligence of the great Italian domestiques of all time is part of the DNA of Lombardy’s Barbara Guarischi, who will complete, at the age of just 31, her thirteenth (!) season in pro cycling. A true warrior, one who has seen everything in the sport, whose experience is crucial, a big step forward, for a group mainly composed of young riders. Should you need to instil fear in your rivals, trust her – she’s pure character.

ALREADY DESERVES ANOTHER ONE. ‘Baby’ finished up to six times on the podium in 2021, shining in Spain -2nd in the Vuelta CV-, France -2nd at a stage of the Tour de l’Ardèche- or Belgium -3rd in the Lotto Belgium Tour, the Baloise Tour or Dwars door de Westhoek-. However, a victory was neglected to the Italian, who, even if focused on team duties most times, has tried to get back to ‘goalscorer mode’ with the Telefónica-backed squad. Seeing her raise her arms victorious in 2022 would be a big joy for the Blues.