Spaniard spends 160+ kilometers at the front, caught with less than three laps left by the peloton, where Prades took 16th at predictable sprint finish.

Australian Michael Matthews (SUN) claimed back-to-back victories on Friday as he conquered the 2019 GP Québec, the first of two Canadian races in the UCI WorldTour, by surging with a powerful sprint past the move into the final hills by Peter Sagan (BOH, 2nd) and Greg van Avermaet (CCC, 3rd), amongst others. 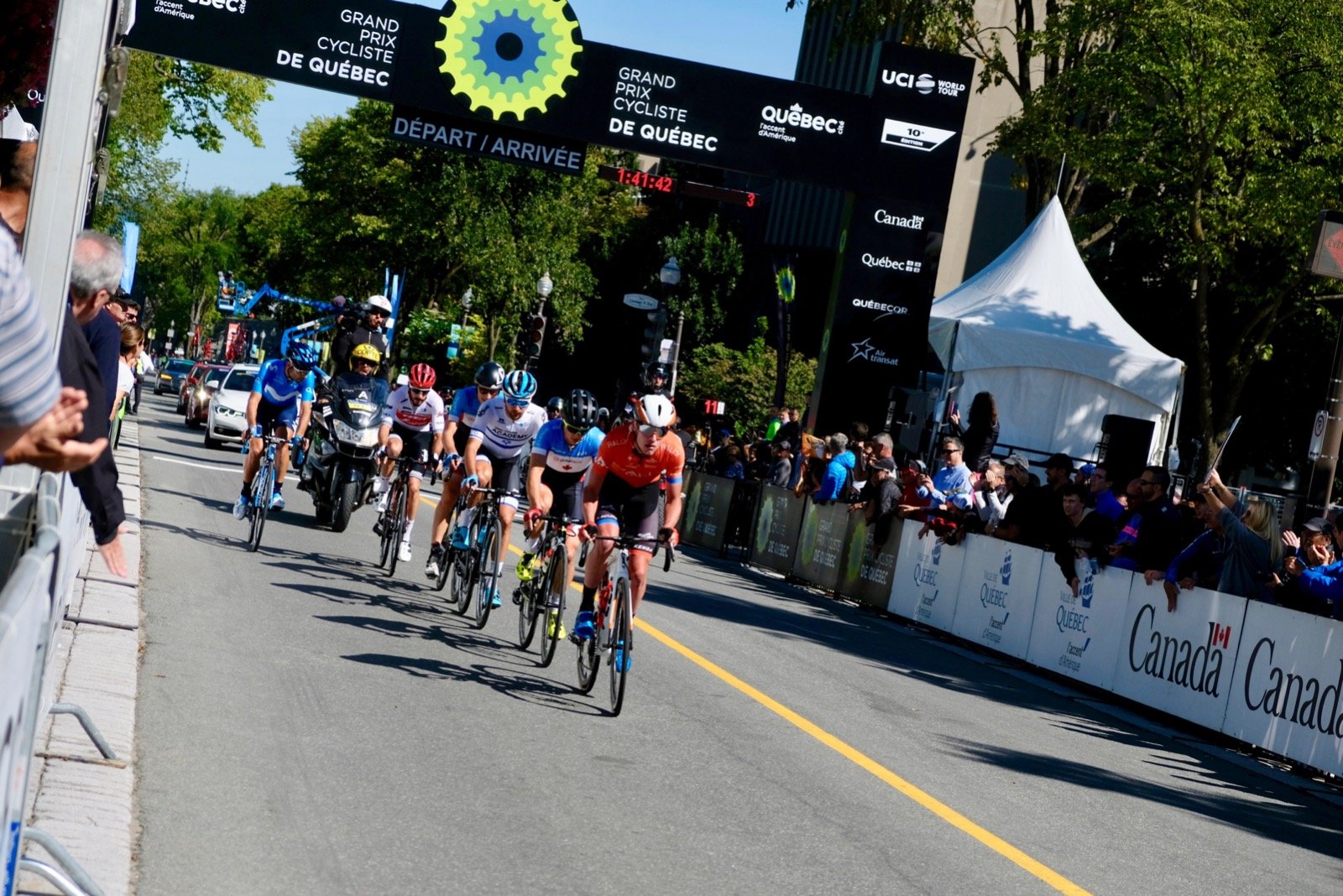 The Movistar Team had a prominent role early on with a long breakaway by Lluís Mas, which started in the opening lap of the Québecois circuit and was caught with less than 30 kilometers remaining, less than two tours before the end, by a big peloton which ended up coming down to about 40 riders at the finish.

The group included Edu Prades -16th and top Blue finisher-, Jasha Sütterlin (26th) and Carlos Betancur (34th), who will enjoy a better terrain for his skills at Sunday’s final race in Canada, the GP Montréal.