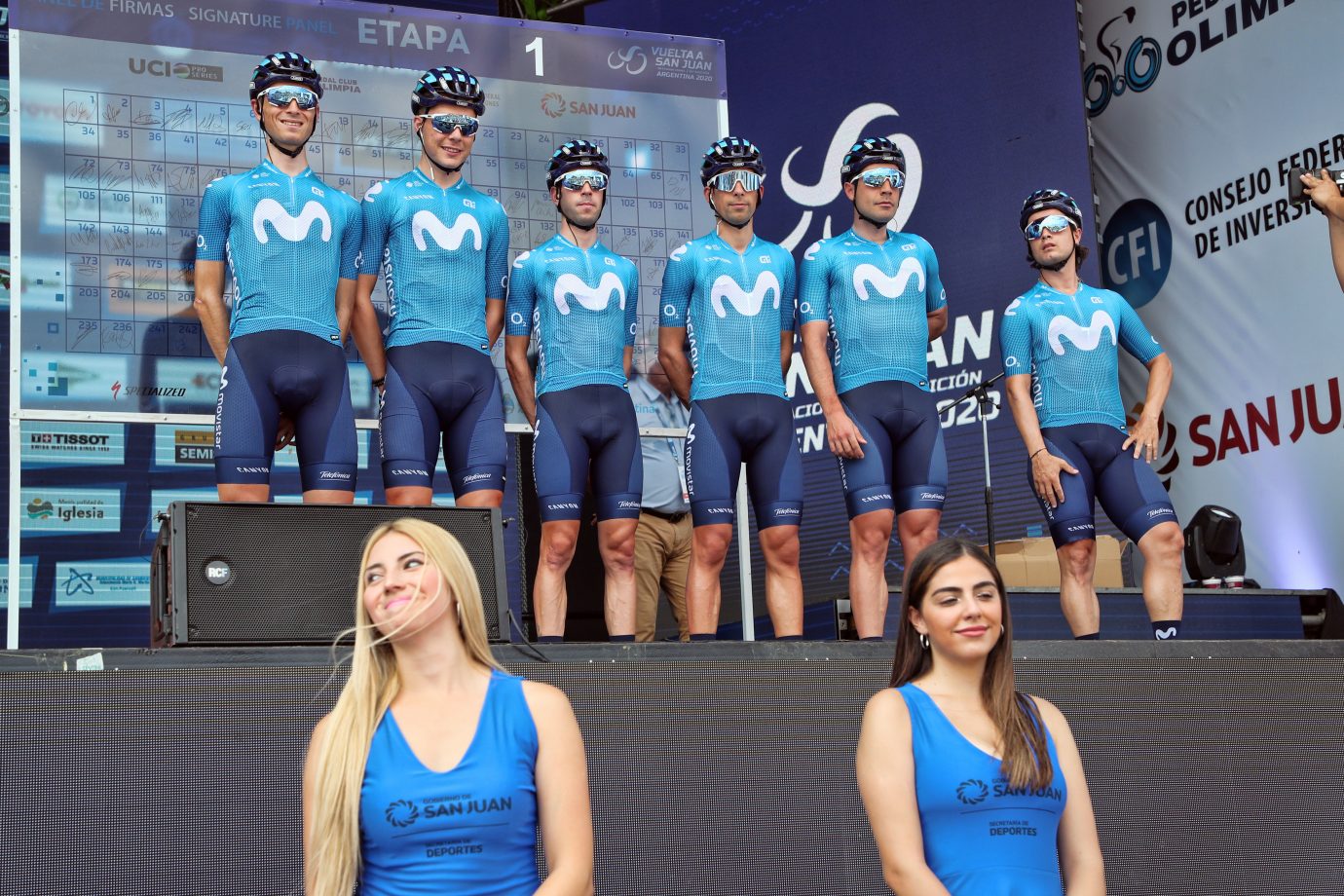 What had been so far a calm, hot day with not many significant scares for the Movistar Team on Sunday’s stage one of the 2020 Vuelta a San Juan turned into chaos for the entire peloton near the end of the 163km around the province’s capital. A crash with 3.5km remaining altered the inevitable bunch sprint -notched up by Rudy Barbier (ISN), first leader- and left many riders dropped, including Eduardo Sepúlveda, who finished behind the main group. Eventually, the race jury sent a communiqué after midnight which stated all riders inside the peloton before the crash would be awarded the same time, which neutralized Sepúlveda’s time loss.

The Telefónica-backed had enjoyed, up to that moment, the debut of three of its additions to the 2020 roster: Iñigo Elosegui, Johan Jacobs -both in their first day as WorldTour pros- and Sebastián Mora. It was quite a notorious first outing from the young Basque, pulling at the front of the peloton to protect Oliveira, Betancur and Sepúlveda himself, as well as Mora, who led the Blues’ performance with a 13th place in the sprint. Only a flat tire kept Johan Jacobs from joining his team-mates.

Pocito will be Monday’s starting and finishing venue on day two (168km), another chance for the sprinters which, as every stage in San Juan, will finish just after midnight CET, 8pm in Argentina.