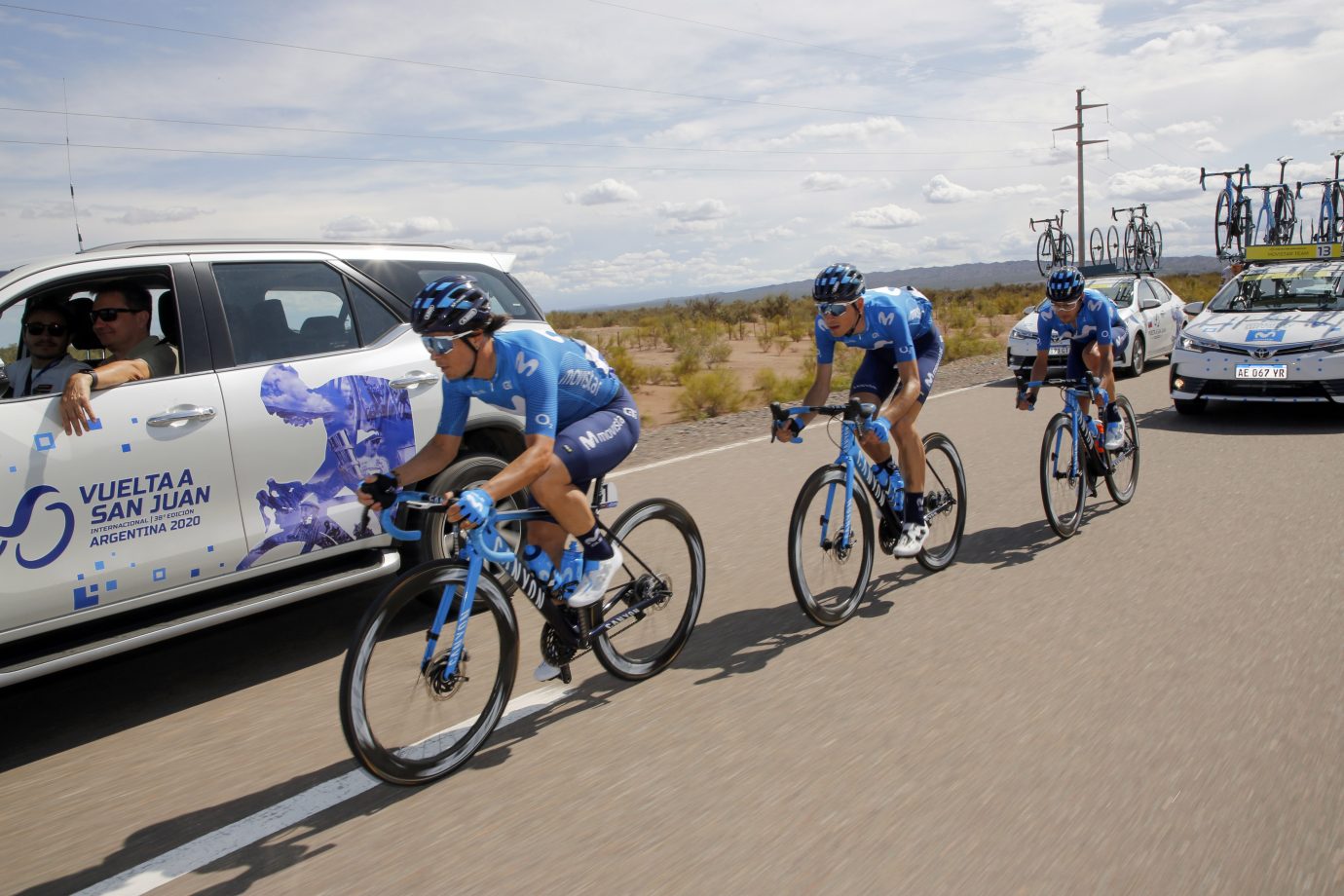 Wednesday’s passage of the 2020 Vuelta a San Juan through the lunar landscapes of the Ischigualasto Park -185km from Jáchal to Villa San Agustín on stage four– did not bring any major changes to the GC. Remco Evenepoel (DQT) solidly kept hold of his white leader’s jersey, while the final bunch sprint was notched up by Fernando Gaviria (UAD).

The Movistar Team didn’t have any real troubles to retain its strong overall position with Nelson Oliveira (4th), which was mostly made possible by the Portuguese rider’s great attitude. The Aveiro native joined one of numerous breakaway attempts prior to the day’s three major climbs. Those moves, including an attack by second-placed Filippo Ganna (ITA), were neutralized by team Medellín, which made a major selection in the field -only 50 riders together, with Nelson, Sepúlveda (still 12th overall) and Mora for the Blues-, yet didn’t avoid the mass sprint with more attacks afterwards.

The riders directed by José Luis Jaimerena, together with the rest of the convoy in Argentina, will have to cover a long, 300km transfer on Wednesday night, back to the capital for the race’s rest day on Thursday. After that, on Friday 31st, the peloton will tackle the decisive mountain-top finish of Alto Colorado, a gentle climb -last 14km at 4.6% average- nevertheless crested at nearly 2,600m above sea level.