Movistar Team on final podium of Vuelta a San Juan 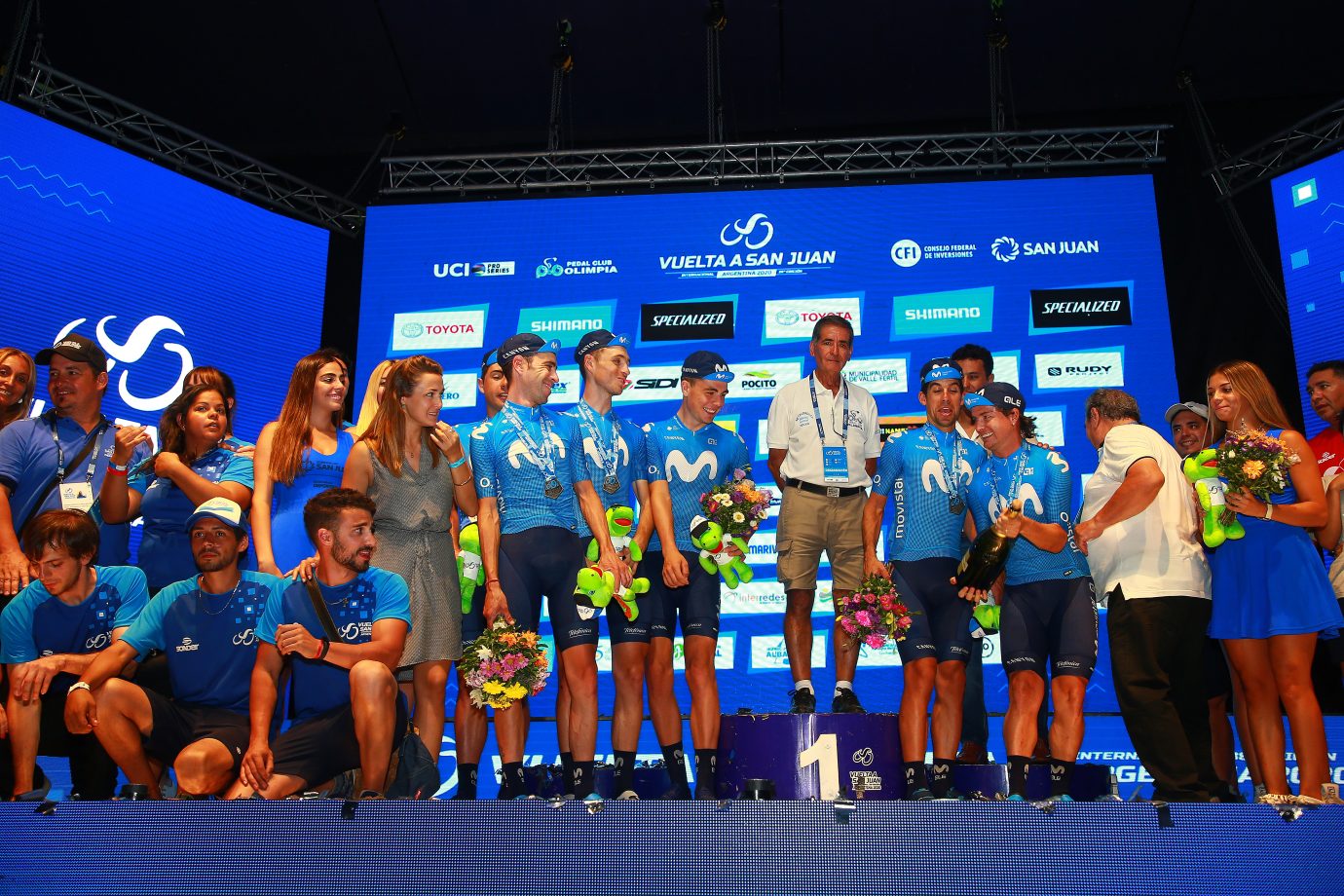 The 38th edition of the Vuelta a San Juan came to its close on Sunday with an overall victory for 20-year-old prodigy Remco Evenepoel (DQT). The Belgian conserved his white leader’s jersey for a fourth consecutive day into the 141km, nine-lap showdown in the capital’s Avenida Circunvalación, always over clean, flat, wide roads.

Contrary to what happened a day prior, with Zdenek Stybar (DQT) negating the sprinters their chance with a cyclocross-like move in the last 500m, the fastest men in the peloton contested today’s finish as Fernando Gaviria (UAD) claimed a third stage win. In turn, the Movistar Team again found no troubles along their way today and conserved its 6th place in the GC with Nelson Oliveira. The Portuguese allrounder defended himself well in both Tuesday’s time trial (4th) and Friday’s Colorado mountain-top finish (10th). The race jury decided to neutralize any time gaps for the final lap, which took some pressure off the bunch near the end.

The decent overall level by all Movistar Team riders – the Blues coming to Argentina with two neo-pros (Iñigo Elosegui (20th overall) and Johan Jacobs) and three debutants (Sebastián Mora snuck into the sprints and took 8th place today) together with veterans Oliveira, Eduardo Sepúlveda (19th) and Carlos Betancur – gave the Telefónica-backed squad the win in the teams’ competition. The José Luis Jaimerena-led roster will return, except those heading towards the Tour Colombia, to Spain on Tuesday.