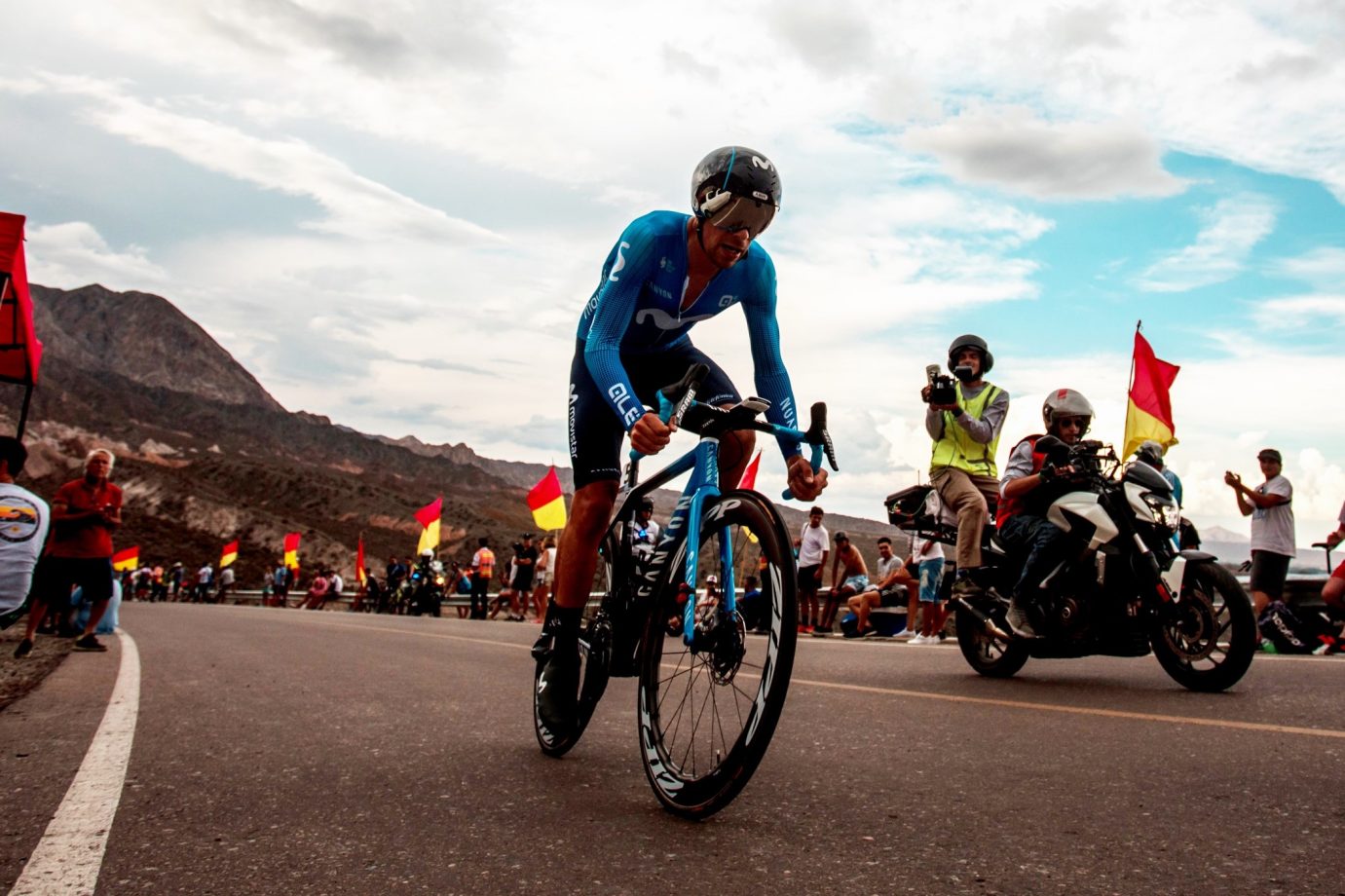 Evenepoel (DQT) dominates en route to leader's jersey, puts almost one minute and a half on Nelson, 4th, and two on Sepúlveda, just off the top-ten before Friday's Colorado mountain-top finish.

An exceptional performance over the 15km time trial course from Ullum to Punta Negra, with the climb of the Peri Lago just before the end and strong gusts of wind for the late starters, gave Tuesday’s stage three victory and GC lead in the 2020 Vuelta a San Juan to Belgian prodigy Remco Evenepoel (DQT). The European time trial champion put 32″ on his nearest rival, second-placed Filippo Ganna (ITA), into a test where the Movistar Team’s main specialists, Nelson Oliveira and Eduardo Sepúlveda, performed quite on par with their expectations.

Leaving aside the tremendous exhibition by the day’s winner, the Portuguese rouleur rode strongly and even slightly improved through today’s course, taking a brief lead at the finish with his 20’41” -ultimately 1’25” behind Evenepoel-, which was good for 4th in the day. Just few seconds off the top-ten was Sepúlveda (21’12”), who struggled a bit “with the pace that you’re always lacking in these early-season races. Still, I did feel pretty much OK, maybe a bit behind what I’d like, but still alright. Tomorrow’s stage should be nervous, just like the opening sprints. Two years ago there were crosswinds at this very stage and the stage turned into mayhem – we’ve got to remain fully focused.”

Sepúlveda was mentioning stage four of the race, the last one before the rest day in the Vuelta a San Juan, including three consecutive ascents in the Ischigualasto park halfway through the course. The summit is more than 80km from the finish, which could help the sprinters stay or bridge back and contest the win again in Villa San Agustín on Wednesday.