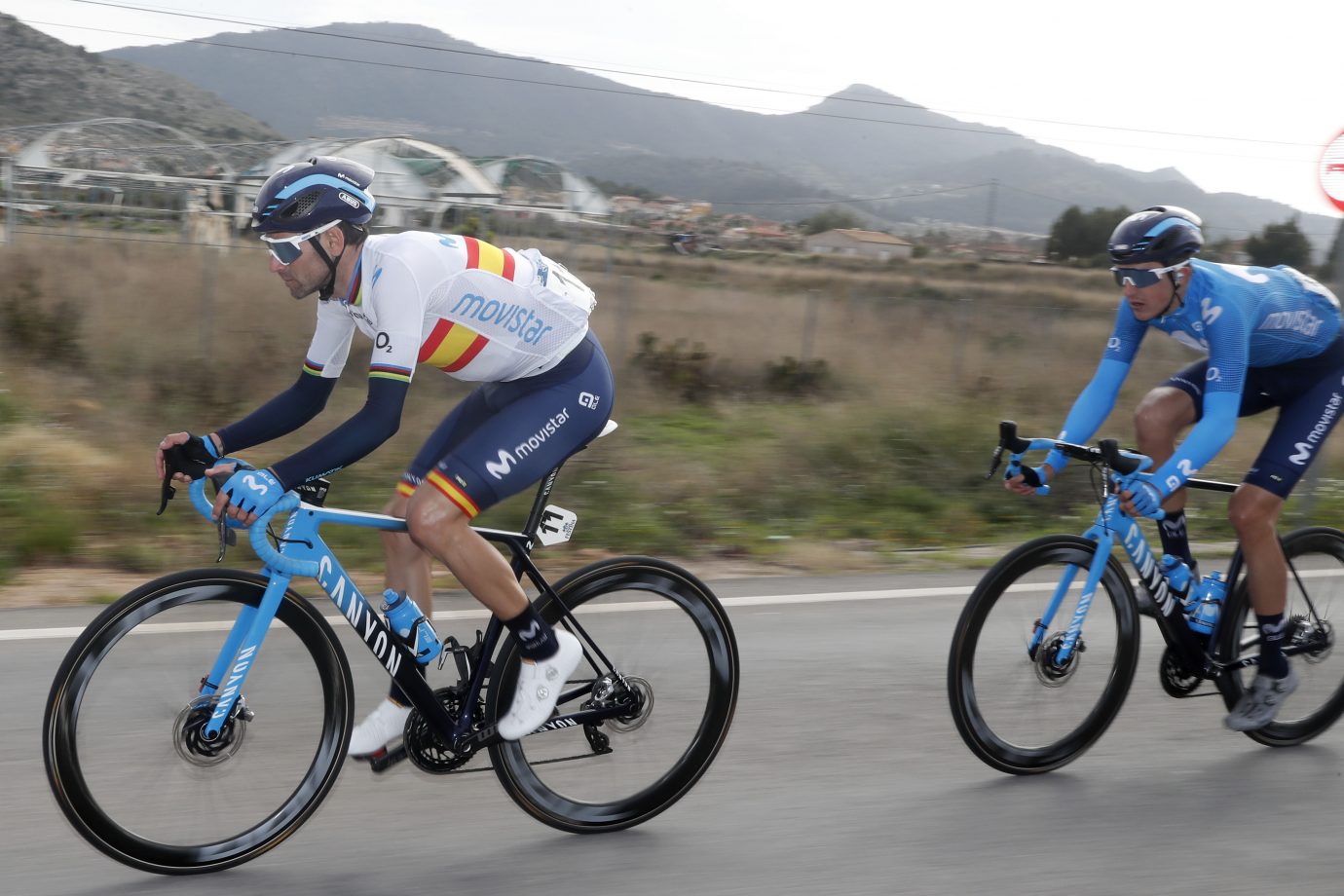 With just one crash about 20km from Torrevieja’s finish -end of the 168km stage three in the Volta a la Comunitat Valenciana– able to alter the lull of an otherwise calm day, the fight for the Movistar Team was restricted to the finishing places of the top three GC contenders -Tadej Pogacar (UAD), Jack Haig (MTS) and Alejandro Valverde-, just three places apart in the position countback.

Dylan Groenewegen (TJV) notched up his second stage victory of the week, ahead of Fabio Jakobsen (DQT) and Matej Mohoric (TBM), while Haig took over the yellow jersey with his 12th place across the finish, with Valverde in 17th -now eight places from the top-, and Pogacar in 18th -just two steps ahead of the Spaniard in the GC-. Well covered in the approach to the line by Arcas, Samitier, Cataldo, Villella and Rojas, Alejandro and team-mate Marc Soler closed the stage unscathed.

The Spanish road race champion will start tied with the lead -Soler at 8″– in a decisive stage four (156km) finishing atop the brutal Sierra Bernia in Altea: 5km at nearly 12% average gradient.