Valverde inside GC top-ten in Vuelta CV after Queen stage 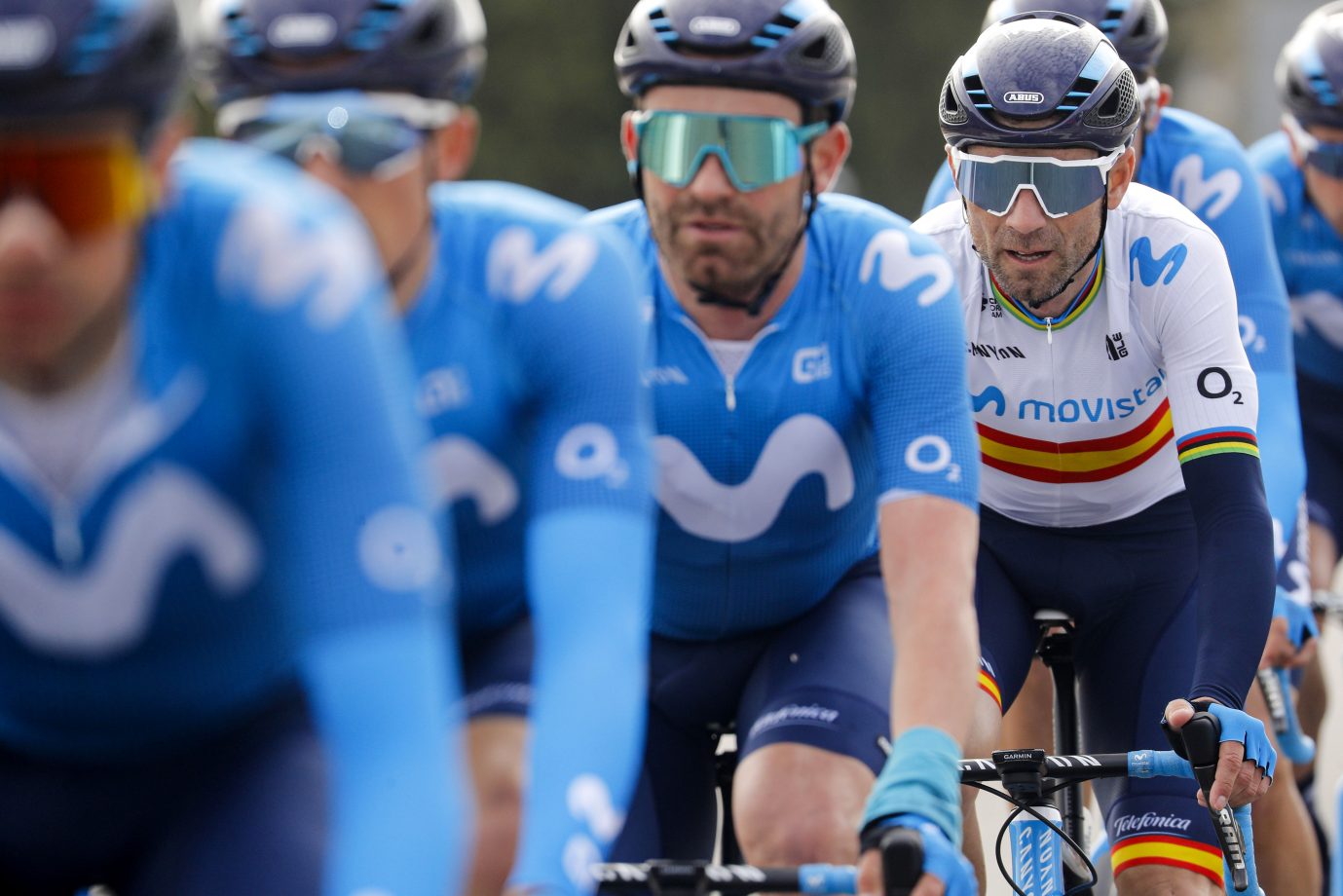 Tadej Pogacar (UAD) proved again to be unstoppable at the Sierra de Bernia, the brutal mountain-top finish (5km at over 11% gradient) of the stage four showdown in the 2020 Volta a la Comunitat Valenciana. The Slovenian youngster, who made his move halfway through the ascent, held off the late surge from Wout Poels (TBM) and Tao Geoghegan Hart (INS), his nearest rivals for the stage, to strengthen a GC lead which the Movistar Team leaders, Alejandro Valverde and Marc Soler, couldn’t approach to this time.

The squad directed by Chente García Acosta and Patxi Vila was able to stay in the right place -its main references well protected by the ever-dependable Samitier, Arcas, Rojas, Villella and Cataldo– until the foot of the ascent in Altea la Vella. While Marc lost contact into the first half of the climb, Alejandro, always consistent, only lost sight of the leaders into the steepest ramps of the final kilometer.

Just before the top, Valverde was joined back by Soler, the duo finishing together -15th and 16th across the line-, 1’14” down on the winner, which helps Alejandro conserve a top-ten overall finish. The Spanish road race champion sits in 10th, with Marc 12th, before Sunday’s final stage (97.7km), with a sprint as predictable finish, in the streets of Valencia.