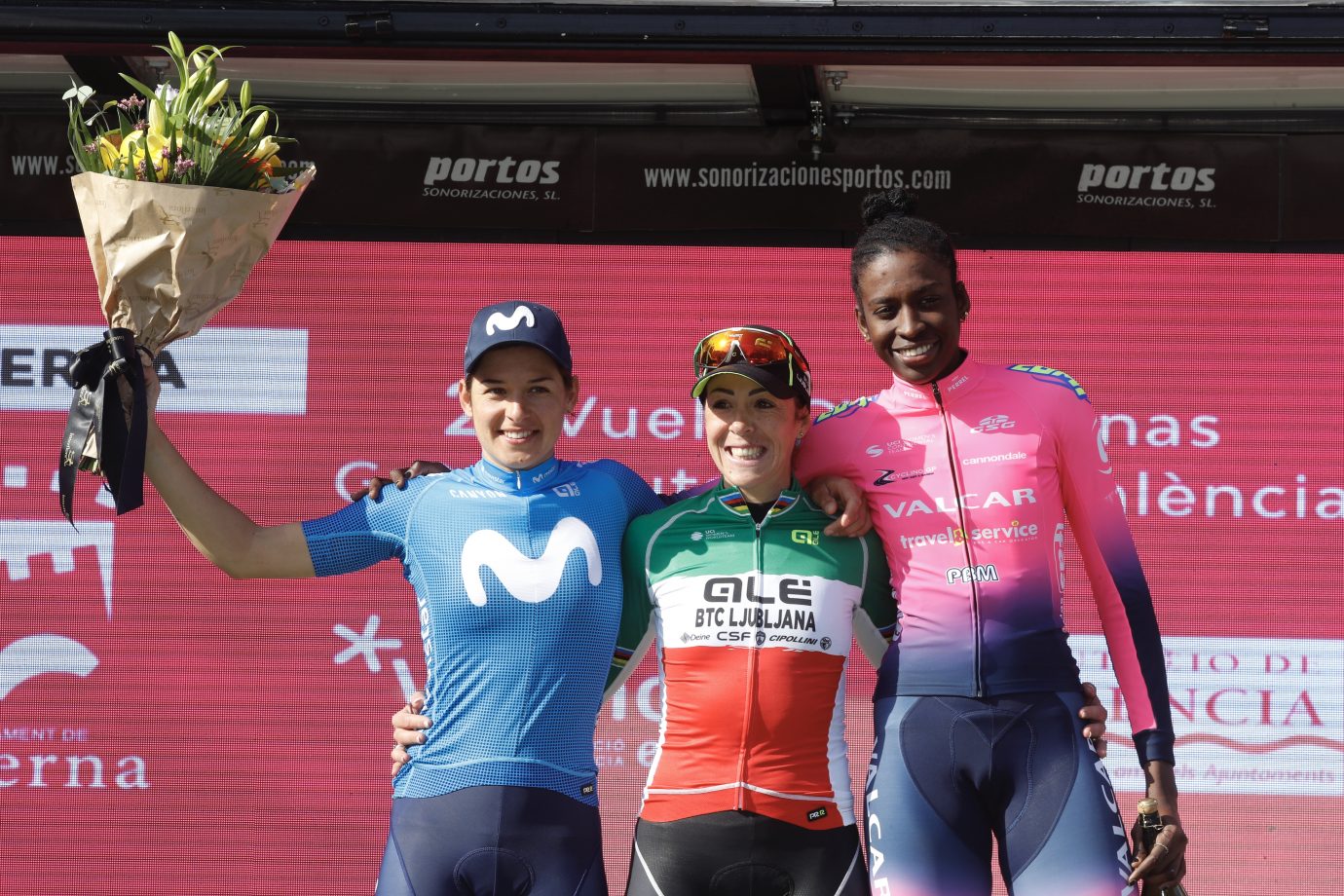 Italian sprinter from Movistar Team only beaten by fellow countrywoman Bastianelli (ALE) at Vuelta CV Féminas finish, after solid teamwork by her five Blue colleagues in the Telefónica-backed squad’s opening race of 2020.

It was definitely a great start to the women’s Movistar Team’s 2020 season at the 2nd edition of the Vuelta CV Féminas, held on Sunday over 97.7 kilometers from Paterna to Valencia. Italian Barbara Guarischi, one of the three signings by the outfit managed by Sebastián Unzué and Jorge Sanz, finished 2nd at the inevitable bunch sprint, only behind fellow countrywoman Marta Bastianelli (ALE).

‘Baby’ responded efficiently to the solid job by her five team-mates, with Aude Biannic -final leadout for Barbara-, Alba Teruel and Jelena Erić keeping her sheltered and Alicia González + Lourdes Oyarbide following the moves inside the final 25 kilometers. At a long closing sprint, where she had to avoid a touch against Danish Emma Norsgaard (BIG), Guarischi sealed the Telefónica-backed squad’s maiden 2020 podium, back into sprinting duties for a Blue outfit that will have the Italian as a reference in this new season.

“My team-mates worked really, really well if you consider it was just the first race. It’s just logical that we were lacking some cohesion, since we require to know each other well into the race and that’s something you learn only with experience. What we did together today, what they did for me, was brilliant, and I’m sure we will do even better throughout the season. We just have to keep working hard together and believe in what we do. It’s a very nice start.

“It was quite a nervous race, one where we had to keep an eye on every split into the bunch near the end, and a very long, difficult sprint. Aude helped me out getting into the final straight in a good place, but the sprint was launched with 400m remaining, so far from the finish, and I had to push for so long. All in all, a second place, which leaves me happy. We must keep pushing so we can reach that decisive step further in the near future.”