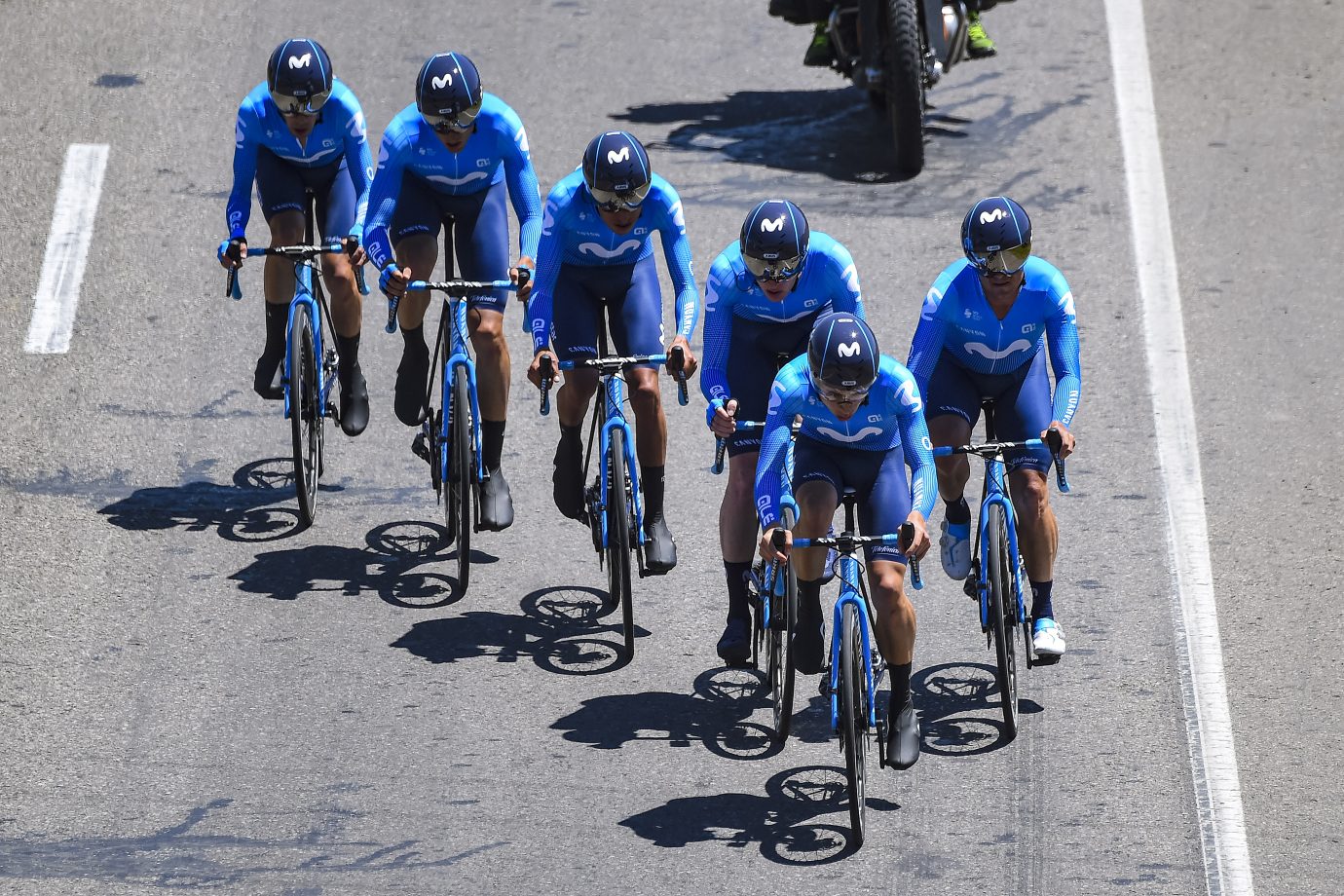 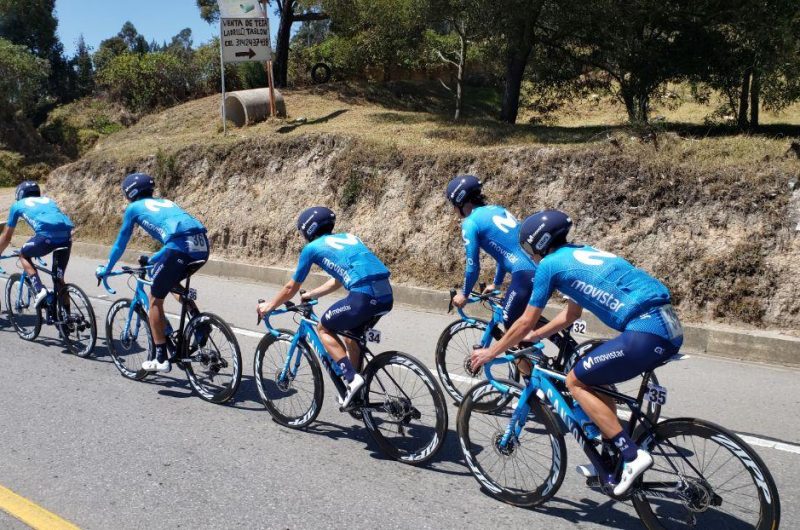 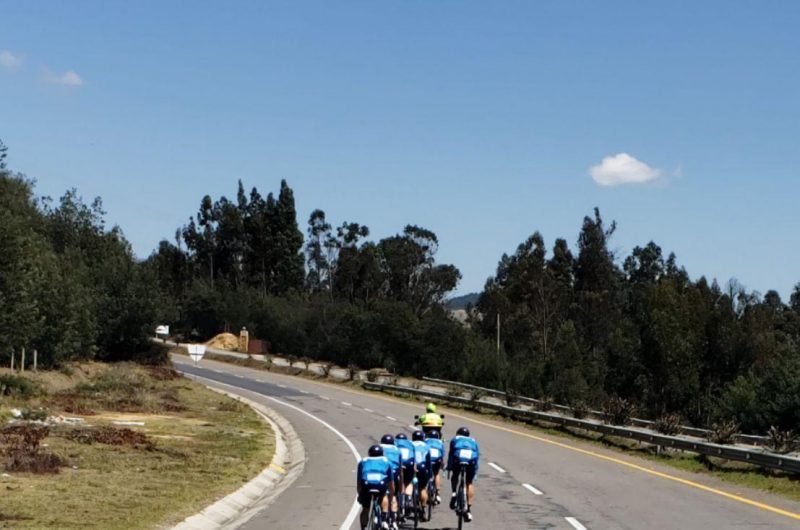 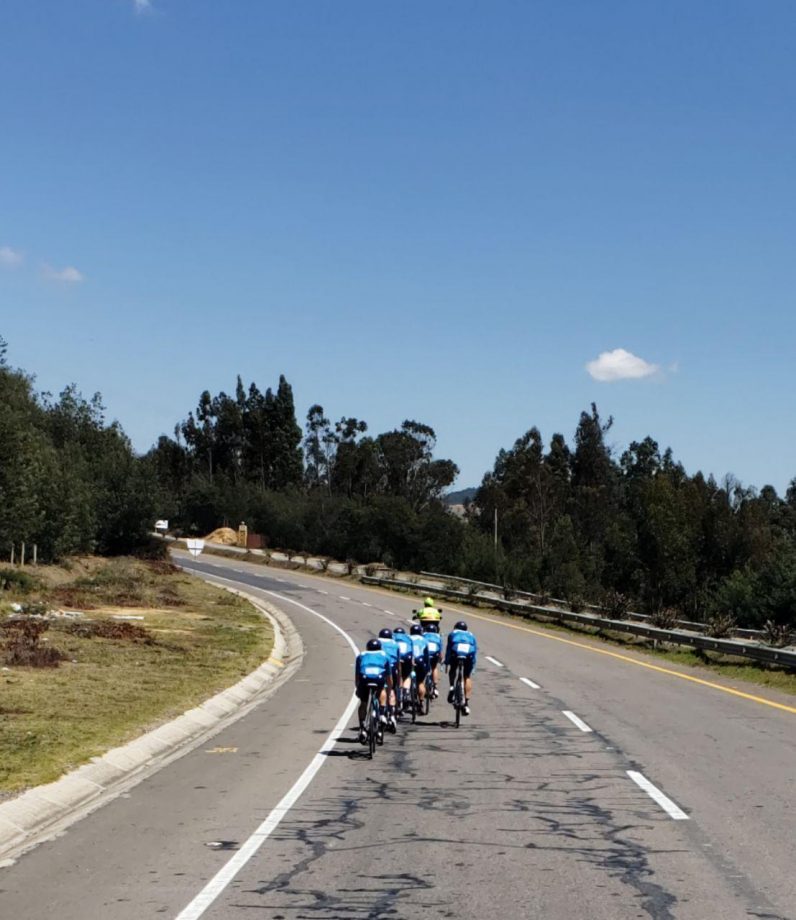 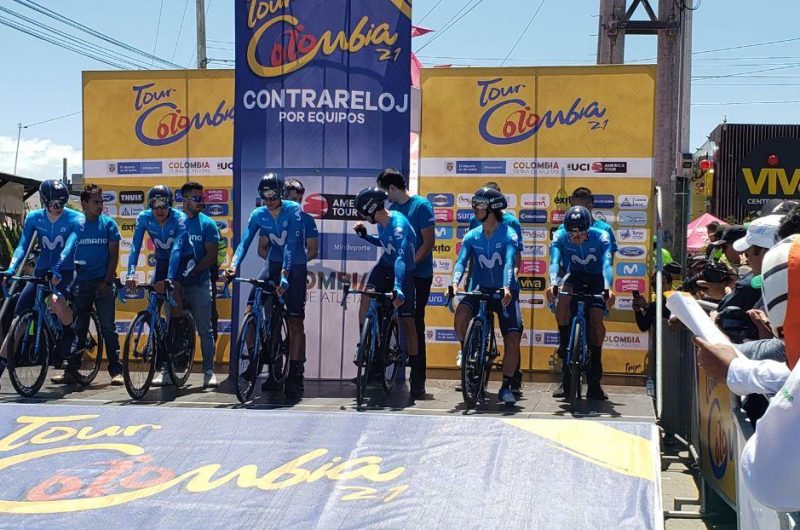 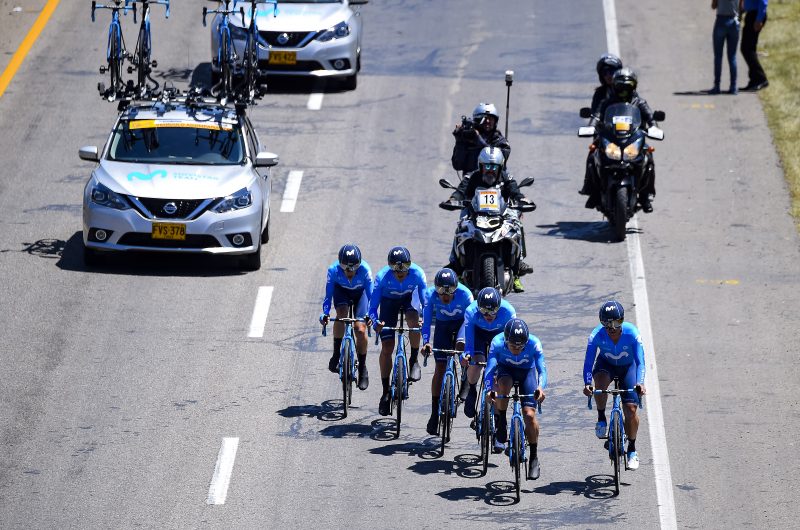 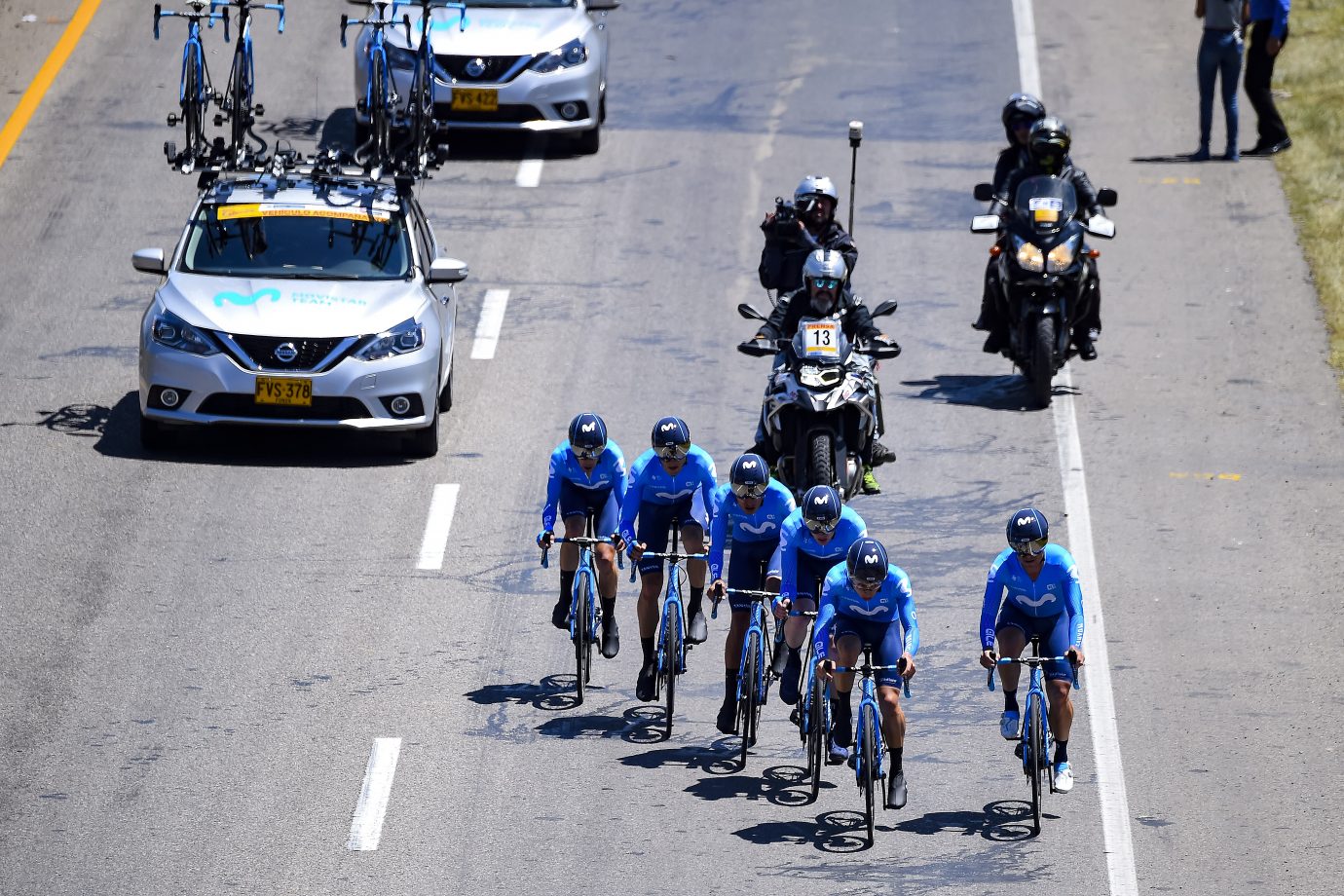 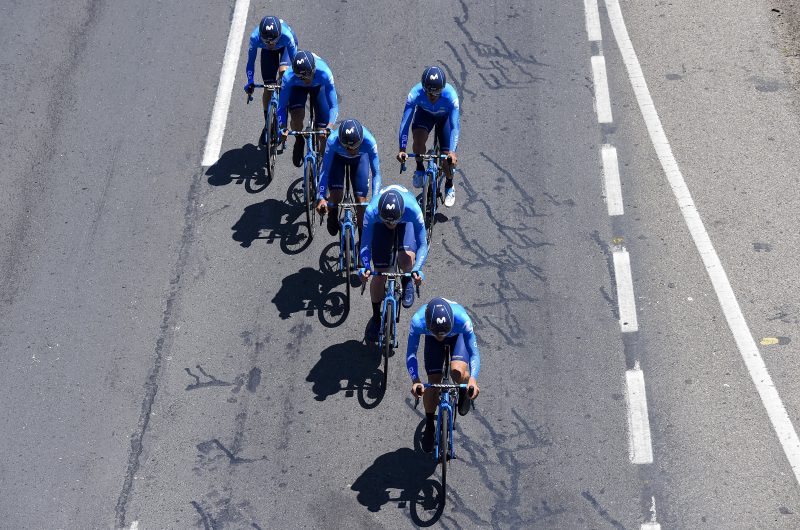 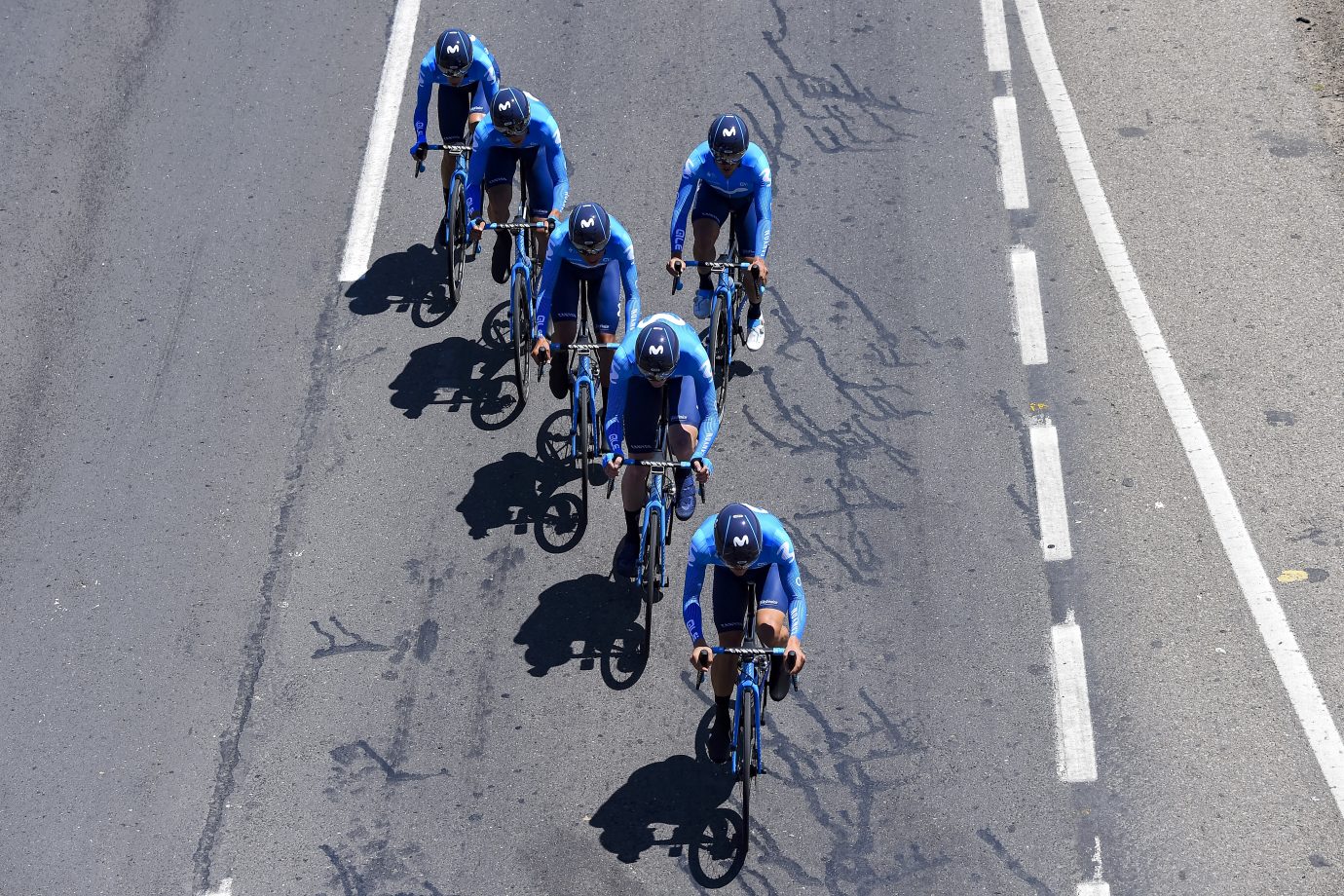 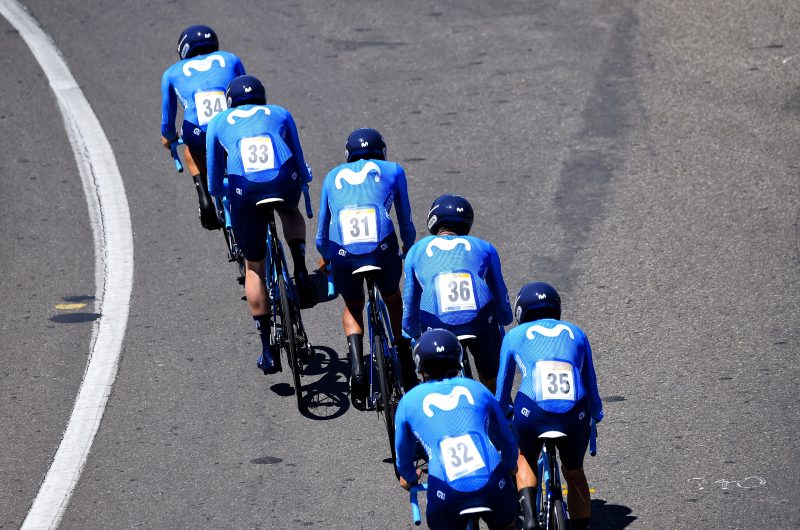 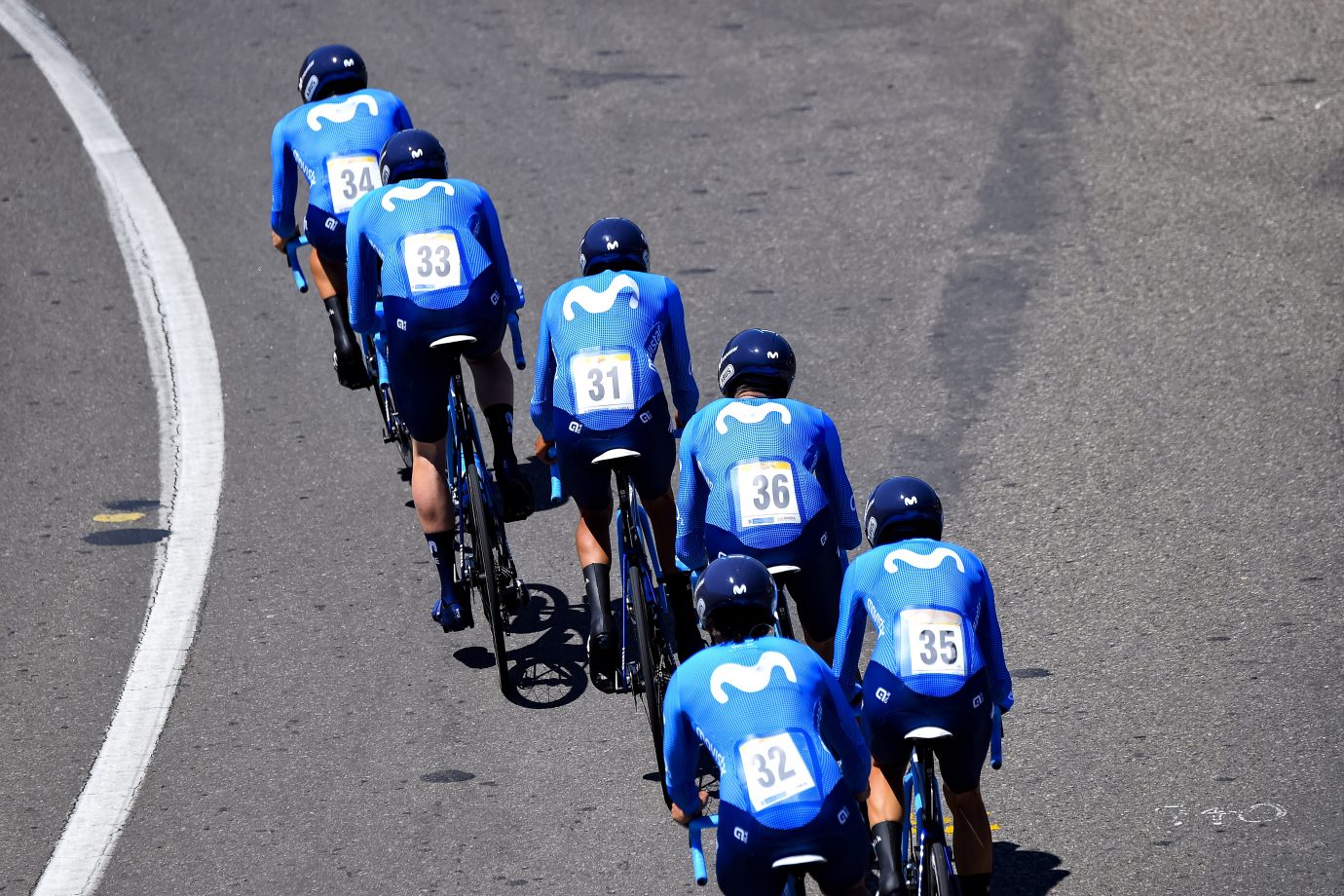 Ecuadorian Jonathan Caicedo (EF1) took over the first leader’s jersey of the 2020 Tour Colombia after a resounding victory by the American squad in Tuesday’s opening team time trial in and around Tunja (16.4km). Education First (18’01”) put no less than 45″ on their nearest rivals, Deceuninck – Quick Step, on a course for pure rouleurs, with just one long slope (2km at less than 4%) near halfway through the route, in which the Movistar Team completed a fine effort for 7th place.

The Telefónica-backed squad, with three neo-pros -locals Einer Rubio and Juan Diego Alba, plus American Matteo Jorgenson– alongside the more experienced Betancur, Verona –who suffered a puncture with 2km to go– and Sepúlveda, kept good cohesion until the final kilometers and posted a time of 19’03”, one minute behind EF yet less than twenty seconds down on teams with specialists like Deceuninck (18’46”) or INEOS (18’47”).

It’s a boost of morale for the young roster here directed by Pablo Lastras, which will be tackling the first road stage of the event on Wednesday, one for the sprinters, from Paipa to Duitama (152km).

Pablo Lastras: “I’m really satisfied after this time trial, especially with the feeling of unity and strength by everyone in this group. The turns were perfect by everyone today – the boys spent every bit of energy they had in their legs, they left everything on the road. It’s a kind of effort we as a team were a reference at in previous years – we’ve now got a lot to improve, and we’re willing to make those efforts to regain terrain at TTTs. I’m feeling really happy with the attitude the lads are showing here in Colombia, and I’m eager to see them evolve during this race.”

Carlos Betancur: “The team was really good today. We rode well together, we kept a good pace all over the course and were able to finish with a decent result. I’m hoping for an easier stage tomorrow after today’s big effort – even if it was only 16km, the high altitude and the pace of such a race makes everything really hard for us.”