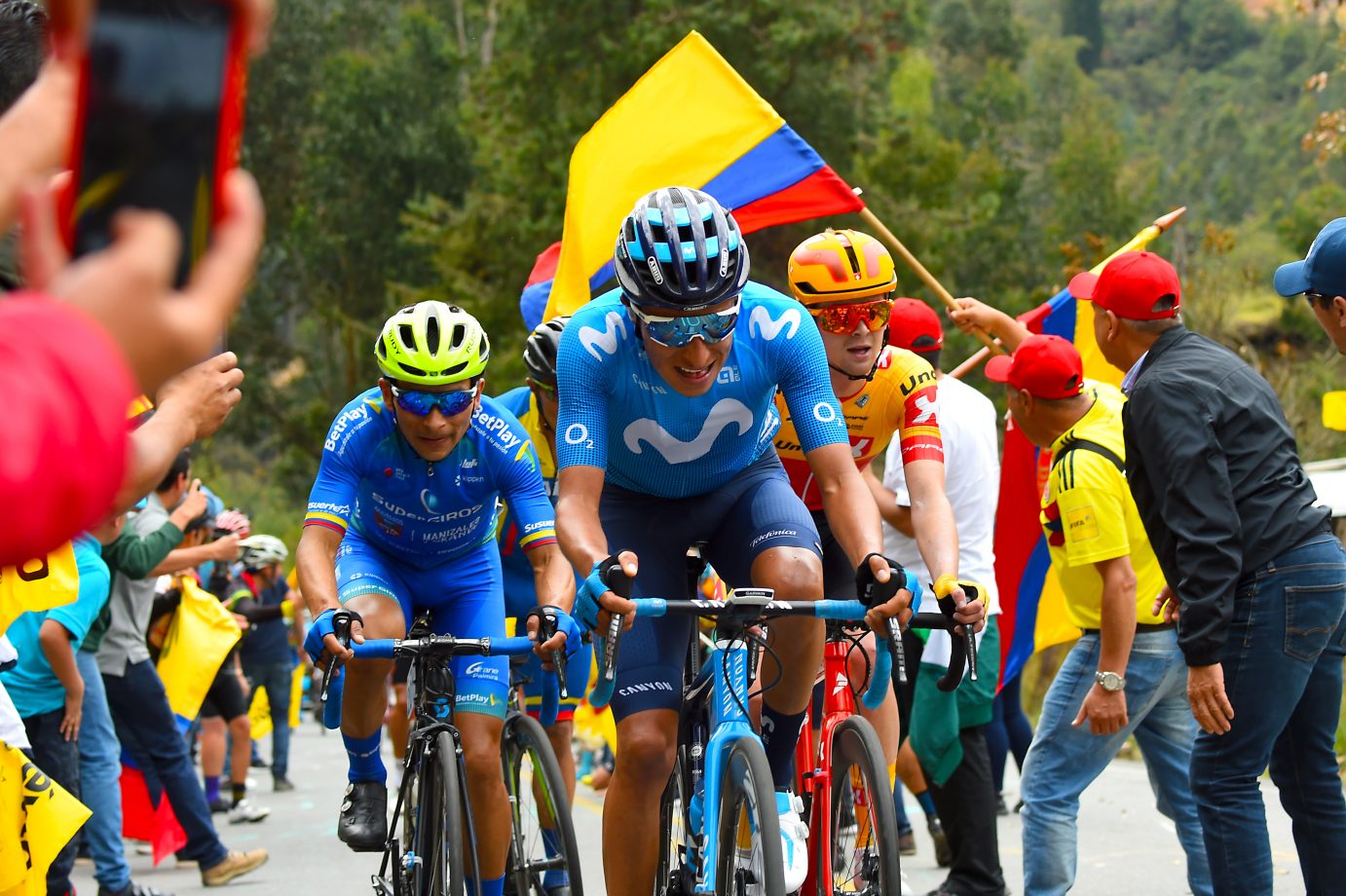 Aged just 22 and in his second race wearing the Movistar Team colours, Juan Diego Alba took charge of bringing a good result to the Pablo Lastras-led team during stage four of the 2020 Tour Colombia, 168km between Paipa and Santa Rosa de Viterbo.

The youngster from Tuta, Boyacá, kept the impressive pace of the favourites’ group, led by INEOS, until the last kilometers of the Alto Malterías (Cat-3), whose slopes, generous yet still lumpy -around 5%-, allowed the GC contenders making the difference and leave the sprinters behind.

Alba finished just behind the second group, 39″ down, which now puts him in 17th spot overall, +1’51” after the day’s winner and new GC leader Sergio Higuita (EF1) and just 20″ off the top ten. “It was such a fast pace uphill and I paid that effort near the finish, also because I’m still lacking a bit of racing pace. But that’s why we’re here: to acquire the form we need in this early part of the season and hopefully get some results at our main goals back in Europe“, were Juan Diego’s words.

The Tour Colombia will visit Egan Bernal’s (INS, 2nd today) home city Zipaquirá tomorrow on stage five (180km), the last chance for the sprinters. After that, Sunday will bring the Queen, decisive stage, over the climbs of Patios and, most notably, El Verjón, end of the race and its highest point at nearly 3,300 meters above sea level.