Valverde on the attack in ‘his’ Sierra Espuña 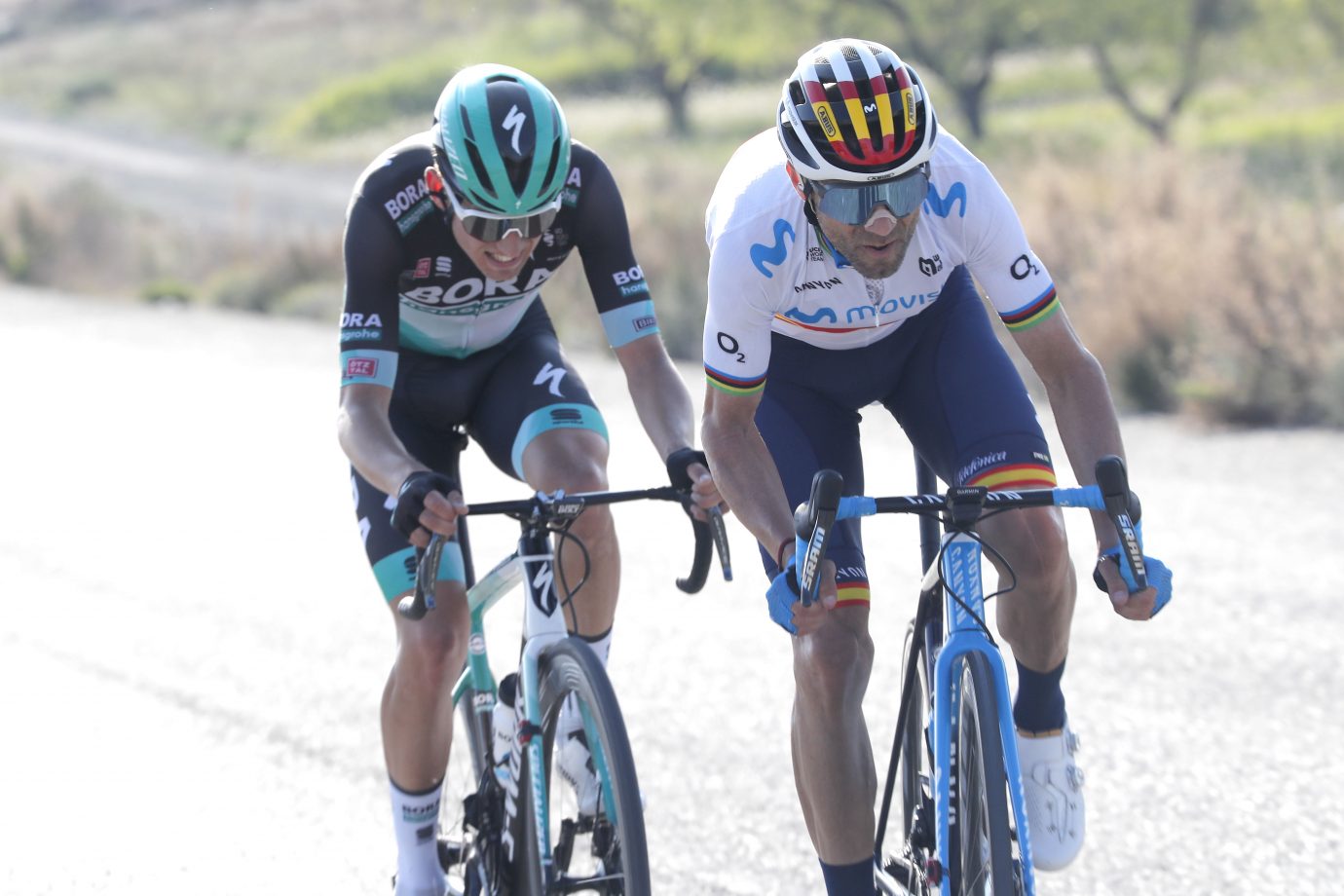 Belgian Xandro Meurisse (CWG) claimed overall honours in the 40th edition of the Vuelta Ciclista a la Región de Murcia, coming to its end on Saturday with the traditional 179km route from Santomera to the capital’s Gran Vía around the Sierra Espuña climbs. In the ascents, just like every year, Alejandro Valverde (Movistar Team) was one of the most combative riders in the peloton, willing to offer a good spectacle in front of his home crowd.

Supported by a Movistar Team whose best placed rider overall, Héctor Carretero, paid his efforts from yesterday’s break to finish inside the main bunch, 5′ back –he ended up in 7th in the GC-, ‘Bala’ went on the move through the Collado Bermejo (HC) after consistent pacing work from Albert Torres, Nelson Oliveira, Iñigo Elosegui and Antonio Pedrero through the early climbs.

The move helped set a five-man leading group Alejandro further reduced into the Alto de Gebas (Cat-3), joined by Lennard Kämna (BOH) after his second attack. The duo’s advantage, 1’15” at the top, was nevertheless brought down to zero by CCC and Astana, the latter eventually claiming a one-two result with Luis León Sánchez and Omar Fraile. Alejandro crossed the line in 7th place.

Tour de la Provence: Jacobs back into the break towards Mont Ventoux

In turn, Lluís Mas and Edu Prades were the Movistar Team’s top finisher at the third, decisive stage of the Tour de La Provence, over the famous Chalet Reynard climb – two thirds of the legendary Mont Ventoux ascent. Johan Jacobs was part of the morning break, five riders staying together before the final 50km, before an attack by local Rémi Cavagna (DQT), only caught by the main favourites at the foot of the steepest ramps. The squad directed by Max Sciandri will end on Sunday a race which saw Davide Villella not taking today’s start, sick.