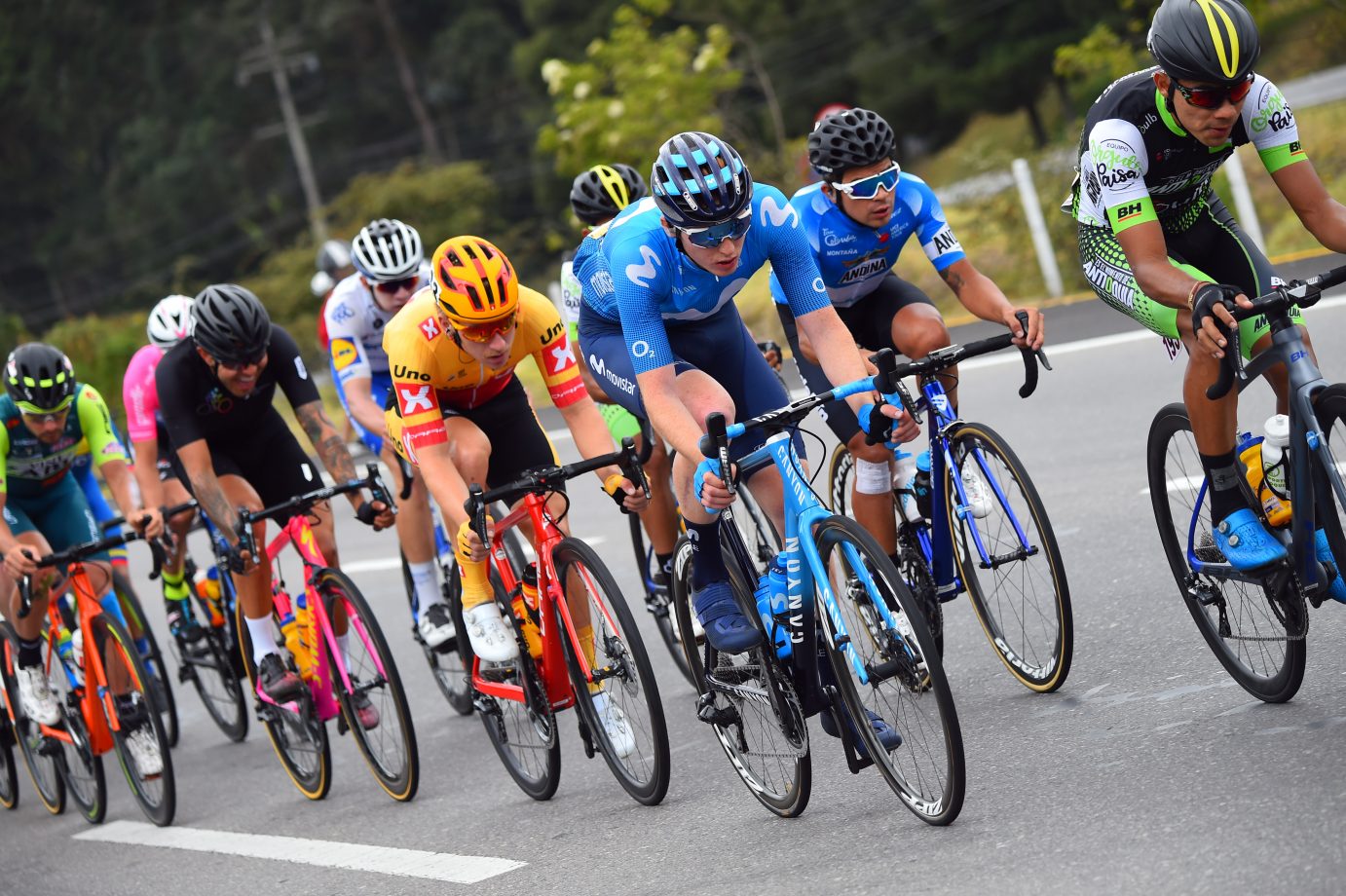 EF Pro Cycling took it all at Sunday’s final stage of the 3rd Tour Colombia, the long-awaited mountainous showdown over the climbs of Patios and El Verjón, just next to Bogotá (182km). Dani Martínez notched up the day’s honours despite strong opposition from INEOS’ Egan Bernal, completing a 1-2-3 alongside Sergio Higuita (GC winner) and Jonathan Caicedo (3rd in both the stage and the overall).

Knowing how they could materialize their chances to shine, the Movistar Team’s youngsters took to the front from very early, and made part, with American Matteo Jorgenson, of an early, 13-man breakaway which led the race until the first half of the Alto de Patios climb. At those, Juan Diego Alba tried to follow the top guns’ wheels, and he succeeded to keep the pace of the GC group up to the foot of El Verjón, later dropping back without any room for respite.

The roster here directed by Pablo Lastras will return to Europe tonight, after a one-month tournée in Latin America between the Vuelta a San Juan and their third Tour Colombia appearance.

“It was a very difficult day. I was already feeling not really well at the start – I was struggling into the flat and the little climbs, and at the two ascents of Sisga I was suffering a lot. After those climbs I was able to recover a bit, and I even tried to gain some places into the downhill of Patios to start El Verjón into a good psition, yet I saw at that climb I wasn’t going really that well. We lost time, yet we must stay happy because we fulfilled the plans we had prior to the start, which was gaining form before the European season. I want to thank all people from our country for their support throughout the race, especially the Boyacá and Tuta locals for their enthusiasm. It was a beautiful debut.”