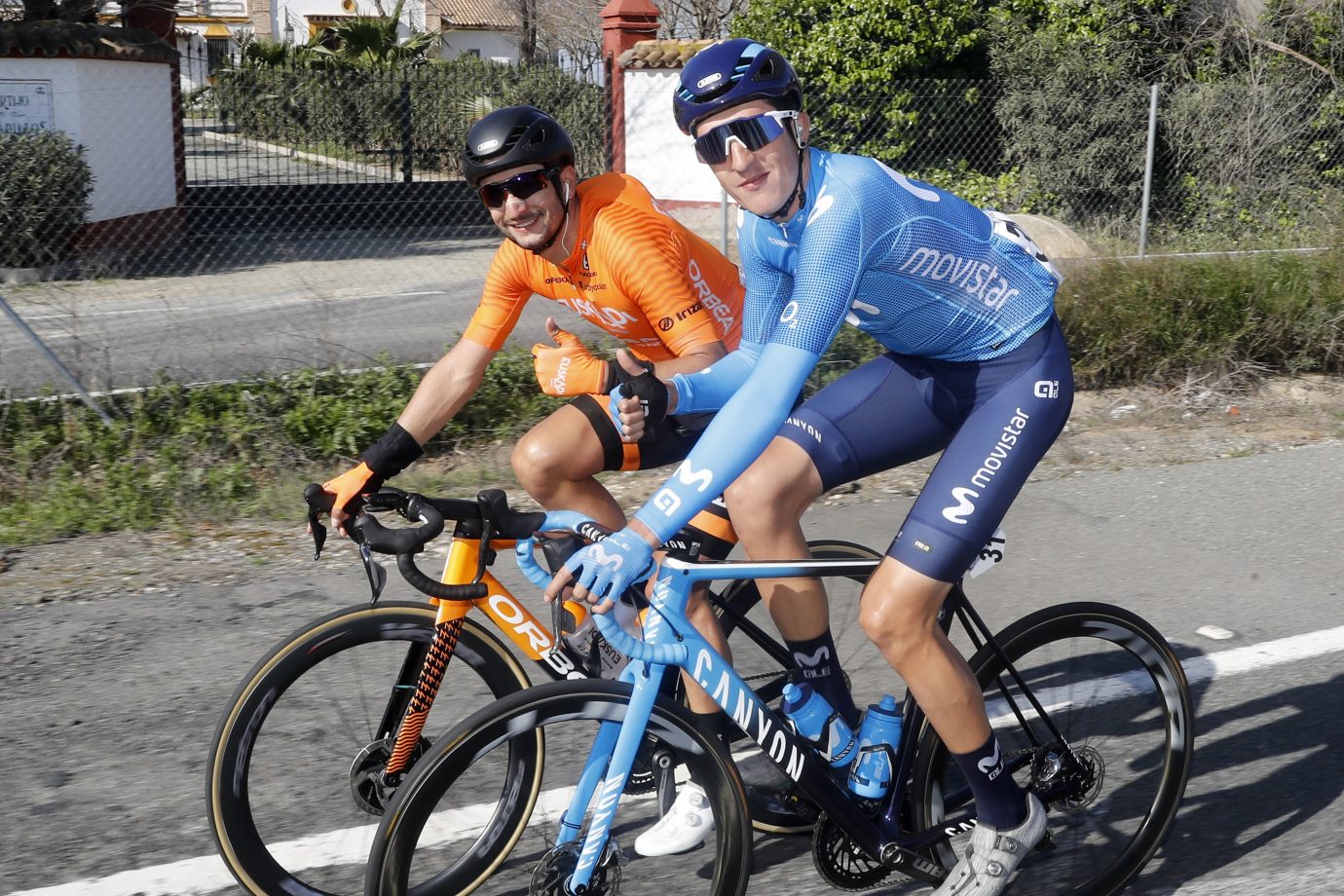 Enric, Jorge on the attack before decisive move by Gonzallo Serrano (CJR), winner on day 2 of the Ruta del Sol. Marc now just off overall top-ten, with Fuglsang (AST) still in the lead.

It was a big surprise in Iznájar, end of the longest stage (198km) in the 2020 Vuelta a Andalucía, as Gonzalo Serrano (CJR) crowned a big attack inside the final kilometer over the tough slopes in the Cordobese town to win ahead of Juanjo Lobato (FOR) and Dylan Teuns (TBM). Jakob Fuglsang (AST) had no troubles to retain his yellow jersey.

Having suffered a bit more than they wished at Wednesday’s Las Palomas ascent, the Movistar Team tried to go on the move in the finale. The Blues took advantage from the speeds through the Puerto de la Parrilla (Cat-3) to briefly launch an attack at the top with Enric Mas, lead the descent later on with most of its roster and send Jorge Arcas into an acceleration early into the Iznájar slope. The Aragón native was overtaken by an impressive Serrano on his way to victory.

Marc Soler was able to stay with the main contenders, 10th over the line to now sit in 11th spot overall, always 1’21” behind the GC lead. Antonio Pedrero remains in 15th place.

The Ruta del Sol will travel on Friday through the millions of olive trees of the Jaén province, starting from the capital and covering a tough 176km course on stage three, with five rated ascents including the Alto de Baeza (Cat-2), just 15km from a torturous finish in Úbeda.