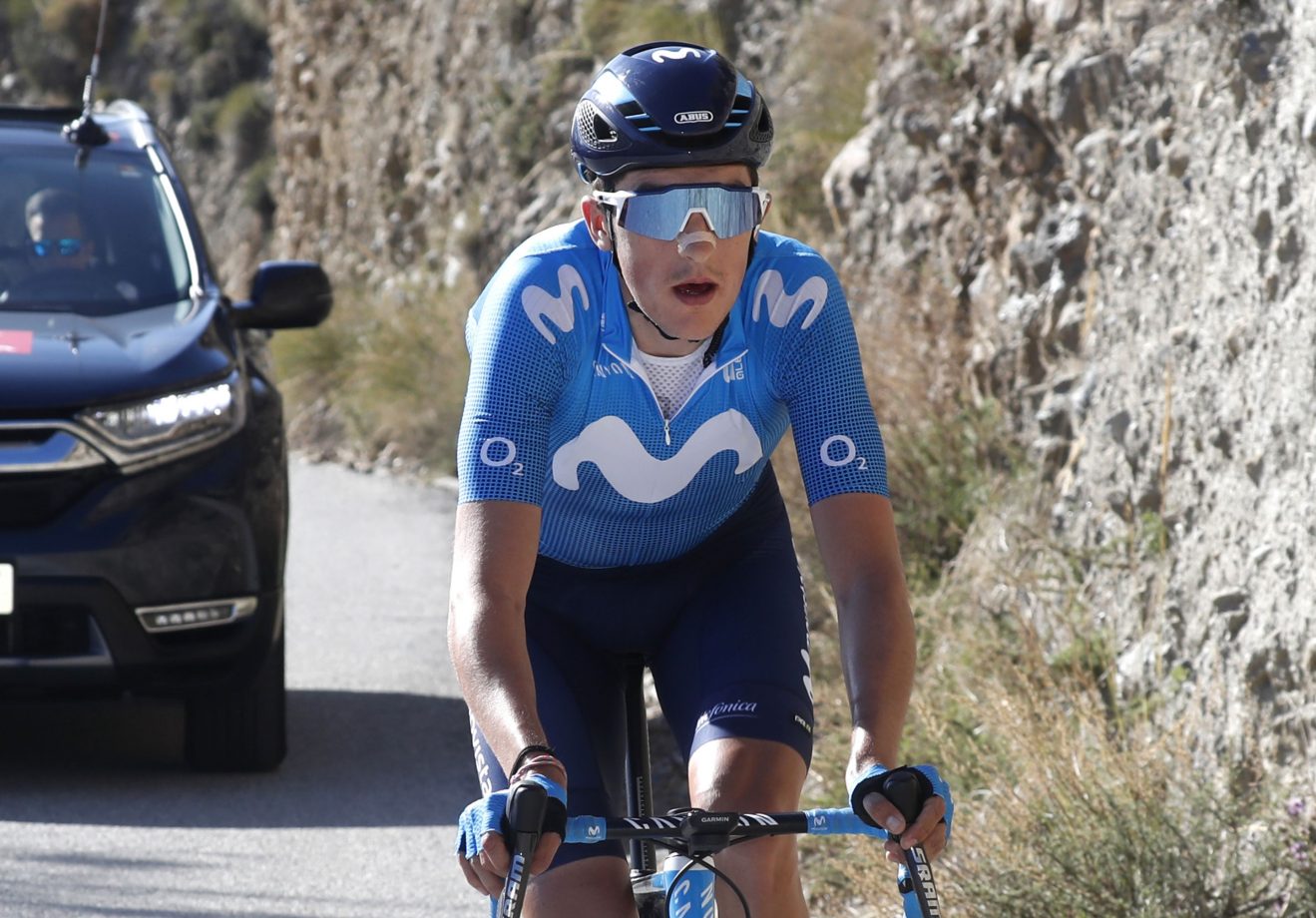 Australian Jack Haig (MTS) notched up Saturday’s victory at the tough Granada stage of the 2020 Vuelta a Andalucía, a short route of just 125km from Villanueva Mesía to the province’s capital yet with a demanding final climb to El Purche (Cat-1), where Jakob Fuglsang (AST) reasserted his strengths at the top of the GC before Sunday’s TT showdown (13km) in Mijas.

The Movistar Team again made their best efforts to complete a good performance in a Ruta del Sol where Marc Soler improved his provisional overall result from eighth place to seventh. Kept under cover by his team-mates before the final climb, with Nelson Oliveira representing the Blues into an early, 18-man breakaway, the Catalan enjoyed luxury support from Enric Mas, who helped him close a gap, halfway through the ascent, against the main GC contenders. The Vilanova native was able to stay with the yellow jersey until the final 4km uphill.

Marc would end up struggling and coming back to a second pursuit group, where he took 7th place in the stage -1’14” down on the winner- and an identical spot overall -57″ behind the top five, now two minutes off the podium-. The Movistar Team will now tackle a TT where the Blues will be able to use their Canyon Speedmax bikes for the first time in 2020, since both the San Juan and Tour Colombia time trials required conventional machines per race regulations.